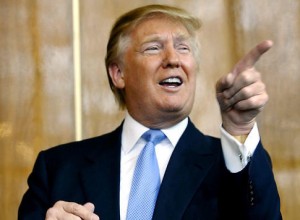 *Ms. Sypek, what do you think of Donald Trump?* Karim asks. I quickly scramble around in my mind, trying to think of an answer that’s both diplomatic and clear. *I don’t really like Donald Trump,* is what I decide to say, to which he promptly responds, *I don’t like Donald Trump either.* I exhale, hoping I have managed to escape the topic of Trump without too much of a hassle. I am wrong.

It’s literacy time in Ms. Smith’s fourth grade classroom. Students are working with partners and in small groups to read nonfiction books about the US government, and I am working with four struggling readers. I am a student teacher at an urban public school in one of the most diverse cities in Massachusetts. In our classroom of 26, we represent 22 countries.

Our short nonfiction piece is from a book called Meet the United States Democracy, and it describes the branches and basic functions of the United States government. As we read, my kids notice and point out all the pictures of George W. Bush, who was president when the book was published.  I am surprised because they are only 9 and 10 years old, so the only president they have really known is Barack Obama. Inevitably, our conversation turns to the current presidential election. 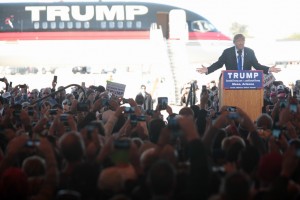 *Ms. Sypek, if Donald Trump gets elected, will me and my family be deported?* Karim asks, picking up where he left off. Karim’s family is Muslim, with roots in Morocco. They visit often, and Karim frequently tells stories about *my country.* He is an artist, and he struggles to be engaged and productive at school.

My first instinct is to correct him sternly. No, Karim. Donald Trump never said that. I’m not sure where you heard or read that, but it’s only a rumor. Donald Trump would never deport families who live in our country. Then I remember his plan to stop Muslims from entering the United States. I remember the proposal to create a database of Muslim people, which Trump did not suggest but does support. Words like, *vigilant,* *surveillance,* and *eliminate* come to mind. Suddenly Karim’s question does not seem all that far-fetched.

He continues. *I don’t talk about my feelings that much, but when I think about this my heart starts beating really fast. I sometimes have nightmares about if Donald Trump is president. My parents watch the news and I hear them talking about it.*

*I don’t talk about my feelings that much, but when I think about this my heart starts beating really fast. I sometimes have nightmares about if Donald Trump is president. My parents watch the news and I hear them talking about it.*

Another student asks, *Karim, are you about to cry?*

I did my best to allow the conversation to continue to its natural end, only answering questions that were asked directly to me. More and more students joined in, discussing what they had heard about Trump and his plans.

Some people say that Donald Trump *tells it like it is* or *talks about the issues no one is talking about.* Many others say that he is racist, sexist, and dangerous for the wellbeing of the United States. Ultimately, many of the loudest and most visible commenters are people who hold immense privilege in our country. They are U.S. citizens, native English speakers, white people. 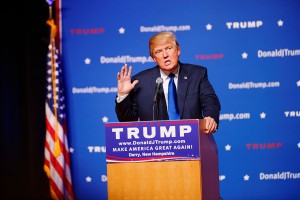 My students are nine and ten years old, and many of them are neither white nor native English speakers. They believe in ghosts, play with Yu-Gi-Oh cards, and are concerned with whether I know how to *Whip* and *Nae Nae.* In class, they are learning about perimeter, capitalization, and volcanoes. Judging by conversations like the one I had with Karim, it is clear that they are also learning a great deal about Donald Trump. They know he has called them dirty, lazy and dangerous. They know he is interested in tracking them, stopping them, moving and removing them. They are learning that Trump’s plan for our country may involve much less freedom for people like them than our reading about democracy in the United States describes:

For the sake of students like Karim, I hope this continues to be true.

Mary Sypek is a student teacher at a Boston elementary school. Names in this piece have been changed to protect anonymity. Send comments to tips@haveyouheardblog.com.

Like this blog? Check out my new podcast: Have You Heard. And consider supporting my work on Beacon. All donations are matched 100%, which means that I’ll be twice as grateful for your generous contribution!