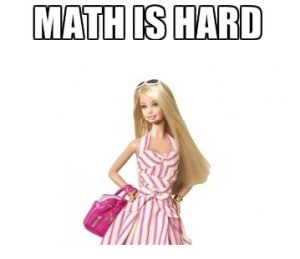 One of the many ways that charters are truly innovative–other than in almost every way–is their truly innovative approach to math, or mathematics as some call it. In a traditional public school that is bound by an enormous and innovation-stifling union contract there is a strict requirement that numbers add up. But for innovative charters, well, it’s a little different.

EduShyster was recently schooled in the fine art of charter math thanks to reader @jshoreboston, a public school teacher who, it turns out, can add better than you might think–at least during school hours. Like most public school teachers, Shore is contractually prohibited from adding, subtracting, multiplying or dividing on school grounds after 3:00 PM because that is when the school day ends and anything else, even a very simple equation, costs extra. I am not kidding people–it says that on page 542 of the contract.

Anyway, Shore’s attention was caught by an excellent story about the Brooke Charter Schools, an outstanding group of Boston charters that scored $1.5 million large to close the achievement gap by expanding their mini empire of schools. Now this is great because closing the achievement gap is the civil right$ i$$ue of our time. But when Shore took a closer look he noticed that something in Brooke’s numbers didn’t exactly add up. While 47 students had started as 6th graders, the 8th grade graduating class consisted of just 17 students. So let’s see 47 minus 30 equals??? My head hurts! Is it time for recess?

Fortunately an innovative math specialist from the Brooke Charter Schools was able to stay after school in order to explain the math behind the math.

Your detective work doesn’t measure up. The student attrition rate for Brooke charter schools for the 2011 school year was 3.5%. That number can be found on the same department of education website where you presumably found the numbers you cited. By comparison, the student attrition rate for Boston Public Schools was 15.5% for the same year (same website). In other words, students at Brooke were considerably less likely to leave their school than students in the Boston Public Schools last year.

Of the 3.5% who did leave last year, the majority were students in grades 6-8, many of whom earned acceptance to a high-performing middle/high school like Boston Latin School, Boston Collegiate Charter School, or Boston Preparatory Charter School. We aspire to have a high school one day. Until we do, we will work hard to place our students in high school programs like these, even if that means they have to leave Brooke before graduating from 8th grade.

You refer to our graduating class of 2011 of 17 students. That cohort began with us in 5th grade as a group of 47 students. Of those students, only 8 left at any point over their four years with the school because they were dissatisfied with the program. The breakdown among the remaining 39 students is as follows:
• 17 graduated on time
• 8 repeated a grade and graduated the following year
• 10 earned admission to a high performing middle/high school starting in grade 6/7
• 4 moved out of the city of Boston

Well that seems perfectly obvious. Let’s try that again, shall we? Start with 47 sixth graders, subtract 30 and you end up with… Got it! $1.5 million. Did I mention that closing the achievement gap is the civil right$ i$$ue of our time?