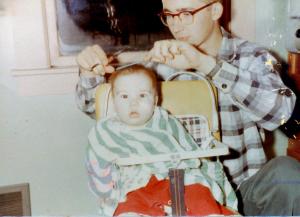 EduShyster: You started your blog, Curmudgucation, about a year and a half ago, and by my count you’ve written close to 782,000 posts since you went live. So I put to you the question that no one else has had the nerve to ask: Is Peter Greene a person or is he actually an algorithm?

Peter Greene: If you ask my 11th grade English students they’ll tell you that I’m the monster in the closet… I’ve been doing opinion writing since I was in college, and I’ve had a newspaper column for the past 15 years. The guy who originally hired me gave me a few parameters. Anything I write has to have a local angle and I can’t libel anyone. As long as I stay within those lines I’m OK. But my editor would only tolerate so much writing about education. And as things started heating up in the world, the more things I felt like I needed to say.

EduShyster: You mean you’re actually producing more writing than what we see on your blog? What do you write about when you’re not curmudgucating? 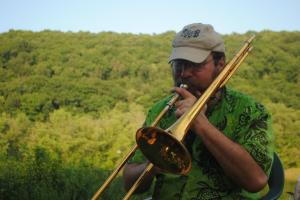 Greene: I write about anything and everything, which is a nice outlet for me. I just did a piece that covered an ongoing feud between our city council and the general authority that runs our water and sewage system. Riveting stuff. I threw in Tiny Tim for good measure. Sadly, my newspaper bosses keep the paper behind a paywall. I write for one of the two newspapers that cover the rural Pennsylvania county where I live, so I’ll write about local news, politics, history—things about the area that I think are cool, history. I like the place I live a lot.

EduShyster: So you live in a remote area of Pennsylvania, you have a strong interest in education, not to mention a huge and loyal following. I knew there was something familiar about your story.

Greene: Except that I’m not a reclusive cleric.

EduShyster: A number of us were forced to turn to blogging because our loved ones refused to hear any more of our strong opinions about education. Did this happen to you too?

Greene: I have this thing—and it’s probably part of why I write as much as I do—if something is stuck in my brain, I can’t really talk about it or I lose it. But my wife reads some of what I write and has been known to complain on occasion that she can’t keep up with my output. She’s a good touchstone for me in that she’s in the trenches, working hard and is focused on the work of being a first-grade teacher close to the beginning of her career. In other words, she’s not necessarily spending hours every day keeping up with the education reform movement. Once you go down that rabbit hole it’s easy to start throwing around names and references that mean a lot to the others who are down in the rabbit hole but not so much to people who are on the ground. 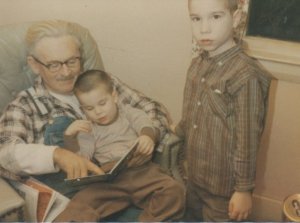 A young Peter Greene casts a stern eye on the world.

EduShyster: Funny you should say that because I’m actually conducting this interview from inside a rabbit hole. So my apologies about the echo. I want to ask you about your own story of becoming a teacher because it’s a little unusual.

Greene: I went through a very non-traditional education program at Allegheny College that required us to do our student teaching in a school in Cleveland. I took classes while I was student teaching, and at least one of the classes was taught by someone who saw us every week so that the classes were about things we were actually dealing with. That kind of supervision continued through the first year of teaching and it was an enormous level of support for starting out compared to what a lot of people who are coming out of traditional programs get. Because of the nature of the program, we had to teach within 40 miles of downtown Cleveland, which is how I ended up in Lorraine, Ohio. I interviewed 16 places, the 15th place offered me a job. I signed my contract on Thursday. Friday was new teacher orientation. Sunday the union met and voted 746-3 to go out on strike. We were out for six weeks and at the end of the year I was laid off.

EduShyster: In other words, your story could have ended up in a very different place, with you, say, heading up an education reform organization devoted to putting students first. But instead you’re teaching English and blogging up a storm, taking on what you refer to as *reformy stuff.* Do you feel like you’re having an impact?

Greene: You know, I really don’t have any idea. There’s something both weirdly connective and yet strangely isolating about working this way. With my newspaper work, I’m writing about local issues and I go out into the world and people walk up to me and tell me what they thought. I feel like the newspaper writing is part of a larger ongoing conversation that I can see. With blogging, it’s much harder to know. I know that there are definitely some pieces that touch a nerve.

The miscalculation with education is that what’s happening to schools affects people far more directly than some of those other issues.We get this dynamic where reformers say *I’m going to do this thing that’s really wonderful. I’m going to fix it so that all excellent teachers get lots of support so that we only have excellent teachers in the classroom* but then they start punching people in the face.

Greene: I don’t think that’s just me—it’s the nature of what’s happening. I think one of the things we’re getting hit with in education is the big political lesson of the last 30 to 40 years. You could say one thing and do something else and the public, for the most part, wouldn’t catch on. You could talk about how you’re going to cut big spending and not really do it and no one notices what’s really happening—they just hear the rhetoric. The miscalculation with education is that what’s happening to schools affects people far more directly than some of those other issues. We get this dynamic where reformers say *I’m going to do this thing that’s really wonderful. I’m going to fix it so that all of the excellent teachers get lots of support so that we only have excellent teachers in the classroom* but then they start punching people in the face. It’s not happening out behind the barn where people can’t see it, and as we get further into it, I really think people are getting a clearer sense all the time of what’s actually going on.

EduShyster: As I have now intimated several times, I am also somewhat in awe of your prodigious output. I’m so curious about how you write—do posts just pop out? 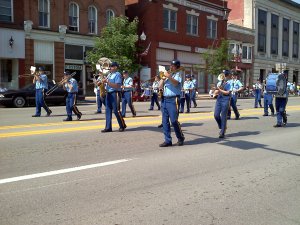 Greene: It really depends. There have been some pieces that have come out in a half an hour or less. I see something, it sparks a really strong reaction and the piece emerges more or less fully formed. The Arne Duncan video spleen post I hammered out pretty much in real time as I watched the thing. Why I Heart Common Core also popped right out. But sometimes it’s more complicated because you’re talking about the relationship between two or three different things. Then there’s the part where I have to pretend that I’m a real journalist and look things up. God bless the Internet.

EduShyster: One wonders when you find the time to play the instrument that you appear to be playing in some of the pictures I was able to extort from you.

Greene: I started playing the trombone in elementary school, and here I am today, still playing. Writing and music are two itches that I can’t go very long without scratching.

EduShyster: You and I have a devious idea that we haven’t quite gotten around to springing upon the world, and I’m afraid that I’m to blame. Whereas you describe yourself as the hardest working lazy person you know, I am the laziest hard-working person around. Shall we describe our concept lest it never sees the light of day?

Greene: Let’s keep it to ourselves, that way when we do get around to going public with this thing, no one sees it coming.