At the intersection of business and education policy lurk the *sharks*…

Reader: have you ever found yourself binge watching Shark Tank and thinking that if anyone has the cure for our failed and failing public school it’s the sharks? Why, just the smoldering gaze of billionaire Mark Cuban is enough to spike achievement rates. And what if the *Queen of QVC,* Lori Greiner, could come up with a way for choosy choosers to order high-performing seats right through their TVs? Well, it turns out that great minds think outside the same box. I give you Ed Shark Tank—an idea so great that you didn’t even know you were waiting for it. 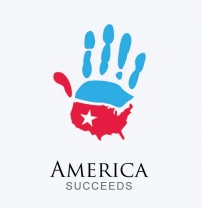 America Succeeds (Successfully)
But who is disruptive, innovative and entrepreneurial enough to unleash the sharks on the schools? Meet America Succeeds—I just did (shout out to local fave Massachusetts Business Alliance for Education for the intro)—which is effectively engaging business leaders in the hard work of improving America’s schools by *building a “balanced portfolio” of affiliates to demonstrate an informed and credible business voice for education.* In other words, I am in love—again. But wait, can you tell me a little bit more about the perfect alignment of business interests and student interests???

Because today’s students are tomorrow’s workforce, the business community represents an influential constituency whose interest in better educational outcomes is entirely aligned with the best interests and needs of America’s students.

For example, my decision to study English turns out to have prepared me perfectly for my post-blogging career, as an Amazon Workamper. Thanks to the entire alignment of Amazon’s *best interests* and my *needs,* I will soon be realizing my love of things on shelves via a *fast paced, hands-on job,* while living in a complimentary campsite and enjoying an Amazon employee discount. Want to get in on the fun? Better hurry. Competition to join Amazon’s Camperforce is stiff, so fill out this actual application today!

Time for a lil EdVenture 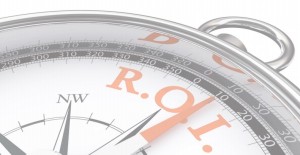 But how to ramp up the alignment of student and business interests to scale in order to realize, not just ROI, but also drive a wedge between *entrenched educational interests and the political environment?* Well that’s easy—you put on a conference, an EdVenture to be precise, and invite a select group of disruptors to *catalyze bold, innovative ideas and propel disruptive, out-of-the-box thinking,* whilst also *harnessing synergy* and [note: you will have to finish this actual sentence with your imagination as my fingers appear to have gone on a cliche strike].

Are we succeeding yet? 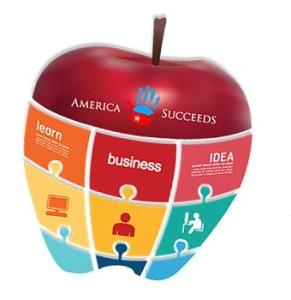 Apparently not, because while spirits were high (and the altitude in Boise thin), the news from EdVenture seemed to be grim, grim, grim. Colorado Senator Mike Johnston warned that disruptively innovative policy solutions like tying teacher evaluations to test scores risk becoming the status quo. Dr. Tony Bennett, nee Florida, nee Indiana, warned of an America On the Ropes. Are America’s children today being prepared for tomorrow’s complex problems? Today, the honest answer is *no.* But can we change that answer? Thankfully recess had arrived, and what better way for the EdVenturers to shake off the malaise of traditionalism than with a tour of the World Center for Birds of Prey? 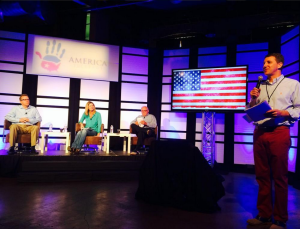 Bring on the sharks
But birds are for the birds. We want sharks to shake up our schools already. At last it was time for the main event: Ed Shark Tank, in which EDventure participants *seek funding for inspiring, innovative and game-changing new ideas* from *sharks,* representing the Gates, Helmsley and Albertson Foundations. Now it was up to the would-be edupreneurs to get the sharks to bite. Reader: they did not disappoint. From the Foundation for Excellence in Education came a pitch for redesigning school report cards, an idea that scored an *A* for *awkward.* Then it was onto my personal favorite: from the choice-loving Ed Choice Illinois, meet Ed Tank, a place, no a space, where at last the balanced portfolio of education reform groups in Chicago can meet to think outside of the box in the comfort of a sleek, box-like shape. Alas, these particular sharks must be old school because they weren’t feeling the Ed Tank. (Was it the *synergy harnesses* hanging from the ceiling???)

Putting the *fun* in funding
As for the night’s big winners of a total haul worth $200K, they included Business for Educational Success and Transformation NC, which took home a prize for its transformational-sounding XLRB concept.  A for Arizona also took home A lot. Rounding out the night were a couple of other Successful pitches: from Colorado Succeeds, which got a good grade from the sharks for its plan to grade school boards. Nevada Succeeds, meanwhile, demonstrated some serious outside-of-the-box-ness with its plan to turn $50K into $70 million, which is exactly the kind of thinking that sharks love. So which of these groups will be featured in the *Life After the Deal* segment that is a staple of the real Shark Tank? I’m guessing none-of-the-above. I’m putting my money (the $10 per hour I’ll soon be earning as part of Amazon Camperforce) on *Ed Tank meets Food Truck.* And I’m guessing that it’s only a matter of time till it rolls into a city near you…