Mr. Z “Leans Right” In an Effort to Solve the Greatest Nonproblem of Our Time: the Skillz Gap 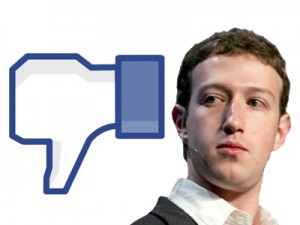 Our topic today is the skillz gap, a problem so fiercely urgent that only the nation’s preeminent techno-wonder kid can even begin to have the smarts to address it. I am talking about Facebook CEO Mark Zuckerberg and in the time that it took me to type his name our failed and failing public schools failed to produce yet more workers skilled enough to work at what is indisputably the most amazing company in human history. So what a relief to learn this week that Mr. Z is starting a new lobbying effort that will tackle the skillz gap once and for all.

Let me see if I can break it down for you non-genius style. You see, because of the union-stifling and non-excellence of our failed and failing schools, companies like Microsoft and Facebook say that they can’t find enough skilled workers. Now if you add ‘willing to work for less’ to the end of that sentence you will be five words closer to reality, which as millions of laid-off tech workers can testify is a harsh place to be. This is where Mr. Z and his cool Silicon Valley Posse come in. You see, they’ve figured out how to solve both the fake problem and the real problem at the same time. Step one: say skillz gap over and over again using your best robot voice. Step two: push for an immediate increase in H 1-B visas and green cards. Step three: ignore haters who point out that 25% of the workers being imported from overseas are filling entry level jobs. Step four: there is no step four because the skillz gap problem is solved!

Mr. Z has taken a little bit of heat for the fact that his new superPAC will be headed up by a right wing operative who runs something called Red Sea, LLC, whose clients favor “freedom and limited government,” both of which have many likes on Facebook.

But you see, that just shows that Mr. Z is not $#@%in around. He understands that you don’t solve a fake problem by coddling it or by leaning in, whatever that means. Mr. Z knows that tackling fiercely urgent problems like the skillz gap and the unstifling of our failed and failing schools requires big guns like Mr. Lerner, who is best known for a TV ad that derided liberals as a “latte-drinking, sushi-eating, Volvo-driving, New York Times-reading” freak show. With that kind of fierce urgency, it will only be a matter of time before the skillz gap, the achievement gap and whatever other gaps we can come up with between now and then are *crushed* once and for all.

Mr. Z’s new superPAC will also be focused on education reform, which happens to be one of his passions as he explains here in a somewhat stilted statement defending his decision to host a fundraiser for New Jersey Governor Chris Christie last month:

Mark and Priscilla have worked closely with Governor Christie on education reform in the Newark school system. They admire his leadership on education reform and other issues and look forward to continuing their important work together on behalf of Newark’s school children.

Speaking of New Jersey a huge chunk (and that is in no way a reference to Governor Christie) of the $100 million that Mr. Z donated to the Newark schools turns out to have gone to consultants and an outstanding plan to reward excellence and outstandingness. In other words, problem solved. Mr. Z is said to have ponied up $20 million of his own dough for the new superGAP closing initiative and is encouraging his pals to chip in $2 to $5 million. Which brings me to my original question: what problem will Mark Zuckerberg solve next???

What problem would you like to see Mark Zuckerberg solve next? Send suggestions to tips@haveyouheardblog.com.