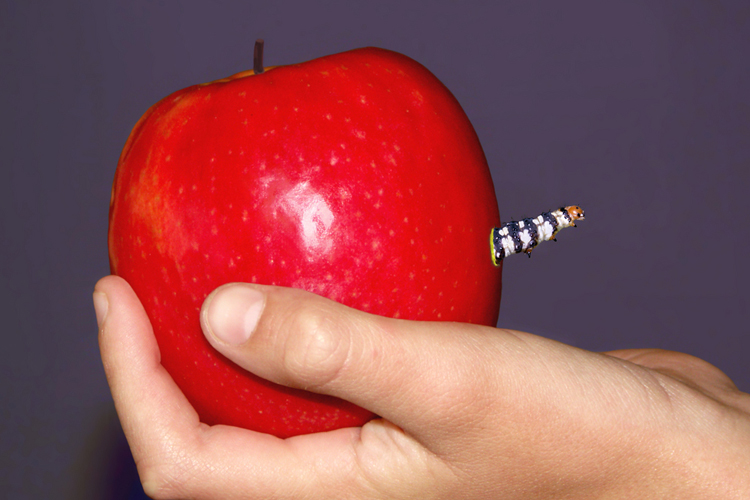 Jennifer Berkshire: It’s a well-known true fact that teachers unions make it much harder to get rid of bad teachers. But you conducted a study that purports to find the opposite. In fact, you titled your study The Myth of Unions’ Overprotection of Bad Teachers. Tell us about what you found.

Eunice Han: What I found is that the facts are the opposite of what people think: that highly unionized districts actually fire more bad teachers.

Berkshire: That sound you just heard was of jaws collectively dropping. While we give readers a chance to re-combombulate themselves (and arm themselves anew with anecdotes), can you walk us through your argument? And feel free to use a formula.

Han: It’s pretty simple, really. By demanding higher salaries for teachers, unions give school districts a strong incentive to dismiss ineffective teachers before they get tenure. Highly unionized districts dismiss more bad teachers because it costs more to keep them. Using three different kinds of survey data from the National Center for Education Statistics, I confirmed that unionized districts dismiss more low-quality teachers than those with weak unions

Berkshire: You’re an economist and your study takes a basic tenet of microeconomic theory, that as the price of labor rises, less labor will be employed. We hear this argument constantly, except, as you point out, in the case of teachers unions, which have somehow figured out how to have their expensive cake AND not get fired for eating it on the job.

Han: We know that unions increase salaries and benefits, but people also argue that unions make it harder for teachers to get fired. Rarely do you see those two things happening at the same time. Based on microeconomic theory, as salaries go up, employment goes down because the employers can’t afford both unless there is some dramatic increase in revenue. This is especially true in districts that are under intense financial pressure. Think about the economic argument that you hear being made against raising minimum wages for fast food workers, that paying employees more will trigger higher unemployment. But for some reason, when it comes to teachers unions the claim is made that they are getting both: higher salaries AND higher employment. I thought that something was missing so I decided to investigate. This is the first study to rigorously test this assertion.

Berkshire: In 2011, four states essentially eliminated collective bargaining for teachers, which gave you an unusual opportunity to test your argument in a real-life laboratory. What did you find?

Indiana, Idaho, Tennessee and Wisconsin all changed their laws in 2010-2011, dramatically restricting the collective bargaining power of public school teachers. After that, I was able to compare what happened in states where teachers’ bargaining rights were limited to states where there was no change. If you believe the argument that teachers unions protect bad teachers, we should have seen teacher quality rise in those states after the laws changed. Instead I found that the opposite happened.

Han: Indiana, Idaho, Tennessee and Wisconsin all changed their laws in 2010-2011, dramatically restricting the collective bargaining power of public school teachers. After that, I was able to compare what happened in states where teachers’ bargaining rights were limited to states where there was no 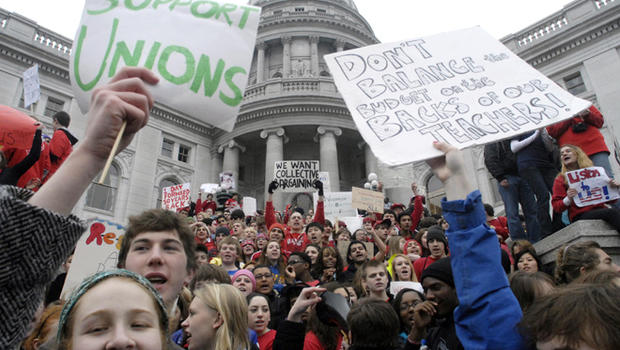 change. If you believe the argument that teachers unions protect bad teachers, we should have seen teacher quality rise in those states after the laws changed. Instead I found that the opposite happened. The new laws restricting bargaining rights in those four states reduced teacher salaries by about 9%. That’s a huge number. A 9% drop in teachers salaries is unheard of. Lower salaries mean that districts have less incentive to sort out better teachers, lowering the dismissal rate of underperforming teachers, which is what you saw happen in the those four states. Lower salaries also encouraged high-quality teachers to leave the teaching sector, which contributed to a decrease of teacher quality.

Berkshire: You conclude that teachers unions are a net positive for educational quality. (Note that I’m looking over my shoulder even as I type these words!) But I think what a lot of people reading this will want to know is what impact unions have on student achievement.

Han: Since there’s currently no data on student performance by school district levels with nationally representative samples, I use high school dropout rates as a measure of student achievement. My study found that unions reduce the dropout rates of districts. This is where my study differs from some earlier ones that found that unionism either had no impact or had a negative effect on the dropout rate. I define unionism more broadly than those earlier studies. It’s not just collective bargaining that matters, it’s the union density of teachers in a district that’s important. Union density measures the strength of the union, because even when teachers can’t engage in collective bargaining they can use their collective *voice* to influence the educational system. What I found was that union density significantly decreased the high school dropout rate, even in districts without collective bargaining agreements. This is important because, as the research of Raj Chetty and others has found, the upward mobility of an area is higher when the dropout rate is lower. So, when unions, via high union density, reduce the dropout rate, they improve the educational attainment as well as the welfare of all children in the area.

Berkshire: Your study upends so many assumptions people hold about teacher unions, and I’m helpfully including another link here in hopes that they will peruse your findings in detail. If there’s one thing you’d like them to take away from your research, what would it be?

Han: I hope that people open their eyes to these results and move beyond their prejudice. I used to share that prejudice before I did this study. Obviously, if people can accept the findings of my paper, the direct policy implication is that we should be promoting union-friendly environments.

Eunice Han is an assistant professor of economics at the University of Utah this fall. She has a PhD in economics from Harvard University.