What if there was a way to turn schools around without turning them upside down? 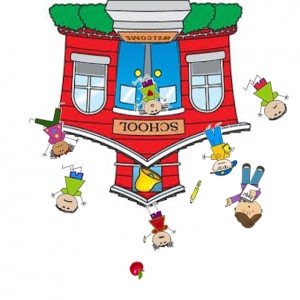 It’s field trip time, reader — and today we’re off to visit a real live school success story. FYI: it’s not the Massachusetts miracle turnaround school that got a shout-out at the Democratic National Convention, merited a visit by Yo Yo Ma, or whose students recently traveled to the White House in order to recite a Martin Luther King speech to President Obama. In other words, we’re NOT headed to Orchard Gardens, which has received more adulatory press coverage than any other public school in Massachusetts…

The missing miracle
Our destination is a formerly failing elementary school in Lowell, MA, which last week was named one of the top-performing schools in the state. How did the Charlotte M. Murkland Elementary School accomplish this miraculous miracle? Not by following the “upside down” model that has made Orchard Gardens such a media darling. You see, Orchard Gardens pursued what we now now is a guaranteed recipe for success, or at least media attention and political praise: 80% of its teachers were fired and replaced by fresh new teachers, including many who are Teaching for America. The Murkland, whose students are similarly high poverty and English-language-learning, skipped the silver bullets, bypassing the reformy path entirely. But here’s where our story takes a mysterious turn. Despite the fact that the Lowell school is a measurably more successful turnaround tale than the Boston miracle school, it has received virtually no media coverage whatsoever.

But first let’s talk about me
In a previous installment of my now long running series, How the Sorry State of Reporting on Education in this Country (and in Massachusetts Specifically) Conspired to Drive Me Bonkers and *Almost* Forced Me to Cook My Own Meals, I mentioned that in my former 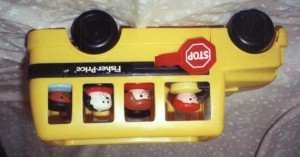 life I had an opportunity to visit lots of urban schools, including some success stories of the sort we rarely hear about. Well, the Murkland was one of these. In fact, I visited the Murkland so often that I came close to, but didn’t quite, wear out my welcome. Which is how it is that I happen to be in possession of the key to a great mystery: how teachers and staff at this school transformed it from one of the worst in Massachusetts to the best, all without turning it upside down. Shall we peek behind the double doors? Warning: the following represents a departure from my usual edu-snark and may be uncharacteristically earnest and heartfelt.

The Murkland’s Ten Step Recipe for Turnaround Success
1. Start with a Kick-Ass Superintendent
In these days of *relinquishment* and *sector agnosticism,* an urban superintendent who defines her role as tapping the collective wisdom of classroom teachers in order to solve problems might come across as unusual. And yes, she really talks like that. But wait, there’s more…

2. Who Sees the Union as a Partner
During her first days on the job, Superintendent Chris Scott conducted a school-by-school listening tour with the president of the United Teachers of Lowell. Her goal: to hear the candid views of the city’s teachers about what was and wasn’t working in their schools. And she wasn’t just pretending to listen either.

3. And is Actually Interested in what the Teachers Have to Say
Teachers at the Murkland, which had long been plagued by low morale, told the new superintendent that they were on the receiving end of an unending stream of initiatives, many of which bore no relation to what they needed to do their jobs. The worst culprit: short-term grant-funded projects that were constantly requiring them to change direction then disappeared once funding dried up.

4. Then Bring Everybody Together to Make a Plan
The plan to turn the Murkland around was fundamentally a team effort that involved teachers, administrators and union leaders from the very beginning. Teachers not only submitted their own ideas for how to strengthen the school but were responsible for making sure that their colleagues were kept abreast of what was happening. A few teachers left but the majority stayed. What’s more, the turnaround team has grown larger and more enthusiastic each year.

5. Great School Leaders Are Important Too
And by *great* I don’t mean the omnipotent leaders who loom so large in education reform literature. The administrators at the Murkland, both of whom had worked at other Lowell schools, inspired their staff by acknowledging that they didn’t have all of the answers. That admission of vulnerability was *key* to transforming the culture of the school.

6. Look in the Mirror, Not out the Window
This is the Murkland mantra and what it means basically is that at a school where the needs of the students can seem overwhelming—75% of students receive free or reduced lunch and more than 40% are still learning English—teachers and administrators direct their energy at what they have the power to change. In other words, it’s sort of like *no excuses* only, well, different..

7. Everyone Must Agree on What Great Teaching Looks Like
Teachers and administrators at the Murkland are constantly modeling successful teaching for one another and working together to correct approaches that aren’t working. The emphasis at the school has shifted away from individual teachers; they now work in teams within and across grade levels. There’s also a shared belief that great teaching entails risk taking.

8. And Team Really Means Team
While the turnaround plan included a merit pay component, additional pay didn’t go to individual teachers who boosted test scores the highest but was shared amongst everyone at the schools, including janitors and cafeteria workers. How cool is that?

9. Professional Development Is No Longer a Waste of Time
In most districts, professional development means an endless parade of outside *experts* whose, ahem, value added is somewhat murky. At the Murkland, the teachers themselves are encouraged to become the experts and regularly present to their fellows on the latest research about effective teaching.

10. Speaking of Time, this Miracle Didn’t Happen Overnight
The Murkland’s turnaround began in 2009 and the school has showed steady and impressive growth each year since then. Which means that the school’s success isn’t short term or illusory. And that may be the very best part of this story…

Congratulations to everyone at the Murkland Elementary School. May you soon receive the worshipful media coverage that you so deserve! Send tips and comments to tips@haveyouheardblog.com.