Massachusetts is home to two charter schools linked to a controversial Turkish Imam. Now two more schools are in the works. 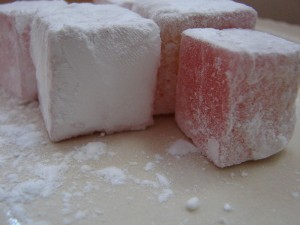 Did you know that the Turkish language has no word for “tenure”? Actually I have absolutely no idea whether that’s the case, but what is true is that so called “Turkish” schools, math and science charters dedicated to the pursuit of excellence and innovation, are sprouting faster than cells in a petri dish. Massachusetts is already home to two such charters: the Hampden Charter School of Science in Chicopee and the Pioneer Charter School of Science in Everett. Now the Massachusetts Board of Education is poised to give the thumbs up to two more Pioneer schools.

The Massachusetts schools are part of a vast national network of Turkish-run charters inspired by powerful Turkish Imam and US resident Fethullah Gülen.  The Gülen charters were the subject of an extensive 60 Minutes investigation last summer; the FBI and the Departments of Labor and Education are also investigating whether teachers brought over from Turkey to work at the charter schools are forced to kick back part of their salary to aid Gülen and his movement.

Which brings us back to Massachusetts. The principal of the Pioneer Charter School of Science, Barish Icin, told the Lynn Daily Item that his school has no ties to Gülen, and attributed the persistent questions to haters—of charters, Turks and excellence.

“A lot of people bring that up and try to associate us with that,” said Icin. “Sometimes it’s because of your name or your background. But we are a public school, period. We are run by the state, audited by the state and controlled by the state. I usually ignore it. There are some people who no matter you say … they have a certain hatred against charter schools and a hatred against certain people. No matter what you do you are not going to change their minds. So what I do is focus on my work and make sure my students are getting the best education they can.”

I couldn’t agree with Mr. Icin more—hating on a school because of the ethnicity or religion of the people who run it is wrong. But using a state-of-the-art investigative technique known as Google I was able to determine in roughly 2.5 minutes that Pioneer and its sister school in “the Western Mass” are virtually identical to the 120+ charters that have attracted the attention of federal investigators. One local eyebrow raiser: since 2007, Pioneer Charter School of Science has applied for a whopping 28 H1-B visas. Hampden Charter in Chicopee, meanwhile, has applied for 17 H1-B visas, including 8 just for math teachers.

Now it is certainly possible that Turkish teachers are more innovative and excellent than their American counterparts (although given the strength of the Turkish teachers union this seems unlikely). But the fact of the matter is that we don’t know why Pioneer Principal Icin and his counterparts in Western Mass. feel the need to import teachers and business managers from abroad because no one has ever asked them. And that, reader, may be the strangest part of an already very strange tale. It is apparently possible to open a school, import teachers from another country to staff that school, and seek to expand the school into a mini empire of excellence and innovation, all without ever having to endure a single pesky question from the likes of local journalists or educrats.

For that matter, while we’re on the subject of excellence and innovation, EduShyster CAN testify to the innovative nature of Pioneer’s brand of charter math. While 58 students began the school as 9th graders, a mere 34 made it all the way to graduation. In union-stifled public school math, that equals a graduation rate of 59%, which if I’m not mistaken translates to “meh,” or ortalamasının altında as we say in Turkish. Don’t despair though— according to this Boston Globe article about the school’s excellence and innovation, that number is actually 100%.