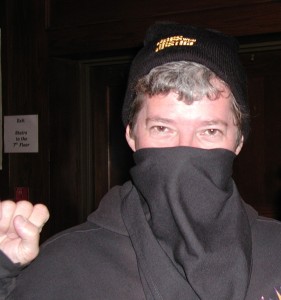 Littlest Bolshevik here: AKA the man to whom EduShyster is *technically* married. While EduShyster is otherwise engaged—in a senseless Twitter battle with a singing ed reformer—I’ve seized the means of communication in order to deliver this urgent appeal. Sadly I have been too busy this holiday season fomenting worker revolt at Walmart and among fast food workers to do much Christmas shopping (yes, we celebrate Christmas). Which is where you come in…

Now I know you wouldn’t want EduShyster to pad out to the Christmas tree first thing Wednesday morning and find nothing but unsold socialist newspapers and a bullhorn with dead batteries waiting beneath the boughs. To that end I am hoping we might do this collectively in the spirit of the most redistributive of all of the holidays. Below you will find EduShyster’s Christmas wish list with a line through all of the items that I’ve already purchased. Anything that you can do to make her eyes shine with wonder will be much appreciated.

All I want for Christmas by EduShyster
1) A new EduShyster work uniform to replace the one I’ve worn out.
2) A magnifying glass for investigating edufraud.
3) A calculator to compute the improbable odds involved in charter school lotteries.
4) A Litmus test kit to detect those who are insufficiently zealous in their opposition to corporate education reform.
5) A fancy new suitcase so that I can blend in with the many education consultants I’ll run into when I’m on my upcoming trip to New Orleans.
6) Some Mega Millions tickets, aka a retirement fund.
7) Tuition for Eduprenurial Camp so that I can finally figure out how to cash in.
8) A Certificate of Excellence in recognition of the outstanding excellence of everything I do.
9) A bigger hat as mine is feeling a little snug these days...
10) A solid gold wine box holder for when I entertain all of my new hedge fund friends.

Now I know that times are tough. The market may be at record highs but not everyone is sharing the wealth. In fact, I hope you’ll consider taking a baked good to your neighborhood bond-trader whose bonuses will be small this year. Or help out an unemployed CEO. But don’t forget our little EduShyster who still believes in things like Santa Claus and the universal ideal of public education. Let’s let her believe for one more year, shall we? So don’t forget to donate. Oops here she comes! I think she made the singing ed reformer cry. Bad EduShyster!