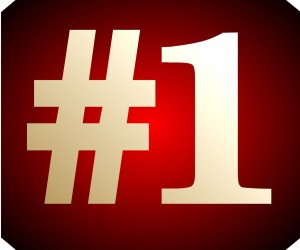 As regular readers can attest, EduShyster has been driven nearly INSANE (not to mention deep into the bottom of the occasional box of wine) by the vagaries of charter school math. That’s why it was such a relief to encounter some detective work by an enterprising local edu-blogger that found that charter school numbers really do add up—to quite a lot, it turns out.

First, a little context for your edu-fication. You see, charter schools are public schools, (unless their teachers want to join a union in which case they suddenly become private.) And because they are public the state collects reams of data about their students, their incredible shrinking classrooms and their 100% graduation rates. Tragically, reporters and state edu-crats are banned from viewing this information which means that the data often feel very lonely. And that, dear reader, is why it is so important that we have edu-bloggers.

The blogger who writes An Education thought it would be interesting to see what Massachusetts schools suspend the highest number of students. Here’s what she found:

Now, there are a few striking things about this list. The first is that virtually all of the schools on this list are charters. The second is that these schools are suspending the @#$% out of their students. At our number 1 school, Roxbury Preparatory Charter, 56.1% of the students were suspended for one or more days last year. The suspension rate for the entire Boston Public Schools, by the way, is 5%.

To be fair, there are some public school districts on this list too. One would be Fall River, the same Fall River that was sued this summer by the ACLU for violating the civil rights of black and Latino students BY SUSPENDING THEM AT SUCH HIGH RATES. So let’s sum up, shall we? The achievement gap is the civil rights issue of our time, far more important than the actual civil rights of the minority students themselves.

Regular readers will no doubt see some familiar names on this list—the movers, shakers and scaler uppers of the Massachusetts charter school world, if you will. In fact, four of the charters listed have applied to the state to expand their mini-empires of excellence and innovation. (If you are playing the EduShyster connect the dots drinking game at home and are able to identify all four, take a sip.)

I just hope that Edward Brooke didn’t suspend my favorite student at the school: the .2% kid who is Limited English Proficient. (That number, by the way, is not 2% but POINT two %). I can hear the announcement over the intercom now: