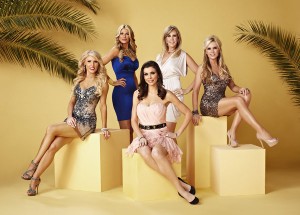 What does the corporate education reform movement have in common with the many outstanding reality TV shows that EduShyster secretly enjoys? If you answered “silicon” you are partially right. Like Gretchen, Tamra and Alexis, the myriad organizations that make up the #edreform movement can be very difficult to tell apart. (EduShyster is longing for the day when all of the groups will gather for a Real Housewives-style reunion, laying into one another with shrill accusations of “fakeness.”)

Just as the Housewives share an affinity for implants, hooker shoes and hair extensions, corporate edu-groups also have many characteristics in common. Their large checks tend to have the same names on the signature line (Walton family, check! Broad, check!). Their slick websites and glossy promotional materials all use the same stock photos of minority children happily traversing the achievement gap, which, coincidentally, all of the groups agree is the civil right$ i$$ue of our time. And just as the housewives instinctively know that Alexis is a total fake whose nose job was so not just to fix her supposed sinus problems, corporate reformers “just know” that the best teachers totally have like no experience or training.

And don’t forget all of the fans out there who are ready to go to the mat for Team Gretchen or Team Vicki at the first sign of an injustice. In corporate #edreform world these fans are called “members,” the vast armies of virtual supporters of key civil right$ cau$e$ like ending LIFO or bringing parent trigger legislation to a state near you.

A funny thing about these reform fans, though–they can prove awfully elusive.That’s why EduShyster was so pleased to see that Stand for Children has a new video out in which some of its many grassroots members talk about how excited they are to have been part of a campaign to get rid of experienced teachers and replace them with cheaper ones put teacher effectiveness first.

It’s so nice to hear regular folks talking about the issues they really care about, like getting rid of seniority protections for teachers. Except that every one of the individuals featured in this video is a Stand for Children board member–which is a little weird, given that Stand claims to represent tens of thousands members across the state. I mean, couldn’t they get just one of their ordinary grass roots supporters to talk about how much more Johnny is looking forward to going to school now that his teacher can be fired for any reason?