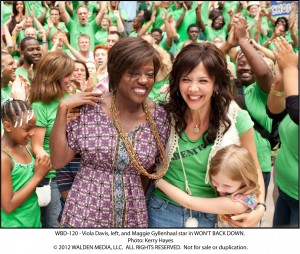 This fall’s “Waiting for Superman” is called “Won’t Back Down,” a full-on feature length film with an all star cast (Maggie Gyllenhaal, Holly Hunter and Viola Davis) about the corporate edu-crowd’s current fave reform “tool.” Any guesses as to what that would be? Bingo! It’s the “parent trigger,” a California law created by the billionaire-funded group Parent Revolution  that enables parents to hand over operation of a public school to an outside charter school operator. In the film, an outraged mother, played by Gyllenhaal, helps parents take over a struggling school where teachers have failed to teach her daughter to read, punched her and locked her in a closet. Hey wait just a second, that sounds like young EduShyster’s public school experience…

We’re mad as hell and we’re not giving up until this school is privately managed and we actually have less say into how it’s run. Or something like that. The new film, like “Waiting for Superman,” is produced by Walden Media, the production group owned by the conservative mogul Philip Anschutz.“Won’t Back Down” isn’t scheduled to open in theaters until September 28th but a media onslaught is already underway. In one of the greatest displays of utter mind f$%ery the EduShyster has ever witnessed, Walden will kick off publicity for the film with a huge concert called Teachers Rock at LA’s Nokia Theater. Proceeds from the event, which is co-sponsored by Walmart, will go to benefit three organizations including, wait, wait, yes! Teach for America.

Walden claims that “Won’t Back Down” is based on a true story but as is so often the case fiction is so much more fun than fact. The real parent trigger has proved incredibly divisive, and parents who genuinely want more of a say in how their public school is run have tended to balk when they realize that they’re being used as tools of charter school companies.

In fact, the recent parent trigger “victory” being touted by the corporate reform crowd only occurred because a judge ruled that parents who’d changed their minds about signing the charter petition COULDN”T REMOVE THEIR NAMES. Parent trigger fired! Now that’s a movie I’d pay good money to see…

In the “images speak louder than words” category, let me conclude with the following picture of brown parents celebrating their recent parent trigger “success,” clad in their I Am the Revolution tees. Note presence of wealthy-looking white man sporting self-satisfied smirk. You think he got the idea for the parent trigger after his daughter Isabella failed to make the lacrosse team at Wilshire??? 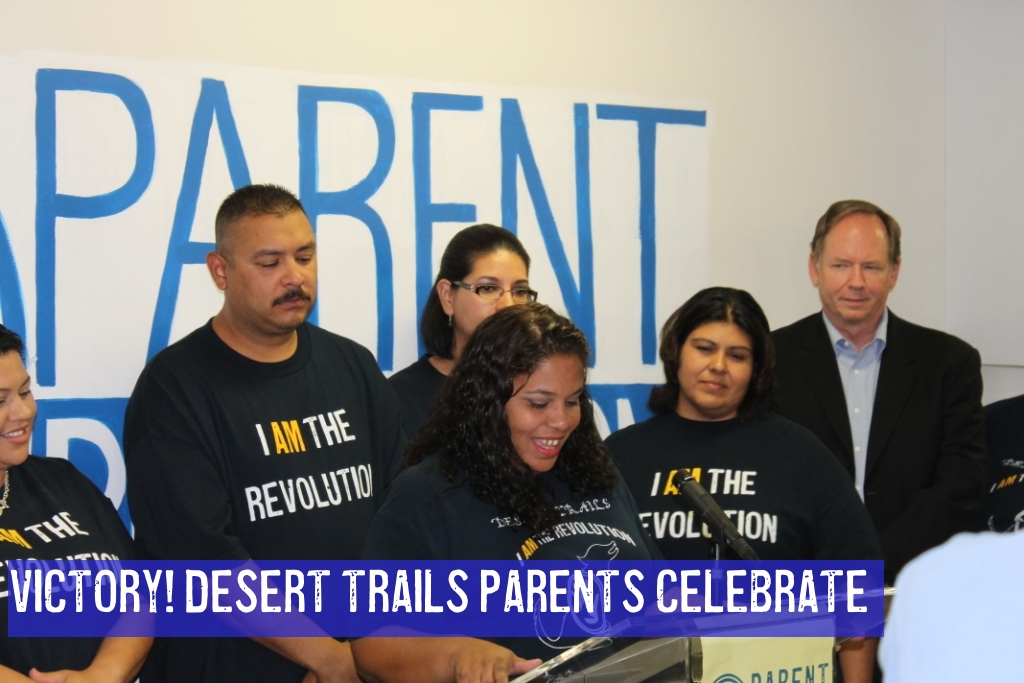