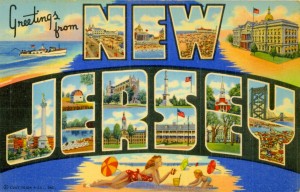 Reader: it is rare indeed these days that we encounter the kind of feel-good news story to which we can tip our collective wine boxes. Today’s episode of ‘we lift our wine boxes’ comes to us via New Jersey. I am referring of course to the feel-great story of 27-year-old Education Pioneer and Jersey Boy Wonder Andrew Buher who has just been named chief operating officer for the New York City schools, the nation’s largest school system. But who is this young man whose meteoric rise has been nothing less than meteoric? Are Education Pioneers the new Boy Scouts? On what will he spend his new $200K salary? And is a total lack of experience the new black?

Alas, all of these important questions will have to wait as today we are saluting an actual story of hope and inspiration from New Jersey: the walkout by 1,000+ students from the Newark Public Schools last week to protest school budget cuts. The story received very little press coverage as most of the education reporters in the tri-state area were busy that day, covering stories of charter school outstandingness. Did you know that students at this Newark charter are outperforming the Chinese???) Or that Newark students at this academy of rigorous excellence are putting their college dreams into practice by reading essays by literary critic Frederic Jameson on the meaning of self in the postmodern world???

The students who staged last week’s walkout attend Newark’s public schools—those institutions of last resort that must still educate all kids even as academies of excellence and outstandingness pop up across the city like payday loan outfits. These New Jersey kidz are under no illusion about the brand of education reform being peddled by Governor Chris Christie or their new superintendent, Teach for America alum Cami Anderson. They understand that their fearless edu-crat leaders ‘don’t like the yellow buses. They just want the charter buses.’  I couldn’t have said it any better, which is why  I recommend that you keep this video of the Newark walkout on hand to revisit each time you feel yourself being overcome by reformy fumes. These New Jersey kidz are indeed alright.

Not everyone appreciated the Newark students’ strong statement. Principals at several of the schools involved, including Barringer, Eastside, Weequahic and Technology Arts, suspended students who participated in the protest. Other principals are reported to have blocked exits in order to keep students from joining the walkout. The students say they plan to fight the suspensions. Meanwhile the students are still waiting for a response from Superintendent Cami Anderson, Newark Mayor Corey Booker and New Jersey Governor Chris Christie. Stay tuned…

Note: a Newark teacher and former TFA alum asked me to share the above video with you. Here’s what she said:

Last summer I discovered your marvelous, Swiftian satires. I have often laughed aloud at them, and they have made me feel less alone. I am writing you now because there something I want to share with you. It’s somewhat outside your wheelhouse since it’s not a ludicrous document from the ed-reform movement, but rather an inspiring grass roots rebellion against the same. On April 9, the Newark Student Union staged a walkout. They went down to building where the Budget Committee was holding a public hearing. As a few students went in to testify before the state legislators, a much larger number held a protest outside. I know so many faces in this crowd. I am so proud of them, and I wanted to share their inspiring and articulate activism with you.

If you’ve got something to share, send it to tips@haveyouheardblog.com.