Tutors at a no-excuses charter school learn some hard lessons

Editor’s Note: The Boston Globe’s James Vaznis has a terrific investigatory piece into the working conditions of the city’s growing tutor corps. Stay tuned for more on this story as it’s far from over. 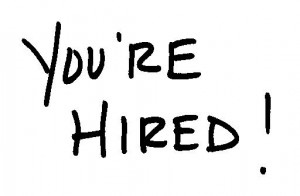 Last December, I drove down to Boston from Middlebury College in Vermont where I was finishing my senior year. On a crisp Monday morning, I parallel parked, straightened my tie and walked into an interview to become a tutor at a “no excuses” charter school. A week later I had an offer sitting in my inbox, inviting me to become a member of the “Corps,” so called because the program used to be part of AmeriCorps. I was the first of my roommates to receive a job offer and joining the Corps sounded pretty damn good.

In fact it seemed too good to be true: living with a community of other Corps members, tutoring middle school students in mathematics and English, serving as a teaching assistant, and leading clubs, sports and elective classes. While I’d heard sharp criticisms of charter schools, I was looking forward to seeing what one was really like. Best of all, whatever skills I learned would only help me realize my goal of becoming a teacher. So I signed the brief one-page contract and officially became a “volunteer member” of the Corps, entitling me to a stipend totaling $7500 a year and housing. I wouldn’t be making much but this was a year of service and I couldn’t wait to get started.

Reality check
Signs of trouble emerged before the school year even began. The stipend we’d been promised had been changed and now included an additional $5000 for housing, which was then deducted from our pay. It may sound trivial but it meant that on paper at least some Corps members were now making too much money to have their student loans deferred. And we no longer qualified for food stamps, something school officials had assured us would be available to supplement our small stipends.

Add in the deductions that none of us was expecting—8% of our earnings was going to the Massachusetts public retirement system, while Corps members who needed health insurance were paying a full 8% of their earnings without the reimbursement that our contract promised—and our situation began to look desperate. Some of our Corps were unable to buy food. Others were spending everything they had in savings and were still unable to make car, loan or other payments.

Action plan
When we spoke to our immediate supervisor, the Corps Director, we were told “tough luck”—although she did offer to help us with budgeting. 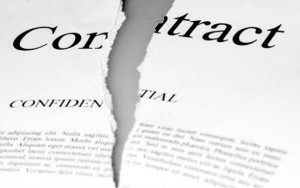 But then some of us mentioned that we were talking to lawyers about a breach of contract. Within a week we had a memo from the Chief Operating Officer. No doubt he knew that one breached contract is a lawsuit; 150 simultaneously can sink the whole ship. The higher-ups had an offer for us: $1000 for each Corps member for what they called “relief for lost public benefits.” But there was a catch: we had to sign on within four days.

In that first meeting, we were told by a man with an MBA and a JD from Harvard that he “wasn’t interested” in the legality of our contracts. After all, we’re a family, as he put it. Let’s solve these matters internally, like a family. He balked several times when asked if we could have a new contract to reflect the changes that had been made. We weren’t satisfied.

A bill of goods
As for the rationale for those changes, the COO explained that they’d been made for philosophical reasons: “to professionalize the Corps.” So what did “professionalizing the Corps” look like? 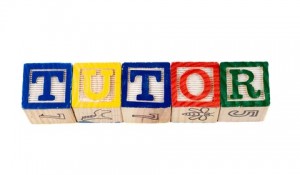 The CEO’s ultimate resolution was to make us minimum-wage employees and limit Corps members to forty hours per week. Previously we had all been working between fifty and sixty hours per week or more. But because administrators claimed they couldn’t afford to pay us even minimum wage for the work we were expected to do, our workloads were reduced—at least on paper. Currently every one of the Corps members is still working more than forty hours and under-reporting their hours.

Cool Story, Bro
So why does any of this matter? If you’re reading EduShyster, chances are you probably have an idea of why charter schools are criticized, especially in terms of the teacher turnover and the relentless focus on test preparation. But I want to focus on the labor and community perspective. This is what corporate-run education looks like. 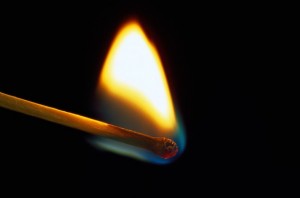 From the labor perspective, we as a tutor Corps are flooding the local market with cheap labor. In our paraprofessional role alone, we make a fraction of what we would as public school employees. In our case, most of us were too young, too inexperienced, too complacent, and too happy just to be employed to even think about demanding a minimum wage. Ironically, in such tight living quarters—I shared a house with close to 30 other tutors—we were able to share information and organize fairly easily.

The lesson learned: work collectively. The CEO urged us several times to come to him individually. He knows that individually we can be isolated, redirected and limited. Collectively we have immense power.

From a community perspective, this charter school is well known for bringing in a flood of outsiders, mostly white and privileged, and from “elite” colleges, to tutor their students. We come into a community that we know nothing about, learn nothing about, and “live in” to “serve” our students.

But as Corps members, we filled the roles of lunch workers, janitorial staff, aides, and other jobs that could be just as easily be filled by members of the community — many of whom are more experienced and more qualified for these roles. And we do it with 100% yearly turnover. Which means we have no prospect of longevity in our positions. We have very little incentive to stand up for our rights let alone to demand better conditions for ourselves, even when the pressure to underreport our hours meant that we were working illegally. We were told to think of our students: to serve, to trust, to grin and bear it.

But what’s the take away for the broader education landscape? Yes—as educators, serving our students is our primary focus, but we cannot let that make us passive. As educators, our labor rights are still important. Labor rights and requirements are built on the blood, sweat, tears and bones of American workers. As educators, we don’t ask for the eight-hour day or the forty-hour week. Just a contract and a living wage. Just dignity and respect.

Barrett Smith is a former tutor at a no-excuses charter school in Boston. Send tips and comments to tips@haveyouheardblog.com.