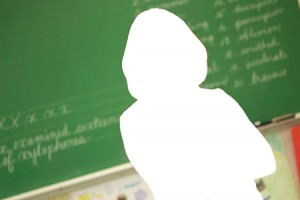 By the end of a promotional video for Boston’s Match charter schools two thirds of the featured teachers no longer teach at the schools, while another has her eye on the door.

In case you missed it, Massachusetts now has a graduate school of education just to train teachers who plan to teach at a charter school. Why do charters require their own degree program? Turns out the answer has a lot more to do with quantity than quality.

Students who graduate from the Charles Sposato Graduate School of Education will leave with a Masters of Effective Teaching, and a guaranteed job. The degree is also a bargain–just $5,000, paid for by the charters who plan to employ the grads and subsidized by philanthropists. Any guesses as to who?

But wait–there’s more. To earn their degree, students must participate in the Match Teacher Residency, a charter teaching training program in which the future effective teachers of America practice boosting the achievement of real life students.

And just to make sure that these some-day stars have what it takes to endure the “no excuses” charter culture, Match adds an additional step. All residents must also be part of Match Corps, What is Match Corps? Well, funny you asked. I first learned about the Match Corps Fellowship program when a Boston teacher/housing activist encountered a whole encampment of them squatting in a soon-to-be-foreclosed-upon house in the hood. The obvious question: what were math tutors doing holed up in a squat? Turns out that what Match Inc. rather generously refers to as an “urban education fellowship” pays next to nothing. Fellows work upwards of 70 hours a week tutoring urban students for a “stipend” that works out to roughly $5 per hour, sans housing or benefits.(Devotees of the turnaround plan for the Lawrence Public Schools will also recognize Match as one of 25+ ‘proven providers’ that will soon be turning around a profit in that city).

Fortunately, Match has combined the application for all three of these of programs into one handy form. I recommend heading straight down to the short answer section and savoring these goodies: “Describe a time when you’ve had to be a no-nonsense authority figure,” and “Describe a time when you were pushed beyond your limits and had to exhibit grit.” Note: keep your answer to 50 words or less. No excuses!

But why does Match need its own graduate school, and why force these future teachers to participate in a grueling, sweatshop-style tutoring program? The answer can be found in Match’s own promotional materials. Wouldn’t you expect that a video extolling the merits of a charter school would feature teachers who actually work at the school? Yet by the end of this video, two thirds of the teachers have quit–and another clearly has her eye on the door.

When you hear the principal of Match High School describing his staff pouring over lesson plans and making copies “late into the night,” a training program that pays $5 per hour for 70 hours per week of work makes a lot of sense.

But Match’s real aim at producing a cadre of “no excuses” teachers isn’t just to make up for high levels of attrition at its own schools. Match is also, gasp!, a consulting group that seeks to share its growing body of knowledge–and no doubt, it’s growing roster of bodies with school districts. As Match puts it: “This work is a way for us to matter broadly.”

Or perhaps they mean Broad-ly…