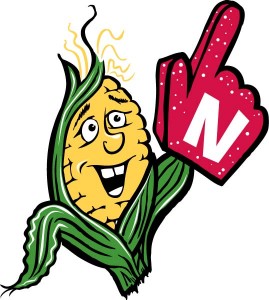 Gray: [Dry chuckle…] We don’t really think it’s about the type of school. We think it’s about spending time in those schools and learning more about what the school leaders, educators and parents are doing there. What we’ve noticed looking at the data is that there are schools of all types that are showing up on our list of gap-closing schools: district schools, charter schools, magnet schools, low-tech schools. We’re really encouraged that in almost every city we looked at, there is at least one, if not multiple gap-closing schools. 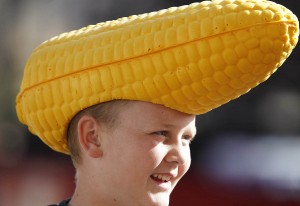 EduShyster: The Education Equality Index has run into a spot of trouble regarding its methodology. Don’t worry; we aren’t going to dwell here upon what went so wrong. Instead I want to ask you about the index as a tool for measuring the effectiveness of the reform vision that Education Cities is known for, the delightfully named *harbormastering.* I see here in this Education Cities report that I just happen to have at the ready (!) that you envisioned the index as a tool to *evaluate harbormaster strategies in the context of outcomes for the first time.* (Page 14 for close readers). How is that working out?

Gray: We haven’t run that analysis yet. We have strong evidence from a number of organizations in our network that the work they are doing has materially increased the number of quality schools in their cities, built richer pipelines for talent, improved conditions for educators. What we haven’t had is a method of evaluating trend-line progress between cities and states. It is certainly of interest to us if there are correlations between the pace of growth of gap-closing schools and the cities where we have member organizations. One of the complicating factors for us is that when you invest in the creation of new schools it will often take four or five years to show up on state assessments because they don’t test until third grade. 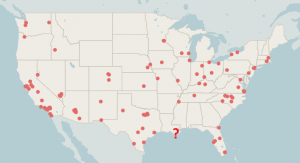 EduShyster: You know who you should talk to? Washington state. Their high-performing results seem to have showed up within days… But seriously, one can’t help but note that there were some noticeable absences from the index. Like New Orleans, which you’ve previously recognized as an *education city,* and where harbormastering AND relinquishment are at full throttle. As this visual aid that I have helpfully adapted indicates, New Orleans isn’t part of the index at all.

Gray: We focused on the 35 states that we could get complete data sets from, and there were a number of omissions. For example, it’s notoriously difficult to get information from the Louisiana Department of Education. The law requires that public information be publicly available, and some states are better at complying with the law than others. In future years we’re going to have a more aggressive data acquisition process that includes FOIA requests.

The law requires that public information be publicly available, and some states are better at complying with the law than others. In future years we’re going to have a more aggressive data acquisition process that includes FOIA requests.

EduShyster: So this isn’t actually a question. This is me pausing at some length to ponder what strikes me as the deeply ironical fact that because the organizations at the center of the Education Cities vision of reform are private—like, say, the Philadelphia Schools Partnership, or the Boston Schools Fund—curious types like me who would like to see what said groups have planned for the future of public institutions in cities like, say Philly or Boston, cannot. Their nonprofit status makes them, to use a nonexistent expression, un-FOIA-ble.  Pondering. Pondering. OK… I happen to know that your vision for the Education Equality Index is far broader than the particular *frame* of your organization, upon which I’ve been harping here. While I try to calm myself down, why don’t you take this opportunity to describe where you see this going?

Gray: Our interest in this was motivated by one particular frame, but we saw very quickly that this was much bigger than us and we don’t want the Education Equality Index to necessarily be an Education Cities-only project. There will be a significant number of analyses done on this data set, and we hope to partner with a wide variety of organizations, including folks that haven’t been our traditional allies. This is a long-term investment in a tool that I think is useful to a very broad group of stakeholders, including teacher unions, reform groups and legislators. The Education Equality Index provides another source of information for folks to consider as part of a much more holistic conversation about what they want their school systems and their cities to look like. 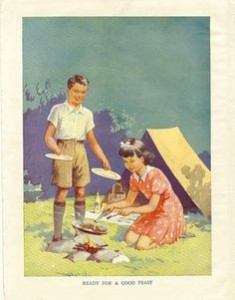 EduShyster: I love the idea of the *index-as-campfire,* with unlikely campers gathered around, toasting best practices from whence ever sector they com. But one can’t help but note that there seems to be a remarkable singularity of vision and purpose amongst virtually every entity involved in this project: from Education Cities and your 31 member organizations in 24 cities, to the Michael and Susan Dell Foundation, which funded the index, to your data acquisition partner, Great Schools, which is funded by, well, you get the point. Why invite everyone to the index campfire for a holistic, open-ended conversation when you’ve already reached a pre-determined conclusion?

Why invite everyone to the index campfire for a holistic, open-ended conversation when you’ve already reached a pre-determined conclusion?

Gray: Let me put it to you this way. If analysis tied to the index suggests that there are strategies for increasing the growth of schools closing the achievement gap, we will advocate for our members to pursue them. This is not an information-rich sector that we are in. A lot of people have opinions that are not rooted in data. They’re rooted in politics or a theory of change, with an emphasis on *theory.* Or they are rooted in financial agendas. I understand what you’re trying to imply. I take some umbrage at the implication.  I think the best way to answer is to say that if the Education Equality Index or any other better data tool that is developed over time suggests that there are certain things that work, I feel on a personal level it’s important to pursue those things. And I’d hope that any other interest organizations, whether they’re teacher unions or education reform groups or charter school organizations or talent organizations. would say  the same thing because I know that we all have good intentions in this work. My hope is that this is the beginning of a wave of more research and more data and information that can inform our strategies. All I can commit to is that our organization will pay a lot of attention to what we learn, not just through our own research but through other people’s research. Then the question is, will people actually move their positions and their strategies based on what they learn? What I can say is that we will.

All I can commit to is that our organization will pay a lot of attention to what we learn, not just through our own research but through other people’s research. Then the question is, will people actually move their positions and their strategies based on what they learn? What I can say is that we will. 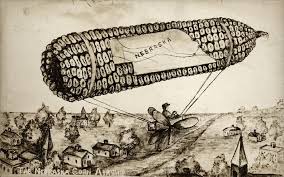 EduShyster: Well, shall we wrap this up the same way that we began, by paying homage to Omaha? Another thing that makes the *Gateway to Gap-Closing* unique besides the absence of charter schools, is that it happens to be home to seemingly the only billionaires in the USA who are not seeking to *disrupt* public education. In fact, the Buffetts have invested a sizable chunk of change in an effort to *establish a more level playing field for all kids* before they ever get to kindergarten. Will you, Ethan Gray, accept my Cornhusker Challenge and accompany me to Nebraska in order to find out more? Note that I’m pretty sure Nebraska does not have a harbor…

Gray: I will absolutely accept your Cornhusker Challenge. When do we go?

EduShyster: It better be soon. An ambitious plan to bring charter schools to Nebraska is already in the works.

Ethan Gray is the executive director of Education Cities, a network of 31 organizations in 24 cities that does not include Omaha—yet.