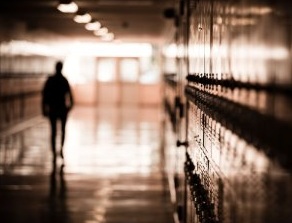 Today’s topic is civil rights. As in those things that you are not supposed to violate. Unless, of course, you are part of an effort to crush the achievement gap—otherwise known as the civil rights issue of our time—in which case you may apparently violate civil rights with impunity.

The first stop on our tour is Fall River, Massachusetts, where the US Department of Education’s Office for Civil Rights has just announced an inves­tigation into allegations that the city’s schools are suspending black and Latino students at a disproportionate rate. According to the ACLU, the Fall River Public Schools suspended 18% of all students in the last school year. And as Dan Losen of the Office of Civil Rights explains, even suspending a kid once can cause him or her to fall into the achievement gap.

“Even just being suspended one time is correlated with a much higher risk of dropping out,” [Losen] said. “Schools should use suspension as a measure of last resort.”

So far, so good. Except that it turns out that Fall River isn’t even close to topping the list of schools in Massachusetts that suspend the most students. That honor belongs to an impressive roster of charter schools.

Color me officially confused—and not just because the LIFO lifer teachers I had in school spent most of their time in the smoking lounge. Why is Fall River in agua caliente for suspending so many students, yet charters that are suspending twice, even three times as many students somehow manage to avoid the headlines—except of course when said headlines include words like “excellent” and “innovative”?

Here’s where things get even murkier. You see, Fall River caught the attention of the feds because the schools were suspending black and Latino students at disproportionately higher rates than white students. But the same can’t be said of the charters that made our list of shame. How come? Because these are urban ‘no excuses’ schools that enroll few if any white students. These charters can’t be accused of suspending minorities more often than whites because there aren’t any whites to compare them to.

Reader: that wobbling sensation underfoot isn’t just the fault of your wine box; we have officially entered a strange and nonsensical place known as terra rephormlandia. In rephormlandia we do whatever is necessary to close the achievement gap—even if our chosen methods end up widening the achievement gap. So what if suspending students interrupts valuable test prep time and puts them at higher risk for dropping out? The remaining, non-suspended students are going to CRUSH the state tests, thus garnering more good news headlines, additional private money for expansion, etc.

Keep in mind that even the charters’ staggering suspension numbers don’t fully reflect how often this punishment is used. As a teacher who formerly taught at one of these charters explained to me, those percentages don’t include repeat offenders—a student suspended once counts just as much as a students who is suspended 35 times.

THIRTY FIVE TIMES? Is that even possible? Alas, reader, never forget that we are in rephormlandia. The student in question returned to the Boston Public Schools after his 35th suspension. The charter, a true academy of excellence and innovation, will soon take over operation of one of the largest elementary schools in Boston.

Is it OK to violate civil rights in the name of civil rights? Talk back to tips@haveyouheardblog.com