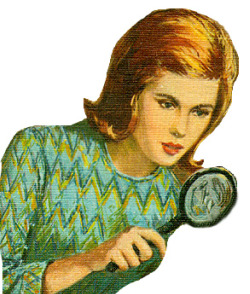 EduShyster: Let’s get right to the question that’s on all of our minds. Is that John White as handsome as he looks in his pictures?

Mercedes Schneider: Well, it depends on how you define handsome. I personally find honesty to be an attractive trait…

EduShyster: You broke a big story over the weekend. Somehow you managed to get your hands on Louisiana’s 2014 ACT scores, which the state Department of Education didn’t seem to want to release. What do the numbers tell you?

Schneider: They’re terrible. I go over them in more detail here, but what you need to know is that the composite ACT score for the schools in New Orleans’ Recovery School District dropped from the year before, and that for individual high schools the scores are in the 13, 14 and 15 range. For comparison’s sake, to get into Louisiana State one needs an ACT score of 22—a minimum of 19 in math and an 18 in English. But what really stands out to me is that the students in New Orleans who took the ACT in 2014 were in 3rd grade when Katrina hit. Even if you have students who didn’t return to the city for two years, that means they’ve been attending these charter schools since 5th grade. That’s how long they’ve been subject to this experiment. You look at these numbers and it’s clear why John White didn’t want them to be made public.

EduShyster: To be fair though, as you point out, there are a handful of districts that scored lower on the ACT than the RSD did.

Schneider: They’re smaller districts where you have students from a single high school taking the ACT, and we’d have to look at the situation to see what other factors, including socioeconomic issues, might have contributed to those scores. In addition, St. Helena’s middle school was taken over by the RSD, and the students return to St. Helena for high school. One cannot really tease out the contribution of RSD vs. St. Helena’s to the outcome here. The RSD’s low ACT composite is notable because so many students took the test, and it is therefore s a more stable number: over 1,000 students as opposed to 30, 60, or even 100. 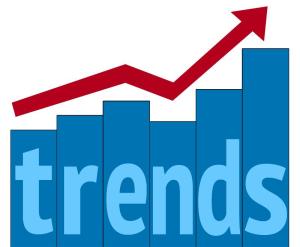 EduShyster: Hold it right there. I believe I’ve just caught you out in a contradiction. If lots of students in the RSD took the ACT, doesn’t that mean that participation is up and that, therefore, the experiment is a success and should be exported to as many other locales as quickly as possible?

Schneider: We don’t actually know how many more students took the ACT last year. The only reference on the Louisiana Department of Education website is this paper, which supposedly reports an increase in the number of students who scored 18 or higher from one year to the next, but what LDOE doesn’t disclose is the total number of test takers. If I can’t compare the total number of test takers each year to the number scoring higher in each year, I really don’t know if there’s improvement. All that this LDOE offering does is allow LDOE to put something on their website in place of the class of 2014 ACT scores they wish for the public not to see. The real problem for John White and the LDOE here is that you can’t hold up these tests as a sign of progress but then refuse to release the results.

EduShyster: All right, fine. I’ll ask the exact same question another way. Can’t we just compare these ACT scores with the pre-Katrina scores and declare the New Orleans model a success once and for all?

Schneider: Comparison before and after isn’t possible because the district hasn’t been stable enough to do that. Not only do we have different schools since Katrina and different students, but the schools themselves have been constantly in flux since the state took them over. When one has schools in New Orleans that are getting composite scores this low and so many years in, that’s a pretty clear sign that the system isn’t working as promised. The problem with being told now that we need to be patient and assess these scores with a nuanced eye is that the New Orleans model wasn’t sold as something that would gradually raise ACT scores from the very bottom to the near bottom. It was touted as THE fix for a broken public system. When we look at these scores, we have to keep in mind what the architects and advocates of this privatized, test-driven model claimed it would do—and are still claiming, for that matter. The reality is so far from the claims being made. That’s why these scores weren’t released. 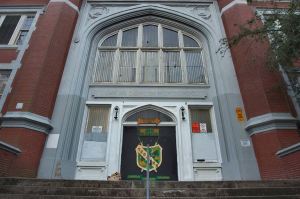 EduShyster: I’m pretty chummy with some of those architects and advocates, so I can channel their objections to everything you’re saying with disturbing ease. Here’s one: aren’t you forgetting just how bad things were pre-Katrina?

Schneider: I’ve got news for you, sugar. It’s time to get off the Katrina train. That train left a decade ago. Just because I’m not agreeing with what you’re doing doesn’t mean that I’m somehow defending what was. All I’m saying is that when you bring people who have an agenda in to run things but who have no investment in the community, it doesn’t work. What never happened in New Orleans is that the people who set up this system never went into the community, to the parents, and asked *what can we do for you?* This system was imposed. New Orleans was never asked *would you like to keep your community schools and have choice from that vantage point?* New Orleans’ schools need leadership that understands that the point of leadership isn’t to blow up the community but to serve the community.

EduShyster: OK fine, you win. I’m appointing you the new CEO of New Schools New Orleans. What’s the very first thing you do, other than add the word *relinquishment* to your vocabulary?

Schneider: I would go and talk to the parents and I would say, *What can I do for you? What do you need in this community?* You look at a school like John McDonough High School that had a 13.8 composite ACT score. That was a school that was given to Steve Barr of Green Dot. It was going to become a miracle school, and instead, McDonough was allowed to languish. The story could have been different if the school had remained part of the community and was led by someone who was invested in the community.

EduShyster: This is a story about accountability, and while it’s specific to New Orleans and Louisiana, we see versions of this story playing out in cities and states across the country. Secrecy is abetted by a weakened media, especially at the local level. Has that been true in Louisiana?

Schneider: Absolutely. Why didn’t any mainstream journalists pound the pavement in order to try to get these scores? I think that any time you have a situation where information is as tightly controlled as it is by education officials in Louisiana, that should raise a real red flag. If you can’t find data that hasn’t been massaged or indexed or changed to the point where it no longer means much, that’s a red flag that there’s something going on that officials don’t want us to know. And if reporters aren’t going to ask those questions, somebody else is going to have to. I will ask those questions, and I will pursue the answers. 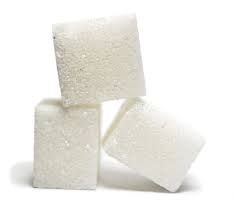 EduShyster: Can you tell us anything about how you got your hands on these scores?

Schneider: People get tired of the secrecy and the maneuvering. What happens is that you have people willing to come forward with information who might not have done so in the past. That’s how I got the scores. Because people can’t trust what’s coming out of the LDOE, they read my work, and they trust me. I have no agenda other than the preservation of the schools. I take no questionable money, and I’m not seeking a political office. People of conscience are looking for an outlet in their frustration about what’s happening to public education, and higher education, in Louisiana.

EduShyster: Last question. I’m coming down there this spring to talk to people about what happens to a city that loses, first its neighborhoods, then its neighborhood schools. Know anyone I can stay with?

Schneider: You know it, sugar.

Mercedes Schneider is a career teacher who blogs about education reform in Louisiana and beyond. She’s the author of A Chronicle of Echoes: Who’s Who In the Implosion of American Public Education. Her book on the history, development and promotion of the Common Core will be out this spring. Send tips and comments to tips@haveyouheardblog.com.