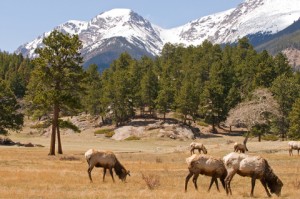 It’s election season in America’s choiciest locale, Douglas County, Colorado, USA. And that can only mean one thing: DougCo residents will soon be making a choice about choice. But will they make the right choice? And is there someone, or better yet, many someones who can descend upon DougCo in order to help them choose wisely? Reader: saddle up the ponies and prepare the choice wagons—we’re headed west.

Cheddar for choice
In just a matter of weeks, voters will choose their choice for DougCo School Board. The contest has set off a veritable *choice rush* among the nation’s pre-eminent school choice 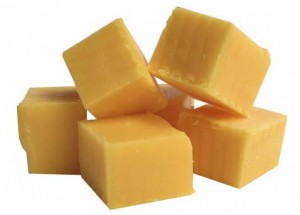 advocates, few of whom actually live in DougCo. First the Brothers Koch, among the nation’s choosiest choosers, got in on the action, kicking in $50K to support their chosen candidate. They were joined by the Milwaukee-based Bradley Foundation, which sent $25K worth of Wisconsin-aged cheddar to support choice in DougCo. Not to be outdone, Texas’ C3 Solutions—all three of the C’s stand for *choice*—is throwing its support behind the current choice-loving School Board. Even conservative Christian Focus on the Family is taking time away from its crusade against the choice of homosexual marriage to urge DougCo voters to choose choice.

Betting on choice
And don’t forget the celebrities of the choice world. In recent weeks such luminaries as Rick “Cage Buster” Hess of the American Enterprise Institute and William “Bill” Bennett, the very same Bill Bennett who will soon be receiving a 2013 EdReformie award, have taken to the airwaves in order to promote the choice of choice. Their promotional tour included this video as well as an appearance by Hess on Bennett’s radio show, Morning in America, where the two chatted up choice. Bennett even traveled to DougCo to throw his weight behind the choice choice, talking Transformative Education in Colorado at a local Chamber of Commerce. Choice doesn’t come cheap though; tickets to the event started at $500. Note: if you missed Bennett’s appearance, be sure to check out his forthcoming book on, what else?, school reform in Douglas County, Colorado. UPDATE: news reports indicate that both Bennett and Hess are being paid by the Douglas County School Board. 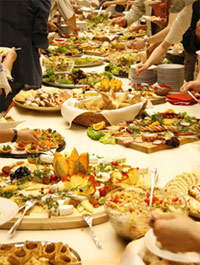 Why the sudden agreement among choice choosers that DougCo is the top choice? Simple, reader. You see DougCo, the 8th most affluent county in these United States, is the first suburban school district to go full choice. Regular EduShyster readers will recall that under chief choicemaker Elizabeth Celania-Fagan, the DougCo schools have embraced a BluePrint for Choice, choosing charter choice, voucher choice and a new system of nouveau niche schools guaranteed to please even the choosiest choosers. This has choicetivists breathing heavy. For if suburban parents can be convinced to throw over their neighborhood schools in favor of a veritable smorgasbord of choice, what’s to say the DougCo experiment can’t be replicated in all sort of schools districts—like yours, for example?

Some choice words
There’s just one little problem, reader. You see, while everyone agrees that choice is the right choice for DougCo, especially choosers who don’t actually live there, someone forgot to tell the parents whose children attend DougCo schools. In fact, several of these parents have some rather, ahem, choice words for the choice advocates who’ve got DougCo’s schools in their sites. The parents particularly object to the characterization of their district as a “terrific laborator[y] for bold solutions.” Here’s how one DougCo mom put it:

My children are not lab rats. Their education isn’t an experiment. My kids don’t get a do-over. They get one chance at an education, one chance to learn, one chance to grow. And right now, Douglas County is cheating them out of their one chance.

Another mother says that her concerns about the leadership of the DougCo schools are now so numerous that, like Bill Bennett, she could write a book:

I could go on and on, but then I would write a book. All I know is, if something doesn’t change with the direction our school district is heading, I will be pulling my kids from DougCo and sending them to another school district or home schooling them because it is extremely important to me that my kids get a excellent education and, thanks to the current administration of DougCo, that is not happening.

Send comments or tips to tips@haveyouheardblog.com.