Baltimore girl Adell Cothorne says that to understand what’s been happening in her city, you have to follow the money… 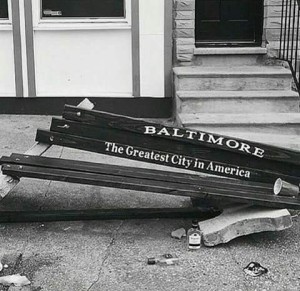 When people danced in the streets after the announcement that all six officers involved in the Freddie Gray incident will face charges, I couldn’t help but feel indifferent. I suspect that the announcement by Baltimore City States Attorney Marilyn Mosby had more to do with politics and money than justice. I want to believe that Mosby’s intentions were pure. But I also know that one of Baltimore’s biggest tourist events, the Preakness Stakes, is just ten days away. The race generates millions of dollars in revenue. And a city on fire wouldn’t exactly be a welcoming draw for all of those ladies in flowery hats and men in seersucker suits… 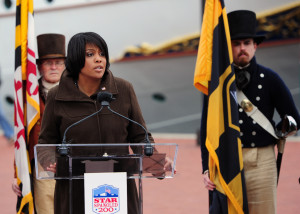 Where I live
When EduShyster contacted me and said: *Adell, you REALLY need to write about what’s happening in Baltimore,* it took me about three seconds to agree. At the time, I was sitting on my living room couch watching television as parts of my hometown were engulfed in flames. After all, I graduated from high school with the current mayor – Stephanie Rawlings Blake (Western Doves!).  I have been in the presence of Jamal Harrison Bryant (the pastor who has become somewhat of a national mouthpiece for what’s happening in Baltimore) on several occasions. The streets where I once played with my cousins, were now home to the National Guard and tanks – TANKS! I have the backstory to what has occurred in recent weeks that many outside, and even some inside, the city limits aren’t privy to.

But I also have my own backstory when it comes to Baltimore. You see, I’m a fraud. Not a complete fraud, but definitely a bit of a fraud. I may tell everyone I meet that I’m a Baltimore girl, born and raised, pre-school to doctorate, but I’ve lived a life of duality, publicly and proudly waving my Baltimore flag, while privately loathing the fact that I’ve been here all my life. 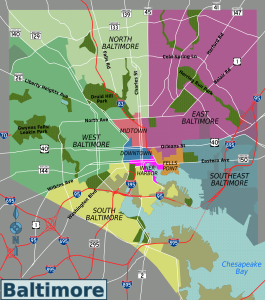 And even that rings a bit hollow, I live on the outskirts of Baltimore. After living in the actual city limits for 25 years, I moved into what we call *the county* in 1995, my second year of teaching. When my mother announced to me it was time to leave the nest, I made sure that my new place of residence was outside of the city limits. I wanted to be like George and Weezie and *move on up.* And while it wasn’t a *deluxe apartment in the sky,* but an adorable one bedroom apartment near a college campus, this was my way of leaving the city without really leaving Baltimore behind.

Behind the scenes
I think it’s important that I give full disclosure on where I live because even though I live a mere ten minute drive from the heart of the recent turmoil, I am still far enough removed that the disturbances and unrest don’t impact me directly. My privilege allows me a certain amount of distance, both literal and figurative, from what’s been transpiring on some of the city’s streets. Now let me tell you what I know. 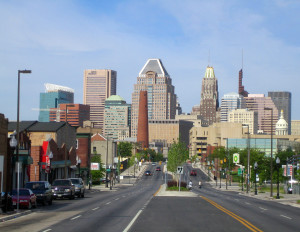 My former classmate, Baltimore mayor Stephanie Rawlings Blake comes from a Baltimore political dynasty. Her father, Pete Rawlings, was the first African American to become chair of the powerful Appropriations Committee in the Maryland House of Delegates. I remember having conversations with Stephanie and our other 9th grade classmates in which she would pronounce that one day she was going to be mayor of the city. At the age of 14, I didn’t give her statement much credence.

Rawlings Blake initially came to be mayor after her predecessor, Sheila Dixon,  resigned. She managed to hold on to the job after an election that saw the lowest voter turnout in Baltimore’s history.  Many in Baltimore know that Rawlings Blake was never focused on improving the neighborhoods that have been making headlines. Instead, she has focused on tourism, including an ill-fated Grand Prix race that drained money from city coffers and tied up local traffic patterns in knots.

Rawlings Blake has presided over the growth of certain Baltimore neighborhoods: Canton, Fells Point, and Butcher Hill to name a few. (Baltimore even had the fortune–or misfortune for some–of having a Bush daughter reside in a neighborhood for a while.) Those in the know understand that Baltimore neighborhoods receiving upgrades are those neighborhoods that have been gentrified and are now home to a growing number of upper middle class whites.

Meanwhile, Sandtown-Winchester, the community that was home to Freddie Grey and the protests, and described as having an almost paralyzing lack of hope, has missed out on the mayor’s attention. When you look at the data, the picture is as dismal as it is striking: the percentage of people in Baltimore City who live below the poverty line is more than twice that of other parts of the state. And what is there to say about a city where some residents confront violent trauma with such regularity that the local teaching hospital trains medical personnel to handle war injuries?

And what is there to say about a city where some residents confront violent trauma with such regularity that the local teaching hospital trains medical personnel to handle war injuries? 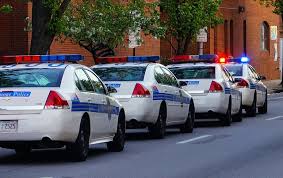 Letting some communities burn
When the riots were in full throttle last week, I wasn’t surprised to see police in full protective gear stationed in downtown Baltimore. After all, downtown is now home to many hotels, restaurants and bars along with two stadiums and a host of other tourist attractions, not to mention rowhouses valued at more than $1 million. Did I mention the sparkling new casino which was supposed to shower the Baltimore Public Schools with some of its revenue? (Note: the schools are still waiting). The message was loud and clear: you can destroy your own community, but don’t even think about coming this way. The decision to let some communities burn while others were protected was about one thing: money.

The message was loud and clear: you can destroy your own community, but don’t even think about coming this way. The decision to let some communities burn while others were protected was about one thing: money. 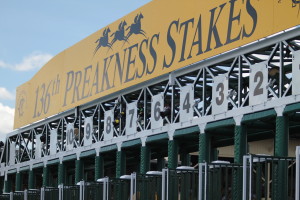 And the horses race on
The Pimlico Race Course, Baltimore’s historic track that will host the Preakness Stakes in just ten days, is less than five miles away from the epicenter of the protests. It’s hard to imagine a more jarring contrast than seeing disgruntled city residents in the streets shouting *no justice, no peace*  while ladies in large flowery hats and men in seersucker suits and bow ties sip mint juleps and bet on horses. And we certainly couldn’t have a 10pm curfew, which would mean everyone would have to end their drunken shenanigans and clear the streets. Now, that just wouldn’t be hospitable…

Adell Cothorne is a member of EduShyster Academy and a regular contributor to EduShyster.com.This is the first in her series of posts about Baltimore. Follow her on Twitter @adellcothorne.