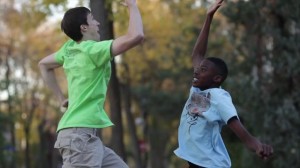 EduShyster has already written excitedly about Minneapolis School Board candidate and young rephormer Josh Riemnitz. Now at the urging of some of my Premium members in the Twin-Cities I’m revisiting what insiders are calling the “erase for the phuture of the Minneapolis Public Schools.” Full disclosure: EduShyster has only been to Minneapolis once—AND IT WAS TOO COLD TO GO OUTSIDE. But just because one knows virtually nothing about a city shouldn’t prevent one from taking sides in a race (or using the pretentious “one” more than once in a sentence). You see reader, education rephorm is pretty much the same these days, in whichever of the phifty states one finds oneself. END_OF_DOCUMENT_TOKEN_TO_BE_REPLACED