I talk to Tracy Novick about what Question 2 actually says, and what’s behind the Massachusetts school committee rebellion…

EduShyster: I thought we could start out with a little TV viewing. Here’s one of the latest spots for the campaign to lift the charter school cap in Massachusetts, and it features none other than our own governor, Charlie Baker.

The spot is just 30 seconds long, but my sense of confusion persisted long after that. The Governor doesn’t seem to be talking about the same ballot question that I’m helpfully linking to here.

Tracy Novick: It is not accurate to say that Question Two is only about nine cities. Right now, when the state considers new charter schools, priority goes to school districts in the lowest 10% of performance. But under the ballot question, the district performance doesn’t even have to be considered unless the state gets more than 12 applications in a year. The largest number of schools the state has actually chartered in a year date back to the mid 90’s, when they chose six or seven in a year. Having more than 12 applications isn’t likely. That means the charters really could go anywhere. Question Two actually replaces a system where some of those nine cities are first in line with one where most of the time they won’t be.  END_OF_DOCUMENT_TOKEN_TO_BE_REPLACED

Stacking up winners and losers in the Great Massessment Debate… 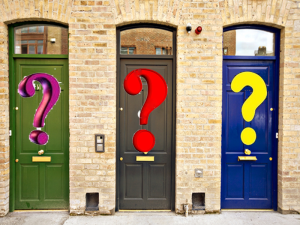 *I’ll take door number three, Monty.* Wait—there’s a door number three¿¿¿ I speak, of course, of the remarkable journey that has been the Great Massessment Debate. PARCC vs. MCAS. MCAS vs. PARCC. This week the path to college and career readiness suddenly reached a fork in the road, by which I mean a trident. But as any young Massessee who has fallen on the wrong side of the cut score can attest, there must be winners and losers in this particular contest. To the doors, reader!  END_OF_DOCUMENT_TOKEN_TO_BE_REPLACED