A big new study finds having just one Black teacher makes it far more likely that Black students will remain in school. But there’s a problem. The percentage of Black teachers, particularly in urban areas, has been sinking like a stone. Co-host Jack Schneider climbs into the *time machine* (twice!) to give us an historical perspective. Special guest Terrenda White explains the role that education reform has played in reducing the number of Black teachers, and why recruiting Black students to be future teachers is such a challenge when school can feel a lot like jail. It’s Have You Heard #17! Full transcript available here. 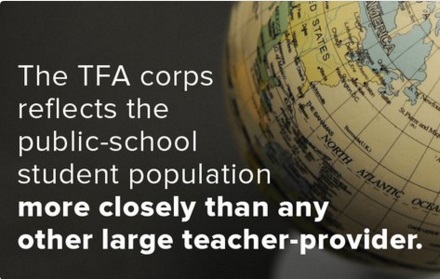 Terrenda White: When I was first writing about TFA, I was complaining about the lack of diversity in the corps, especially when I was there in the early 2000s. And so a part of me is really happy that TFA seems to care about diversity and improving their numbers, and I think I’m fair in my piece about acknowledging that. But while TFA may be improving their diversity numbers, that improvement has coincided with a drastic decline in the number of teachers of color, and Black teachers in particular, in the very cities where TFA has expanded. I don’t see them making a connection between their own diversity goals and the hits that teachers of color have taken as a result of policies to which TFA is connected: school closures where teachers of color disproportionately work, charter school expansion, teacher layoffs as schools are turned around. We have to talk about whether and how those policies have benefited TFA to expand in a way that they’re not ready to publicly acknowledge.  END_OF_DOCUMENT_TOKEN_TO_BE_REPLACED