Was a popular Manhattan Beach, CA teacher fired for speaking out? 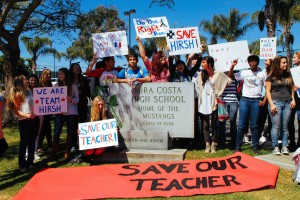 It’s field trip time, reader, and you’ll need your upscale duds for this trek. We’re headed to Manhattan Beach, CA, known for spectacular coastal views, pricey real estate and some of the highest performing schools in the Golden State. But these days there’s something fishy in the air here—and it’s not just the sea lions. For weeks now, students and parents in Manhattan Beach have been up in arms over the firing of Tim Hirsh, a beloved French teacher at Mira Costa High. So why exactly did Hirsh get the axe? There’s only one way to find out, reader. Into the bathyspheres—we’ve got murky waters to plumb…   END_OF_DOCUMENT_TOKEN_TO_BE_REPLACED 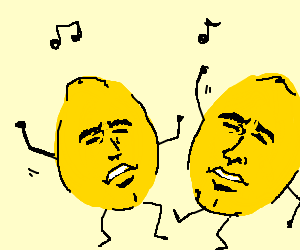 Reader: barely had the verdict been announced in the landmark legal case Vergara vs. Lemons when the verdict was reached. The Vergara verdict represents a huge win for the kids. My own favorite verdict came swiftly from value investor Whitney Tilson who *stopped the presses* an unprecedented quintuple times in order to announce that the Vergara decision was a *grand slam for students* and a *grim day for the Blob.* (Note: if you are regular reader of this blog, you are a de facto Blob member.) Which got me to wondering. Might there be some other beneficiaries of the Vergara victory, besides the kids that is? I’m recommending an extra lemon twist to today’s featured quaff—you’ll need it. END_OF_DOCUMENT_TOKEN_TO_BE_REPLACED 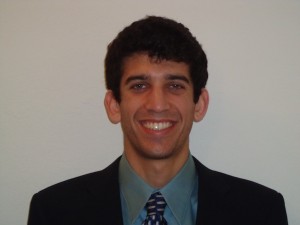 Spielberg: I’ve got to believe that they won’t win because their case was really bad. Even the experts they brought in to testify have found that there’s not that much disparity in terms of teaching quality between lower income and higher income schools, and because the statutes in question apply equivalently to low income and high income schools, it would be really hard to prove that they affect lower income and minority students differently than they do higher income students. I think that large part of the plaintiffs’ intention had less to do with winning than with waging a PR campaign against organized labor. The people who are driving this are generally wealthy interests that really dislike the concept that there are due process protections for any workers, not just teachers. They want all employment to be at will and they don’t want a collective voice.  END_OF_DOCUMENT_TOKEN_TO_BE_REPLACED