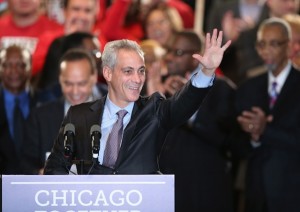 Here’s something I bet you don’t know about Chicago: we still have a residency requirement for civic employees. Teachers, firefighters, police officers –  they all must live in city limits. So must the mayor, a requirement that nearly disqualified Rahm from running in the first place. It means that the people who serve the city also depend on those services. Such requirements are designed to make sure that officials are also citizens; to create a natural alignment between the way that they treat others and the way they are treated. In short, it is to prevent the city from fracturing into *them* and *us,* instead attempting to create a true sense of *we.* END_OF_DOCUMENT_TOKEN_TO_BE_REPLACED