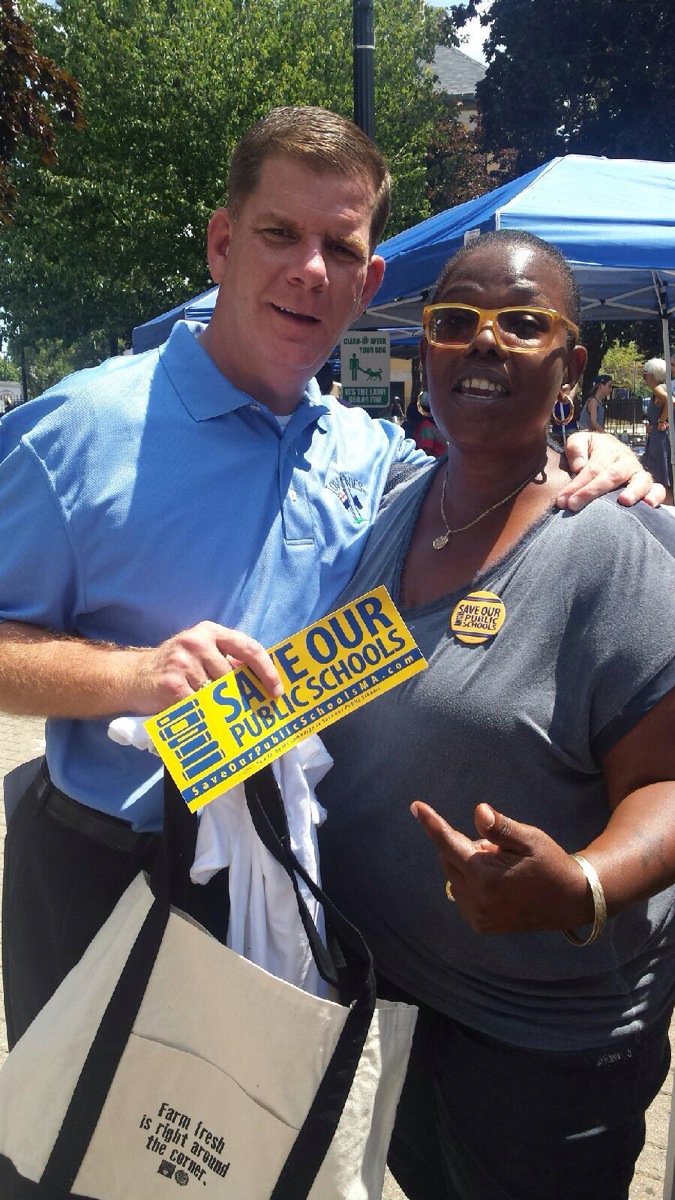 We were motoring around when the ad came on. It was one of those golden fall afternoons we’ve had a string of lately, the foliage suspended in a globally-warmed cocoon of brilliance, and suddenly there he was: Boston’s mayor Marty Walsh. Or as he pronounces it, *maeh.* Even with the mostly missing ‘r’s,’ his message was unmistakable: Question 2, the proposal to lift the state’s cap on charter schools, was deeply misguided. And he didn’t just mean bad for Boston, he meant bad for the whole state, making an already broken school funding system worse. *What were they thinking by going to the ballot?* my husband asked. Actually he said *What were they !@#$% thinking?* And for once I didn’t chide him for swearing.

I could give you a long list of reasons why Question 2 went down in flames. It was a complicated policy question that should never have made it onto the ballot. Yes on 2, despite outspending the ‘no’ camp 2-1 couldn’t find a message that worked, and was never able to counter the single argument that most resonated with voters against charter schools: they take money away from public schools and the kids who attend them. #NoOn2 also tapped into genuinely viral energy. The coalition extended well beyond the teachers unions that funded it, growing to include members of all kinds of unions, as well as social justice and civil rights groups, who fanned out across the state every weekend. By election day, the sprawling network of mostly volunteer canvassers had made contact with more than 1.5 million voters. END_OF_DOCUMENT_TOKEN_TO_BE_REPLACED