In Denver, running schools like businesses produces a predictable side effect: market cannibalization…

Editor’s note: the following piece was written by a teacher who recently left her position in the Denver Public Schools.

Lately, Denver has been in the news a fair amount for its *successful school reform.* But when I think about the impact that Denver’s reform had on my students, I can say for certain that it hurt them more than it helped.

The students at my school were among some of the neediest in the state in terms of free and reduced lunch funding, and some of the most affected by trauma. In other words, they were students who needed the most support. The budget cuts began in my third year there, and only got worse as students left to attend other *choice* schools that were opening nearby. For students, that meant the loss of our only school-staffed, non-academic elective other than art: drama. For teachers, that meant rationing paper, although we considered ourselves fortunate relative to schools that were rationing toilet paper and paper towels. END_OF_DOCUMENT_TOKEN_TO_BE_REPLACED 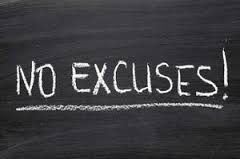 You were selected to teach at your school because of your intelligence, spunk, tenacity, vigor and, most of all, your passion for public education. You are a risk-taker. You have a can-do attitude with swag to match. You believe that every child has the capacity to achieve academically and are committing your life to ensuring that you affect change in every student you encounter. Your dedication to ensuring that traditionally marginalized students receive a first class education is commendable. But do you know how much power you hold? Do you truly understand the *No Excuses* school culture that you are part of? Do you know the psychological and emotional costs that the No Excuses model has on students of color? Furthermore, do you care to know? END_OF_DOCUMENT_TOKEN_TO_BE_REPLACED