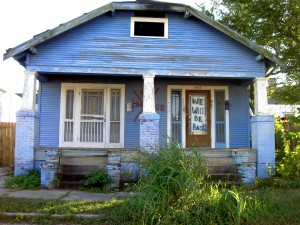 Here is all you need to know about the New Orleans schools before Hurricane Katrina hit, ten years ago this summer: they were awful. The schools were awful, the school board was awful, the central office was awful—all of them were awful. At a recent conference held to tout the progress made by the schools here since Katrina, Scott Cowen, an early proponent of the all-charter-school model that exists here now, described New Orleans’ pre-storm schools as mired in *unprecedented dysfunction.* In other words, they were awful. END_OF_DOCUMENT_TOKEN_TO_BE_REPLACED

Editor’s note: This summer is the 10 year anniversary of Hurricane Katrina’s devastation of the City of New Orleans. But it also marks the start of an ambitious – many would say audacious – effort to break up New Orleans’ long-beleaguered public school system and replace it with a *market-based* system in which charter schools compete for customers, in this case students and parents, and for top test scores. Neighborhood schools are no more. In fact, some of the neighborhoods hardest hit by the hurricane have few schools at all. Instead, students spend hours crisscrossing the city on school buses to attend charter schools that virtually all embrace the same approach: long days, strict discipline and a heavy focus on test prep. In the following interview, the kickoff to my series, New Orleans: Miracle or Mirage?, I talk to education scholar Kristen Buras about what education reform has meant for the city where she grew up. 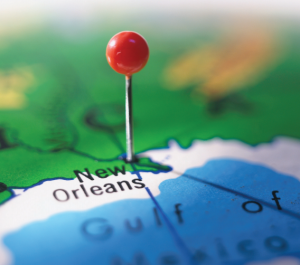 EduShyster: I want to start with a measure by which education reform in New Orleans has been a measurable success: it has helped to make the city richer and whiter, something that, it turns out, seems to have been part of the plan from the beginning.

Kristen Buras: Even though the charter schools in New Orleans are still largely attended by working class African-American students, who runs those schools has shifted dramatically. Black veteran teachers and administrators had served in the system for decades. Now what do you see? White leadership has been recruited to the city to run charter schools. Inexperienced recruits have been brought in from outside of the city to give teaching a whack for a year or two before departing for more lucrative careers or advanced positions within the charter sector. There’s definitely been a whitening of the teaching force and the administrative structure.But it’s larger than that. There is a racial re-envisioning of New Orleans as a whole. Take, for example, a project like 504ward, started by Leslie Jacobs, a former local and state-level school board member, which is all about making young professionals who have come to New Orleans as part of the so-called talent pipeline feel comfortable so they remain in city. So it really is at every level a racial reconstruction of the city.  END_OF_DOCUMENT_TOKEN_TO_BE_REPLACED