I talk to Richard Whitmire, author of The Founders, about the NAACP moratorium, the *charter pushback movement* and how to measure Success… 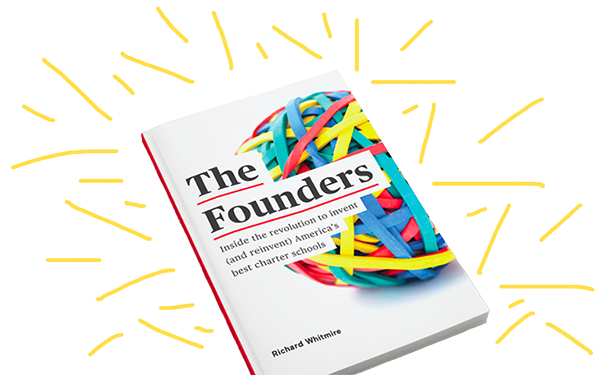 EduShyster: Let’s start at the end of your new book, The Founders: Inside the revolution to invent (and reinvent) America’s best charter schools. You wrap up with three challenges facing charter school expansion, one of which is what you call *the charter pushback movement.* It seems to be gaining steam, even since the book came out. How concerned are you about, say, the NAACP moratorium or the Black Lives Matter platform which makes many of the same demands?

Whitmire: I’m concerned about it because any time you start playing race cards it gets a little dicey. I think the unions are pushing any edge that they can get in this battle and they’re doing quite a good job of it. Frankly it doesn’t surprise me at all because if you’re looking at this from a political perspective, in other words, how to build a political base in *x* city, then the traditional school system—forced assignment, no charters—really works out better for you. I saw that in Washington DC when I was doing the Rhee book. Marion Barry had that Department of Education just overflowing with people. It was all part of his political machine. And it worked out really really well for him and it worked out really really well for the people who were employed there. The only people it didn’t work out well for were the kids. But from a political machine point of view, that’s the model you want. That’s the model that’s preferable. So it’s understandable why they’d push for that. But again, you have to look at those who are aspiring to be political leaders or already are and then those parents, and I come back again and again to those 4,000 parents on the waiting list for the Brooke Charter School in Boston. They’re all either Black or Hispanic. Who are you going to listen to: the NAACP or those parents? I choose the latter. END_OF_DOCUMENT_TOKEN_TO_BE_REPLACED