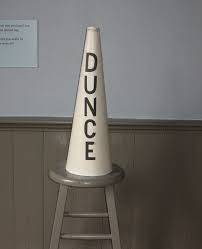 It seems like only yesteryear that an extraordinary amount of money and influence was lining up behind the long-suffering public school students of the Bay State. But last week state senators overwhelmingly declined to doff the *cap of excellence.* Wha happened??? And are there important lessons for us to ignore from what happened? (Like that making thin-skinned white guys the irritable face of a movement that’s supposed to be about low-income kids might not have been the smartest move…) Strap yourself in, reader, because it’s time for the official EduShyster cap the cap recap.   END_OF_DOCUMENT_TOKEN_TO_BE_REPLACED 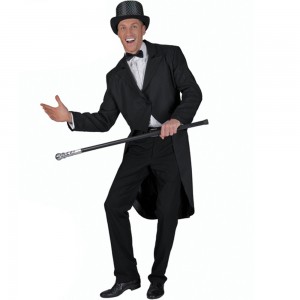 Eduttante: /ˌedjuˈtänt/
A shill or paid spokesperson advocating strict no-excuses charters for the urban communities in which he or she does not live. Related terms: educolonialist, whiteousness.

Today we meet a new character in our fast-paced edu-drama: the eduttante. This individual is among the most enthusiastic cheerleaders for the academies of excellence and innovation that are rapidly setting up shop in our urban centers. Often paid for his efforts (and rather well at that), the eduttante is a fierce devotee of military-style ‘no excuses’ charter schools—as long as they are for other people’s children. The eduttante’s own spawn seem to thrive in a somewhat, ahem, less restrictive environment.  END_OF_DOCUMENT_TOKEN_TO_BE_REPLACED 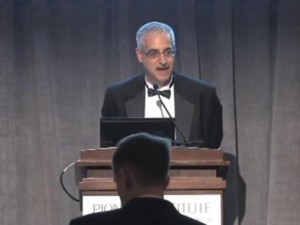 The Pioneer Institute’s Jim Stergios has emerged as the Bay State’s most emphatic charter cheerleader. But his ardor for charters is based less on fact than on wishful thinking and an ideological crusade.

The “Katrina moment” is a fave expression of the self-appointed education reform crowd. After all, who can forget  the dramatic images of  NOLA residents on rooftops after the hurricane struck, desperately trying to summon rescue personnel Teach for America? But how tone deaf do you have to be to refer excitedly to an urban school district’s “Katrina moment” while a hurricane is actually bearing down on New Orleans?

Meet Massachusetts’ very own Jim Stergios, head of the Pioneer Institute turned chief charter booster. Doctor Stergios, whose “column” appears regularly on Boston.com, has long had nothing but love for charters, but since the state took over the Lawrence schools the doc’s crush has became a full-fledged case of charter fever. END_OF_DOCUMENT_TOKEN_TO_BE_REPLACED