Since Betsy DeVos was nominated to serve as the top edu-official in the land, her role in shaping Detroit as an education laboratory in which an out-of-control lab fire now burns, has been subject to plenty of scrutiny. But we haven’t heard enough from parents who are living through the city’s experiment in unregulated school choice. In this episode of Have You Heard, the final installment of my ten-part series with collaborator Aaron French, I headed to Detroit to talk to parents about Motown’s school choice meltdown. They describe what it’s like when schools shut down without notice, leaving them to fend for themselves in the “education marketplace,” while mass school closures have left whole neighborhoods without schools. It’s a hard story to hear, and yet these parents, and the advocacy group they’re part of, 482Forward, will leave you feeling hopeful—something we could all use a little more of these days!

END_OF_DOCUMENT_TOKEN_TO_BE_REPLACED 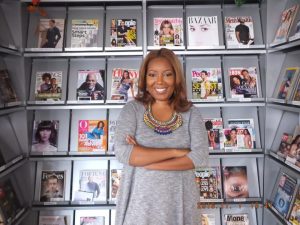 By Stephanie Griffin
When teachers in Detroit organized sick-outs last year, we weren’t in *receive mode,* as Betsy DeVos would say, waiting to be told what to do. The protests came about because no one would listen: not the school district, not our union, not our political representatives, and not the state that has been running the Detroit Public Schools for nearly two decades, during which conditions for teachers and students have gotten progressively worse. And our protests weren’t *sponsored and carefully planned.* My school, Cass Tech, is one of the best schools in the city, but teachers here believe in solidarity, and we knew that our only hope of drawing attention to the plight of teachers and students in Detroit was to join the protests. So we joined in, along with teachers from 90 other schools, and we ended up getting national attention. END_OF_DOCUMENT_TOKEN_TO_BE_REPLACED

The ultimate target of Betsy DeVos’ agenda isn’t teachers unions, or even the *education establishment.* It’s the Democratic Party… By the measures that are supposed to matter, Betsy DeVos’ experiment in disrupting public education in Michigan has been a colossal failure. In its 2016 report on the state of the state’s schools, Education Trust Midwest painted a picture of an education system in freefall. *Michigan is witnessing systematic decline across the K-12 spectrum…White, black, brown, higher-income, low-income—it doesn’t matter who they are or where they live.* But as I heard repeatedly during the week I recently spent crisscrossing the state, speaking with dozens of Michiganders, including state and local officials, the radical experiment that’s playing out here has little to do with education, and even less to do with kids. The real goal of the DeVos family is to crush the state’s teachers unions as a means of undermining the Democratic party, weakening Michigan’s democratic structures along the way. And on this front, our likely next Secretary of Education has enjoyed measurable, even dazzling success.

This story goes back a long ways, so settle in. We could start in the 1840’s, when the first Dutch settlers began to arrive in Western Michigan, or in 1970, when the DeVoses made their first attempt to amend the state constitution so as to allow for public funding for private, religious schools. Another obvious starting point is 1993, when then Governor John Engler called the public schools in Michigan an *educational gulag* and a *monopoly of mediocrity,* lobbing the first fusillade in a war against the state’s teachers that has never ceased. For the sake of brevity, though, I’ll fast forward to the mid-oughts, when Betsy’s husband Dick DeVos ran for governor. It was the fourth time that the DeVoses had brought their crusade to give the market and the Maker more sway over the state’s schools to the voters, and each time Mitten staters had delivered a resounding *no thanks* in response. And so the DeVoses pivoted. If they couldn’t convince voters to enact their favored policies, they’d purchase the legislature instead. END_OF_DOCUMENT_TOKEN_TO_BE_REPLACED

Mitten State* fundraising campaign such a success. In seven days, I raised $5,000 from 100 donors. Make that $5,025 from 101 donors. And while I did get a few three figure gifts (thanks Dad!), most of my contributions were small—$10 here, $18 there—from readers who want to know more about a would-be Secretary of Education and what the hell is going on in Michigan. So in just over three weeks, I’ll be hitting the road. Here’s where I’m headed, who I’ll be talking to and what I’m up to… END_OF_DOCUMENT_TOKEN_TO_BE_REPLACED

What’s the connection between schools and neighborhoods? If this seems like a straightforward question, try asking it to someone. Better yet, put it to a *stakeholder* in the heated debate over the future of public schools. For example, as neighborhood schools in urban areas are replaced by a portfolio of *choice options,* does that mean that the goal of education reform is to help students *overcome* their struggling neighborhoods? Can *choice options* fundamentally transform a *failing neighborhood*? What happens to a neighborhood when an institution as central and essential as the school is no longer part of it? And how do schools fit into the process of gentrification that’s reshaping so many cities?

Education policy wonk Seth Rau and I decided to pose the school/neighborhood question to a handful of people who we know, and whom we knew would have different opinions on what the connection between schools and neighborhoods should be and could be. Now we want to hear from you. Send your thoughts (under 500 words worth of thoughts please!) to Jennifer@haveyouheardblog.com and we’ll share in a future post.