Editor’s note: the following piece was written by a charter school teacher whose request for anonymity I honored. Leave comments or email them to me at tips@haveyouheardblog.com and I’ll pass them along. JCB 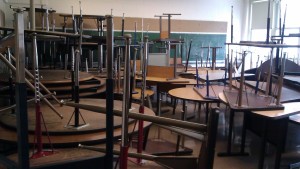 Last year I made the agonizing decision to leave my urban public school and take a job at a charter school that is part of a highly-regarded network. I loved my students and the community at my former school, but after a tumultuous year spent battling a hostile administration, I knew I had to leave. About two months into work, and now at the beginning of the school year, I’m convinced that I’ll become a much stronger teacher as a result of the feedback, support and coaching I’m getting at my new school. What I’m far less comfortable with, though, is the role that my charter network plays in the larger charter-school movement.  END_OF_DOCUMENT_TOKEN_TO_BE_REPLACED

Writer Andy Spears says that continued fallout from the Achievement School District’s takeover of a Nashville middle school could prompt legislators to put the brakes on the ASD.

By Andy Spears
Last year, I reported on the latest education reform game﹘Thunderdome﹘being played in Nashville. In this version of school disruption﹘organized by the state’s Achievement School District (ASD)﹘two schools compete for the privilege of being taken over by a charter operator. Yes, that’s right, two schools enter and everyone loses. Everyone, that is, except the charter operators. 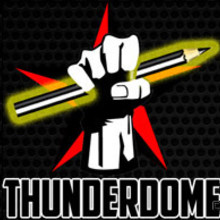 As reported, Neely’s Bend Middle School (grades 5-8) was the *winner* of last year’s Thunderdome fight for survival and is now in the process of being converted to a LEAD Public Schools charter grade-by-grade.

I bet you’re wondering what fun is in store now that Neely’s Bend has been declared the winner and is in the process of claiming its prize. END_OF_DOCUMENT_TOKEN_TO_BE_REPLACED

How not to respond to an opt-out request…

Dear education official: when a parent informs you that their child(s) will not be participating in a standardized-test-related activity, is the appropriate response to A: inform the parent that such is his or her right under Massachusetts’ ever *evolving* position on said right (or lack thereof); B: treat the opportunity as a *teachable moment* and *drill down* into the amount of testing currently mandated by the district in question; C: mock said parents in assorted correspondence with other education officials; or D: hope that said parents don’t file a public records request and pass said mocking correspondence onto a blogger…  END_OF_DOCUMENT_TOKEN_TO_BE_REPLACED