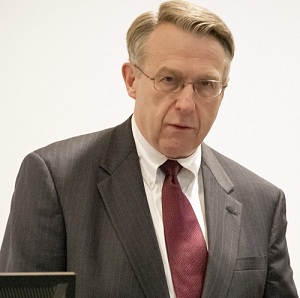 Now for those of you who might be new to the Boston Municipal Research Bureau’s particular brand of “research,” the EduShyster is pleased to give you a quick and handy overview. The Bureau’s unbiased, independent perspective largely consists of the following: Boston teachers are lazy and overpaid (as are all of the city’s public employees) and are protected by an iron-clad, 15,000 page contract that they have unilaterally imposed upon the city. That’s it. The group’s widely cited “reports” largely consist of their crack staff researchers making these points over and over again in an attractive, two-column format complete with contrasting fonts, plenty of pull quotes and the occasional sidebar for reiterating the highlights of the “report.” END_OF_DOCUMENT_TOKEN_TO_BE_REPLACED 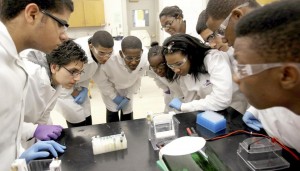 Boston pharma giant Vertex is investing $1.4 million to build a state of the art laboratory for urban high schoolers in Boston. Sounds like a lot until you consider that Vertex has received nearly $100 million in tax breaks in the last two years.

This article in the Boston Globe about the unbelievable generosity of local pharma giant Vertex tugged at my heartstrings and brought a tear to my eye. Vertex, which is building a ginormous new headquarters in Boston’s waterfront “innovation district,” manufactures two of my favorite drugs: Incivek and Kalydeco. I would recommend asking your doctor if both are right for you.

According to the Globe story, Vertex is investing $1.4 million to build a state-of-the-art lab for students in Boston public high schools. The company will also be working with students at two South Boston High Schools to provide supplemental workshops and classes, summer internships at the company, and a four-year college scholarship.

What’s in it for Vertex? Vertex executives said that they’re hoping to help close the achievement gap between urban students and their suburban schools. Now this didn’t surprise me at all because I know that if there’s one thing big pharma is passionate about it’s the achievement gap. END_OF_DOCUMENT_TOKEN_TO_BE_REPLACED