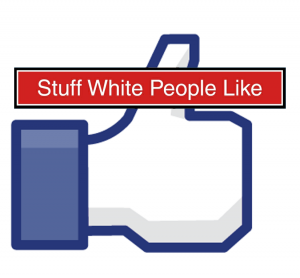 One lesson made abundantly clear by the recent Chicago teachers’ strike was that our nation suffers from a dearth of African-American hedge fund managers and venture capitalists. What can we do about this shameful scourge? I have no idea, but what I do know is that the strike revealed a fascinating split along race and class lines over what white hedge fund managers like to call priming the edu-pump for future profits education reform.

The key take away: rich white people who send their kids to private schools were the only group to oppose the teachers’ strike. In other words, the very group whose children will likely grow up to become the next generation of achievement gap warriors.

Warning: I am about to use some polling data to back up my claims so those of you whose own educational prospects were damaged by having LIFO lifer teachers in public schools, or who lost valuable edu-days due to a strike will probably need to call on a tutor at this point.

Now the news that African American parents overwhelmingly supported the strike came as something of an unwelcome surprise to the hedge fund billionaire education reform crowd, which flooded the airwaves with anti-strike ads. Democrats for Education Reform got increasingly snippy during the strike, lamenting the difficulty of getting anti-strike parents to show up at DFER rallies. DFER even came up with a compelling explanation for its small, all-white crowds. You see, unlike the greedy, lazy teachers who are paid an average of $760,000 a year for a school day just 7.5 minutes long, parents don’t have a union.

The award for best strike analysis, though, goes to venture capitalist Bruce Rauner, who summed up the lack of support for corporate education reform among minority parents this way: parents are dumb. Before you watch Rauner melt down on camera, you’ll want to acquaint yourself with his illustrious bio. The senior principal of GTCR Golder Rauner LLC, a Chicago-based private equity firm, Rauner is not only responsible for making Rahm Emanuel a millionaire, he also recruited  Stand for Children’s Jonah Edelman to come to Illinois. For those of you who are playing the EduShyster Connect the Dots drinking game at home, this would be a good time to refill your glass…

Case closed: minority parents supported the strike because they are dumb. (After all, those parents were likely taught by LIFO lifers themselves). Rauner and his DFER pals might have heard something rather different had they talked to parents with kids in the Chicago Public Schools. They might have heard, for example, that 20 years of education reform in the Windy City has produced rather, ahem, mixed results for African Americans. I learned this by Googling the words “Chicago,” “education reform” and “achievement gap.”Last year the University of Chicago’s Consortium on Chicago School Research—not exactly Big Teachers Union Inc—released a damning study that found that the city’s brand of reform has actually widened the achievement gap.

The reforms of Arne Duncan, Bruce Rauner, Rahm Emanuel et al have also had a devastating effect on African American teachers. In 1995, 45% of teachers in the Chicago Public Schools were African American. Today that number is down to 19%, as the fire, close, charterize and repeat model produces a younger, whiter teaching force.

The most eloquent explanation of why minority parents supported the strike in such high numbers came from parents themselves. This quote, from an excellent Reuters story, sums it up. “If everyone who can get out, does get out, there isn’t going to be much of a system of public education left, and that terrifies me. For some of us, the public school system is all we have.”