Minnesota’s charter experiment comes up short, while elsewhere in the Gopher state a Loon rises… 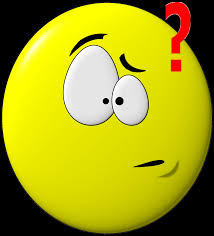 Gopher state hearts and minds are in a state of confusion these days, thanks to the simultaneous appearance of two head-spinning headlines. First came this stunning jolt to the system (the charter system, that is): It turns out that charter schools, even the ones in Minnesota (our license plates say *First in Charter Schools!*), may not be the magical, miraculous, free market answer to our public school problems we’ve been led to believe.

Our own Star Tribune broke the bad news to readers that in Minnesota’s charter schools, the achievement gap has found fertile ground:

Uh-oh
Uh-oh. Widening gulfs, white students doing better, test scores averages that are *dramatically worse than traditional public schools.* Are you thinking what I’m thinking?  Like what is this kind of *bad press* going to do to the investment hopes of Arthur Rock, Michael Bloomberg, and OxyContin heir Jonathan Sackler? Each of them poured money into the 2014 Minneapolis School Board race, and now they find out that charter schools and their parent company—school choice—might not provide a good return on their very generous investments? Such a let down. But wait, the Star Tribune, enjoying this new thing called data analysis, still had one more data bomb to drop. 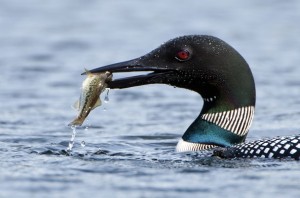 By now you are no doubt clutching your confused hands to your confused head. If charter schools are not the way to get all of our Minne-scholars college and career ready, then what, pray tell, is? Fortunately, one Minnesota state legislator, Republican Jenifer Loon (no, she is not related to the Minnesota state bird) has answers for us. In January, Loon introduced a bill that would ensure *every Minnesota child receives a world-class education,* and on February 17 it cleared the House and is now flying to the state Senate.

And how does Loon’s bill ensure a super stellar world class education for all? By attacking the scourge of LIFO, once and for all, of course. Loon’s *crazy like a fox* plan would, according to yet another StarTribune article, *end the practice of laying off the least senior teachers first, currently the default system in Minnesota law.*

R u effective or not?
But it doesn’t stop there. Loon’s bill also requires that teachers be laid off according to *effectiveness categories and rating,* aka student test scores. And—in a sweeping gesture of innovation—the bill *prohibits school administrators from placing students in consecutive school years in the classroom of ineffective teachers unless other teachers are unavailable.*

This sounds super great, but, my mind couldn’t help but wander back to the charter school story, where test scores are down and poverty and segregation are up. What if all of the teachers in a school are deemed ineffective, all at once?