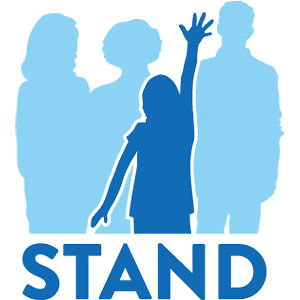 But no sooner had Governor Patrick heeded the pressure of Stand’s blackmail campaign army of grassroots supporters than Stand went dark.That’s right: not so much as a single tweet, blog update, or web announcement since July 3rd. Stand: do you know how many students have fallen into the achievement gap since then??? Jason??? That one teacher who appears in all of your promotional materials??? Where did everybody go???

Now a real cynic would say that there is absolutely nothing surprising about the fact that Stand has essentially turned off the lights and gone back to edu reformville. After all, their claim to be a grassroots group responding to the demands of their members seemed beyond ludicrous given that the only members we ever heard from were disaffected former Stand-ers who spoke loudly and often about  Stand’s complete ideological 180  evolving policy positions once the corporate spigot turned on.

So when will Stand for Children be back and what corporate agenda item much-needed reform will they pursue next? Will it be a push to lift the charter cap in Massachusetts, the Tam O’Shanter of educational excellence?Or perhaps they’ll follow the lead of the Illinois chapter and begin purchasing supporting political candidates who also believe that the achievement gap is the civil right$ i$$ue of our time?

The EduShyster suggests a campaign to fix one of the most egregious unfairnesses to the children of the Commonwealth. Despite that fact that we now know that many–if not all–of our best teachers have no certification and little experience, these gems of the classroom cannot even be considered as teacher of the year. Stand, can you hear the anguished cries of the grassroots? Every child deserves a teacher of the year, even if that teacher has no experience or credentials. Naturally we will need to consider legislation to fix this, perhaps using a threatened ballot initiative for leverage…