Is the education reform movement coming apart at the seams? 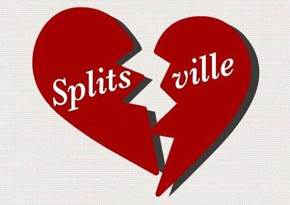 It’s a bird, it’s a plane—no, it’s the corporate education reform movement, a many-headed hydra racing down our nation’s educational tracks with such velocity that mixed metaphors are required even to describe it. But hark: beneath that bedazzled and bedazzling exterior lurks a messy interior—one that’s getting messier by the day. Let’s take a peek, shall we?

Whitney vs. Jeanne
Reader: as an avid consumer of Bravo’s Housewives franchise (New York, Miami, Orange County, Beverly Hills), I love a good shriek fest. And this throw down between hedge-funder and uber reformer Whitney Tilson vs. Jeanne Allen of the Center for Education Reform has me on the edge of my seat. If you’re just tuning in, here’s what you’ve missed so far. Whitney is officially hating on K12 and recently released this 125 page *tell all* telling all about the company’s dirty dog ways. To which Jeanne responded *¡oh no you di’int!* charging Mr. T with a serious conflict of interest for shorting K12 stock. Then Mr. T was all *¡right back at you!* revealing to the entire world that K12 and the Center for Education Reform have been totally going together for years. At which point, Jeanne was like *are we having fun yet?* Advantage: Team Jeanne. Whitney’s indictment of K12 was devastating and has major implications for the entire charter sector, but shorting K12 stock adds a layer of ethical *complexity* that’s a bit rich for this page. 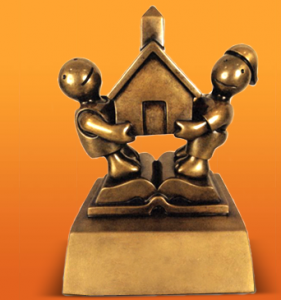 Fix It vs. F**k It
Reader: are you familiar with the Bad Girls Club? Well I am, and I can assure you that the battle of Team Fix It vs. Team F**k It, while technically an educational policy dispute, is every bit as hot as the Bad Girls Club takes Miami: Look Out Beaches! The dust up began a few weeks ago with the announcement that the Houston Independent School District had just received its second Broad Prize for outstandingness. To which one Andy Smarick replied End. The Broad Prize. Now. You see, Smarick is the unofficial captain of Team F**k It, which holds that urban school districts are so hopelessly broken that the only way to save them is to break them up into bits of excellence. On the other side is Team Fix It. Except that there really is no Team Fix it in this particular case. As anyone who has endured the misfortune of a Broad superintendent can attest, the Broad vision is bespeckled with the very charterizing, relinquishing and sector agnosticism that are the hallmarks of Team F**k It. Advantage: Sentences. That. Look. Like. This.

Romero vs. Austin
In case you missed it, Gloria Romero has left California Democrats for Education Reform to spend more time with her family. And by family I mean the army of parents behind that state’s parent trigger movement. OK—so maybe *army* is a little bit of a stretch since so far the Parent Revolution that is sweeping the Golden State seems to be mostly about one extraordinarily well-funded guy: Parent Revolution’s Ben Austin. And that was Romero’s point. On her way out the door to start her new group, the Foundation for Parent Empowerment, Romero said that she’s eager to work with some actual parents—and that she’d like to see Austin and Parent Revolution take a step back. Bravo to that! Advantage: Romero. 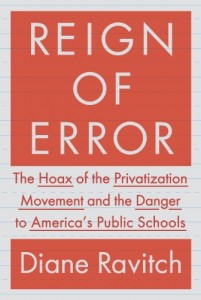 The ‘P’ Word vs. a Whole Bunch of People Who Don’t Even Know What It Means
Diane Ravitch: we have no one to blame for this dispute but you—and that’s in addition to the many things for which we were already blaming you! Ever since you used the word “privatization” in the subtitle of your polemical screed (which we have not actually read), we have been so confused. We mean, who on earth is talking about privatizing our schools? We’ve never encountered anyone who believes in such a thing. Does the word even exist? We’re not even sure we know how to pronounce it, having never heard the word before. Well, come to think it, we may have encountered it once or twice, but only in very private settings. Like the Union League in Philadelphia, for example. Advantage: Ravitch. Her book is currently #10 on the New York Times bestseller list, *baffling* subtitle and all.

Reformers vs. Reality
A recent week brought us not one, not two, but three different studies demonstrating that pay for performance is a steaming pile of failure. But aren’t we replete with studies? you are wondering. Ah—but these are different, young reader, for they were *randomized,* something very difficult to pull off in edu-land. Alas, because the Institute for Education Science is currently shut down, these devastating findings will likely remain a secret for now. Come to think of it, I’m betting they’ll continue to be ignored long after the shut down shuts down.  Advantage: Planet Reality. It’s a wonderful place to visit…