I went to a high-performing charter school to become a better teacher. Instead I learned how to silence and punish kids.

Editor’s note: the following piece was written by a charter school teacher whose request for anonymity I honored. Leave comments or email them to me at jennifer@haveyouheardblog.com and I’ll pass them along.

It’s sexy to be *woke* right now. Some schools are infusing social justice into their curricula, while others are scaling back on harsh discipline practices. At an individual level, an increasing (and still too small) number of people—including a growing number of teachers, most of them young—are posting pictures and statuses on social media about how #BlackLivesMatter.

I’m no exception. Indeed, this growing movement has had a profound impact on the way I view my role as the white teacher of all students of color. I know it’s vital that I’m aware of the cultural differences between me and my students. I want to show them amazing literature by authors who look like them and expose them to new perspectives. I’m aware of the disparate manner in which discipline is applied at schools along racial lines. I don’t want to contribute to that disparity, or to the school-to-prison pipeline.  In a recent meeting led by teachers of color at my school, I excitedly engaged in a conversation about a cartoon that juxtaposed a white officer yelling at a black man against a white teacher yelling at a black child.

But I have a confession to make…

Most days this year, there have been few discernible differences between me and the teacher depicted in the cartoon I discussed with my colleagues. I typically raise my voice a couple times per class, and I regularly kick students out of my room. It’s rare that I don’t assign five or more after school detentions in a day, oftentimes when kids need to be addressed a handful of times in class for simply not being silent.

Much of the commentary I read on this issue speaks to an important truth: Of course children should be held to behavioral expectations and receive consequences for misbehavior, but the intense focus on discipline is demeaning and ultimately harmful. The reality, however, is that at my school and countless others, it’s extremely hard for teachers to see past the first half of that sentence.

I began my career teaching at a dysfunctional public school in a city notorious for its struggling public schools and known for its growing charter sector. Though I loved the kids and community at my old school, building politics and a desire to become a stronger instructor ultimately led me after a couple years to my current school, a charter that is part of a highly-regarded network and not far from my original school. Promised regular observations and coaching and assuming I’d have a more functional environment and stronger school culture, I felt pretty certain that I’d found a place where I’d be able to hone my craft.

But after a brief *honeymoon period,* behavior became a serious issue for me. It was a tremendous struggle to maintain silence for the *Movement, Volume, Participation (MVP) directions* I was expected to give. Kids were regularly getting out of their seats without permission while others engaged in side chatter or shouted out at any given time. Problems? Absolutely!

My school’s answer? Consequences: a system of rewards and punishments—mainly punishments—intended to suppress misbehaviors or habits that disrupt learning or reflect poor character. The vast majority of the coaching I received centered on two things: 1) gaining control of my classroom in its more frustrating moments (read: giving consequences), and 2) following through on those consequences while trying to repair relationships with the kids who received so many of these and, occasionally, their parents too.

On a personal level, I found this both anxiety-inducing and exhausting. On an ideological level, I found this approach logical but deeply problematic. I knew I was becoming the teacher in the cartoon, but I had no answer for it. I was teaching my network’s curriculum, and I was spending 12 to 15 hours per day teaching or doing school work. If there was another way, I certainly didn’t have the time or energy to think of it.

In the end, I followed my coach’s advice: Establish order, use consequences and parent phone calls to achieve compliance, and *urgently monitor* students throughout the entire class period. Now I can comfortably say that I’ve become pretty good at getting my kids to sit down and shut up.

The experience I’ve had at my current school is not unique to me or to my school or network. Many charters are coaching their predominantly white teaching staffs to get black and brown kids to sit down and shut up. We must be able to admit that something is going horribly wrong when this is happening.

So what do we do? Because what we’re doing is not working.

This is the moment when I imagine the most ardent supporters of schools like mine chiming in: *But it IS working!* Citing test scores, they might exclaim, *Your school is outperforming its public counterparts!* or *You’re letting the perfect be the enemy of the good! Kids are learning at your school.* Or perhaps, *Your network is sending kids of color to college at a much higher rate than your city’s public schools… THIS is what justice looks like!*

If our only concern is test scores, fine. And if we’re really interested in measuring success against the public schools we denounce as *failures,* sure.

The experience I’ve had at my current school is not unique to me or to my school or network. Many charters are coaching their predominantly white teaching staffs to get black and brown kids to sit down and shut up.

For a moment though, instead of reflexively defending a model that is, yes, doing better based on one important set of metrics, let’s be honest with ourselves: Academic *progress* at my school and others like it is coming at a cost to our students. 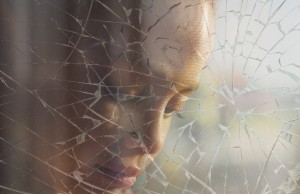 In focusing so intensely on discipline, constantly dishing out consequences because we *sweat the small stuff,* we’re stifling our kids’ creativity. We’re breeding resentment toward school in general and diminishing our students’ desire to learn. For example, I have a student who struggles with impulse control and earns an after school detention when he gets addressed upwards of five or six times per class for shouting out. It doesn’t matter that he’s reacting to something in the text we’re reading or asking an important question; he’s not meeting the expectation. Of course we need to help him gain control of his impulses, but from his perspective (and he’s not wrong!), we’re punishing him for being curious and engaged in our class.

What’s more, though often unintentional, we’re reinforcing racial hegemony with this approach to discipline. What world view do you think our kids are internalizing when they see white people at the front of most their classrooms so intent on telling them they’re wrong, so committed to punishing them? Let’s be real.

So what do we do? Because what we’re doing isn’t working.

At my old school, I figured out early on that there were different ways to foster an environment in which students could learn. I was viewed as *strict* by students, but I spent far less time on classroom management and consequences than at my current school. With few systems in place to support teachers with discipline, I found that rigor and engaging content went hand-in-hand. Because I had more autonomy over my curriculum, I was able to invest my time in framing lessons, engaging students, and building classroom culture.

In focusing so intensely on discipline, constantly dishing out consequences because we *sweat the small stuff,* we’re stifling our kids’ creativity. We’re breeding resentment toward school in general and diminishing our students’ desire to learn. 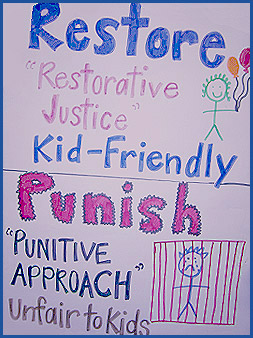 But even with a stronger curriculum and a renewed focus on engaging students, there will always be some who misbehave; they’re kids. When this happens, we already know there is an alternative to the punitive approach so many schools are taking today. Therapists and social workers work, but they cost a lot of money. Restorative practices work, but they too require serious investment as well as a paradigm shift around how individuals and schools address behavior issues. This means sacrifices. They’re worth it.

More generally, we must also accept that some things can’t be perfectly quantified and prioritize them nonetheless: Kids’ creativity, empathy, independence, and so on.  The changes we make must be based on a holistic assessment of the work we’re doing by kids—the measurable short-term effects, along with the long-term ones.

Perhaps most important of all, we must be open and honest about what we’re doing and the impact we’re having. No one has the answers yet. But the arrogance built into the growing charter school movement is preventing us from having the conversations we need to have about what’s working and what’s not. Admitting our faults has political implications, but what’s the alternative?

If this movement is truly built on *choice,* then we must be transparent. Let’s let parents make informed decisions for their kids, understanding the real tradeoffs. Let’s enlist them to be a part of the conversation. Their voices can only make us and everyone better.

We too have a choice between opting for a system that will produce results at the expense of our kids’ love of learning or committing to finding something better, difficult as it may be. Because right now, *sit down and shut up* isn’t cutting it.