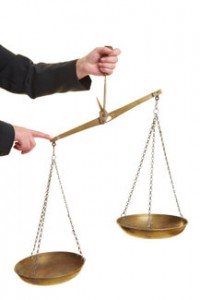 Quick reader: if you dramatically scale up schools in which students have fewer rights than students who attend traditional public schools, with what do you end up? If you answered *more students with fewer rights,* congratulations! You have won the opportunity to learn more on this important, yet little discussed topic. Our expert witness today: one Dr. Preston Green, a professor of law and educational leadership, who has been monitoring a series of court rulings regarding the rights of students in charter schools. Or make that the lack of rights. Dr. Green warns that both state and federal courts have issued rulings stating that students in charters do not have the same due process rights as public-school students. So what does this mean for cities like Los Angeles where a dramatic expansion of charter schools is on the table? *Half of the publicly-funded schools in Los Angeles might be legally permitted to ‘dismiss’ students without due process.* says Dr. Green. *We have to ask ourselves if such a scenario is acceptable.*

I asked Dr. Green to explain some recent court rulings on student rights, and how they relate to the larger debate over whether charter schools are public or private entities. Take it away, Dr. Green. Court is in session…

By Preston Green
Charter advocates claims that charter schools are *public schools* because *they are open to all, do not charge tuition, and do not have special entrance requirements.* But what about student rights?  State and federal courts have issued rulings suggesting that students attending California charter schools do not have the same due process rights as those enjoyed by public-school students. In Scott B. v. Board of Trustees of Orange County High School of Arts, a state appellate court found that charter schools were exempt from due process procedures that applied to public-school expulsions. In reaching this conclusion, the court observed that the state education code generally exempted charter schools from rules that applied to traditional public schools, and the expulsion statute was one of those rules.

In reaching this conclusion, the court observed that the state education code generally exempted charter schools from rules that applied to traditional public schools, and the expulsion statute was one of those rules. 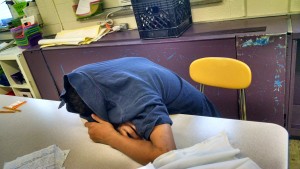 The Scott B. court also distinguished charter-school dismissals from public-school expulsions. The court characterized charter schools as *schools of choice* that children were not required to attend. Thus, when a charter school dismissed a student, that student could immediately return to a public school. By contrast, a student who was expelled from a traditional public school had to complete the terms of his expulsion before returning to the public school systems. In other words, the court concluded that charter-school dismissals didn’t raise the same due process concerns as public-school expulsions. But as Rosa Hirji, the co-chair of the Children’s Right Litigation Committee of the American Bar Association, has pointed out, California school districts don’t always take back students who have been dismissed from charter schools with open arms.

State actors?
The issue of whether charter schools are considered *state actors* is also relevant here. In Caviness v. Horizon Community Learning Center, the U.S. Court of Appeals for the Ninth Circuit Court, which has jurisdiction over California, held that a private corporation that operated an Arizona charter school was not a *state actor* with respect to employment decisions under 42 U.S.C. § 1983. In the Caviness case, a teacher claimed that a charter school fired him without due process, thus depriving him of his civil rights in violation of § 1983. The court ruled that the charter school statute exempted the corporation from all rules related to school districts, including rules requiring hearings after dismissals.

Under the analysis used by the Caviness court, California charter schools might not be considered *state actors* for student discipline purposes. Last year, California legislators had the opportunity to address this problem. Senate Bill 322 would have guaranteed that charter-school students receive the same due process rights as public-school students. The California Charter Schools Association opposed the bill, which has since been tabled. 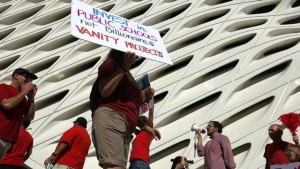 Major implications
The Scott B. and Caviness decisions have major implications for a city like Los Angeles, where Eli Broad has proposed shifting half of Los Angeles’ public school students into charter schools. If Broad gets his wish, then half of the publicly-funded schools in Los Angeles might be legally permitted to *dismiss* students without due process. Also, other charter schools in Los Angeles might refuse to enroll these dismissed students because of their legal status as *schools of choice.* Furthermore, the city’s public schools might refuse to enroll some of these dismissed students, but instead treat the charter schools’ disciplinary decisions like expulsions. To put it bluntly, the only educational option that might be left for some dismissed charter school students would be alternative schools.

If Broad gets his wish, then half of the publicly-funded schools in Los Angeles might be legally permitted to *dismiss* students without due process.

We have to ask ourselves if such a scenario is acceptable. Parents might be inadvertently signing away their children’s due process rights when they attend charter schools.

Preston Green is the John and Carla Klein Professor of Urban Education at the Neag School of Education at the University of Connecticut. He is also a professor of educational leadership and law. Read more of his scholarship on the legal status of charter schools here and here. Follow him on Twitter at @DrPrestonGreen.