Can a new generation of young, Navy SEAL-like teachers finally club the achievement gap out of existence? 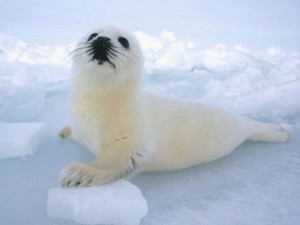 Hedge funder Whitney Tilson argues that a new generation of young Navy SEAL-like teachers can club the achievement gap out of existence.

Can a new generation of young, Navy SEAL-like teachers finally club the achievement gap out of existence? That is today’s fiercely urgent question, reader, and believe it or not, I do not ask it in jest. The call to send in the SEALs comes from hedge fund manager and edu-visionary extraordinaire Whitney Tilson. When Tilson read this recent New York Times story about high turnover among young charter school teachers, he went ballistic, to use a military metaphor. After all, turnover among Navy SEALs is also very high, notes Tilson, and no one complains about that.

Bigger rigor
So how exactly is the young super teacher in an urban No Excuses charter school like a Navy SEAL? Better yet, how are such teachers NOT like SEALs? Both sign onto an all-consuming mission, the SEAL to take on any situation or enemy the world has to offer, the teacher to tackle the greatest enemy our nation has ever known: teacher unions low expectations. But as Tilson has seen second hand, being a “bad a**” warrior is exhausting, which is why SEALs, like young super teachers, enjoy extraordinarily short careers.

But the work is incredibly intense and not really compatible with family life, so few are doing active missions for their career – they move on into management/leadership positions or go into the private sector (egads!). Could you imagine the NY Times writing a snarky story about high turnover among SEALs?! 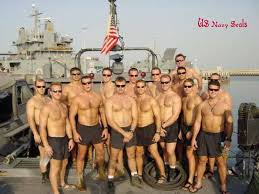 Cream of the crop
Egads! indeed, reader. In fact, now that I think of it, *crushing* the achievement gap in our failed and failing public schools is almost exactly like delivering highly specialized, intensely challenging warfare capabilities that are beyond the means of standard military forces. For one thing, the SEALs are extremely choosy about who they let into their ranks, just as we’ll need to be if we’re going to replace our old, low-expectations teachers with fresh young commandos. Only the cream of the crop make it to SEALdom, and by cream, I mean “cream” colored. The SEALs are overwhelmingly white; just 2% of SEAL officers are African American.

See the world
And let’s not forget that SEALs and new urban teachers both get plenty of opportunities to experience parts of the world they haven’t seen before. The elite Navy men train and operate in desert and urban areas, mountains and woodlands, and jungle and arctic conditions, while members of the elite teaching force spend two years combating the achievement gap in the urban schools before they receive officer status. And while Frog Men live on military bases, our commando teachers increasingly live in special encampments built just for them.

And here is where our metaphor begins to break down ever so slightly
Of course, there are a few teeny tiny areas where the SEALs differ from the young teachers who will finally club the achievement gap out of existence. There is, for instance, the teeny tiny matter of the training that the SEALs receive: 8-weeks Naval Special Warfare Prep School, 24-weeks Basic Underwater Demolition/SEAL (BUD/s) Training, 3-weeks Parachute Jump School, 26-weeks SEAL Qualification Training (SQT), followed by 18-months of predeployment training, including 6-month Individual Specialty Training, 6-month Unit Level Training and 6-month Task Group Level Training  before they are considered deployable. TFA, which Tilson praises for its “yeoman” work in recruiting and grooming the next generation of urban teacher hot shots, relies upon an, ahem, somewhat different approach…