Betsy DeVos’ top advisor led a for-profit university that defrauded students and hoovered up federal student aid. Now Robert Eitel is tasked with *right-sizing* the Department of Education. What could possibly go wrong?

Jennifer Berkshire: This week Betsy DeVos announced that she was tasking one of her top advisors, Robert Eitel, formerly of Bridgepoint Education, Inc., with overseeing the *right sizing* of the Department of Education. Bridgepoint has something of, um, an interesting backstory that I’d like you to walk us through. Start in 2005 when the company purchased a nun-run Iowa college and blew it up into an online behemoth.

Christopher Crowley: So Bridgepoint Education was started by a group of former University of Phoenix executives who were able to get Wall Street seed money and then used that money to buy a small college in Iowa called the Franciscan University of the Prairies. When Bridgepoint bought the college in 2005, there were around 300 students enrolled, taught mostly by the nuns who founded the school. Bridgepoint changed the name of the school to Ashford, and by 2010 there were more than 80,000 students enrolled, mostly online. That’s huge.

Berkshire: I’m not much a numbers person, but numbers are really required to tell this story, because, as the Senate HELP Committee notes in their report on the for-profit higher education industry *Bridgepoint has experienced some of the most dramatic increases in student enrollment, Federal funds, and profit of any company examined.*

Crowley: When Bridgepoint bought Franciscan in 2005, the college was going bankrupt. The tota

l amount of student loan money that Franciscan was taking in at that point was $3 million. But less than two years later, the school, which was now called Ashford University, was getting $81 million in federal student aid and reporting profits of $3.1 million. By 2010, Ashford University reported $216 million in profit and was receiving $613 million in federal student aid funds. Part of the reason for this was a huge drop in how much less they were spending per student. Franciscan spent about $5,000 per year, per student on instructional costs. Ashford spent just $700. That’s an 86% reduction in spending over five years. That money went to pay for lavish executive compensation as well for marketing and recruitment. By 2010, Bridgepoint was spending $211.6 million on advertising, more than any other publicly traded education company in the United States at the time.

Berkshire: Franciscan had something that is in hot demand among the online education disruption crowd: it was an accredited institution. But it also had a teacher prep program that the Bridgepoint folks seem to have been very interested in. In fact, a big part of Bridgepoint’s plan for global domination seems to have involved an online teacher certification program. How did that work out?

Crowley: The Franciscan University of the Prairie happened to have an approved online Masters of Arts in Teaching program, which was something that Bridgepoint was very interested in. Bridgepoint saw teacher education, which has long been regarded as a cash cow for many universities, both public and private, as a big opportunity. With Wall Street money and a huge advertising and recruitment budget, they sought a massive increase in the size of the program, and students from all over the country started signing up. The program was entirely online, which meant that the instructors never actually saw their students. And the practical experience that students were getting in the field—this is where they’re working with children—was essentially left up to the students themselves. So you have people in this for-profit online teacher education program who were choosing, for example, a daycare that a relative ran out of their basement. As long as students had someone who could fill out the paperwork, that counted as the practicum for student teaching. That was just one of the problems that resulted in the program losing its accreditation.

Berkshire: But wait, there’s more! Bridgepoint’s response to having Ashford’s teacher training program shut down wasn’t to fix the problems but to find a state that wouldn’t care about the problems. But what state would that be? 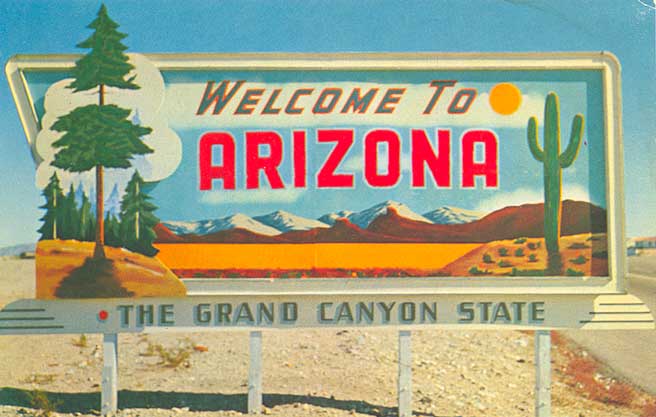 owley: That would be Arizona. After Bridgepoint lost the ability to certify students through the online MAT program, they formed a partnership with another college in the least regulated environment they could find.  Students could get an online BA from Ashford with a concentration in education, then go through the online teacher education program at Rio Salado Community College in Arizona. And when they finished, they’d be eligible for a teaching license in Arizona. What’s frustrating here is that the regulatory apparatus did what it was supposed to do and shut down a program that was doing a disservice both to the students in it and to the children they were going to be working with in the future, and Bridgepoint basically figured out a way around it.

Berkshire: You’ve spent extensive time digging through the results of the US Senate HELP Committee’s investigation into Bridgepoint, including student complaint emails. Some of the emails that are hardest to read are the ones from students who’d been misled by Bridgepoint into thinking that they could graduate from Ashford and become a teacher.

Crowley: When Bridgepoint closed the online certification program and started their new program, which was an online BA with a concentration in education, people didn’t understand that it wouldn’t lead to a teaching license. You could get a degree in education but you couldn’t teach with it. But Ashford wasn’t clear about this. So you had students who’ve been recruited in ways that were clearly predatory spending all kinds of money and investing a lot of time thinking they’d end up with a teaching degree. The complaints submitted to the HELP Committee convey incredible frustration. Here’s a student, for example, who filed a complaint with the Committee saying that *I was really blown away to find out that I had spent so much time and money at a College that I was not going to be able to obtain my teacher’s license from.* That’s a common theme in the complaints. Students were told by recruiters that they’d be able to teach when they finished their degree only to find out that they had to enroll in an additional program, and that their license would only be good in Arizona.

And now DeVos has rolled back the regulations that the Obama Administration had put in place to protect, say, students who took out massive loans as a result of predatory recruitment from the schools themselves. It seems crazy until you consider that DeVos is relying on a lawyer from Bridgepoint Education to advise her. For students who ended up at Ashford, though, it’s a perfect storm of awfulness.

It seems crazy until you consider that DeVos is relying on a lawyer from Bridgepoint Education to advise her. For students who ended up at Ashford, though, it’s a perfect storm of awfulness.

Berkshire: I want to dwell for a moment upon the six words you just uttered. Not *it’s a perfect storm of awfulness* but *it seems crazy until you consider*… Again and again in writing about the DeVos/Trump education vision, I’m struck by how critics are focused entirely on the wrong metrics. A university with a 5.1 % completion rate, for example, seems like a *failure factory.* But if you understand that the goal is actually to hoover up federal money in the form of student loans while paying your executives a ton, the model makes cents. So do Bridgepoint’s *investment* priorities, like employing 1,700 recruiters but zero career counselors. 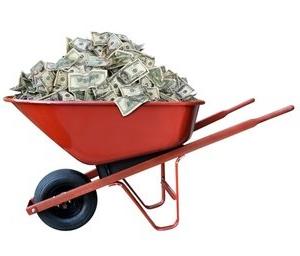 Crowley: Bridgepoint Education operates under a business model predicated on the funneling of public money into private sector pocketbooks. It’s essentially a private for profit company that is funded by taxpayers, who subsidize the entire industry through federal student aid programs. That’s money, by the way that could be invested in public programs. I would argue that the for-profit higher education system is the most heavily subsidized sector in the US right now. It’s not the military. It’s not Lockheed Martin. It’s not healthcare. It’s for-profit higher ed. And this is at the same time that states are reducing the amount of funding they provide to our public institutions. I work at a public university and we hear constantly about the state budget, *oh the state budget,* and being told that we need to figure out how to do more with less.

One other point I want to make: had it not been for the Senate HELP Committee doing their investigation and subpoenaing internal documents from Bridgepoint, no one would know any of this. If researchers wanted to study Bridgepoint and its approach to online teacher preparation, for example, the company doesn’t have to share any of that information because it’s a proprietary institution. They might say, for example, that these are trade secrets in a competitive marketplace. But the Senate Help Committee put together thousands and thousands of pages, so you get to see the actual student complaints. To see the way that recruiters talked about the teacher prep program, and the emails that students sent—it’s horrific.

Berkshire: Since the election of President Trump, Bridgepoint’s stock has risen by more than 40%, fueled largely by excitement over the fact that the industry is now tasked with the task of overseeing itself. I’m trying to decide whether to bet big on for-profit ed, for-profit prisons, personalized learning or some winsome combo of the three…

Crowley: What we saw during the Obama years was a big reduction in the number of students who were enrolled in for profits. At the peak, there were some 2 million students enrolled in for profits and that number dropped roughly in half. You’ve also seen some high profile closures: ITT Tech, Everest College, Apollo is undergoing a leveraged buyout. There’s been some shrinking, but a lot of that has come as a result of increased scrutiny.  Now we’re seeing those regulations rolled back, which is exactly what lobbyists for the industry have been pushing for. The deregulation agenda, by the way, is the same as what we’re seeing in teacher education: a major push to remove the barriers and let more actors enter the field.

Christopher Crowley is an assistant professor of teacher education at Wayne State. Follow him on Twitter at @c_b_crowley.

And don’t miss the latest episode of the Have You Heard podcast: DNA Test – The Ancestry of Charter Schools.