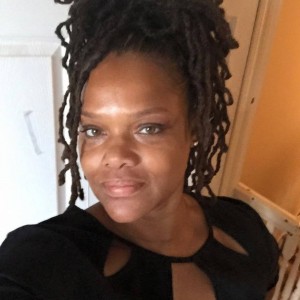 There is a sentiment among some folks in the black community that teaching our children respect for authority through strict discipline will save them from falling victim to violence, jail or being killed at the hands of the police.

Historically, black parents, especially those of us in low-income communities have often used strict discipline coupled with love and support as a means to protect our children. So I’m not surprised when I hear of parents who welcome the *no-excuses* discipline methods employed at some urban schools.

The belief is that because of the color of our skin there is no room for mistakes, and in the real world we may not get a second chance. Therefore, the training ground for this dismal reality should extend to the classroom.

I understand why many parents feel the need to use discipline to protect their children, but I reject this notion in the classroom. I certainly believe that classrooms must be safe and orderly and that students must face consequences for misbehaving in order to maintain a healthy and productive learning environment. However, the emphasis on order and discipline, especially in urban schools where children of color are the majority, can be demeaning to students and their families. It can lead to a style of classroom management that excludes one of the key elements of education: engaging children. It may also give parents the false notion that strict discipline is the driving factor in their child’s educational success.

Many people have declared that poverty isn’t a barrier as long as low-income students of color receive a quality education. But it’s as if some are saying that the only way to educate our children is through strict control, which may leave out creativity, discussion and critical thinking in classrooms. 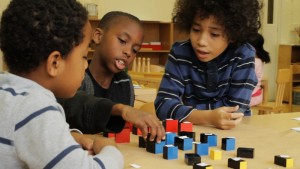 Just like any other children, ours are curious. Young learners are compelled to explore their environment and ask questions—this is when learning happens organically. By doling out punishments like candy on Halloween for infractions as minor as calling out of turn or not tracking the teacher, we run the risk of stifling children’s natural desire to learn, especially during the early years.

Education that’s all about strict control also dismisses a child’s voice. If the aim is to lift our children out of poverty through education, we must also take care to empower them to believe in the power of their own voices and ideas. It’s how great leaders are born.

Education that’s all about strict control also dismisses a child’s voice. If the aim is to lift our children out of poverty through education, we must also take care to empower them to believe in the power of their own voices and ideas. It’s how great leaders are born.

It’s deplorable to defend teaching that mimics animal training and extreme discipline practices in the name of a school’s success record. Usually the children who have the most needs are the ones that suffer, and if we push our most vulnerable children away, then it’s hardly a success at all. In fact, it perpetuates the school to prison pipeline. After all, we’re relegating children to alternative schools that continue to fail children. Many of these children who are pushed away drop out of school and ironically end up in the hands of the justice system.

Please spare me such sentiments as *but it works* and *parents want it.*  Sweatshops work when the bottom line is producing goods with cheap labor for a profit, but they are hardly fair or justifiable.

Yes, some parents want it. When our history tells us that minor missteps may leave your fate in the balance and questioning authority may get you killed, who wouldn’t want it? When our neighborhood schools are underfunded, under resourced and subsequently shut down, and the schools that boast high rates of success through order and discipline are the only other alternative, where do we turn? When one makes a choice because they don’t have any other options, it’s actually not a choice at all—it’s desperation. Sometimes we’re lucky; decisions made out of desperation at times turn out well. But not always. And I worry about that. 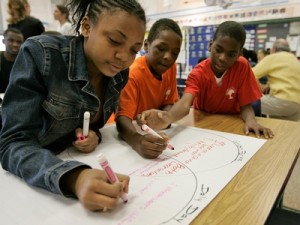 When drafting discipline policies for schools, cultural and historical nuances must be considered. What may appear to be buy-in from communities of color, may actually be a decision borne from the fear that non compliance and less-than-so-called respectable behavior will yield tragic consequences.

Like all parents, we want our children to have access to a quality education—a chance to rise above their circumstances. If given the choice between engaging and respecting our children even when they are labeled disruptive—versus using punitive discipline and control to manage classrooms and students with high needs—I’m sure most of us would choose respect and engagement.

Like so many parents in educationally under-served areas, I was desperate to find a school that would meet the needs of my children. I consider myself lucky to have found a school where their educational success is driven by a love for learning and respect for them as individuals.