What Joel Klein’s “life story” tells us about about Education Reform, Inc. 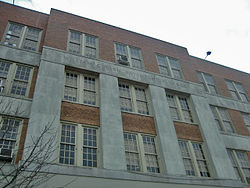 So Joel Klein’s father was not an illiterate turd farmer who once tore up the pages of young Joel’s only book and smoked them in his corn cob pipe—what’s the big deal??? When you are literally trying to close the achievement gap with your own bare hands, facts have a tendency to stray. The important thing is that Mr. Sidney Harris, the teacher whom Joel Klein credits with rescuing him from a low-expectations hell, inspired Klein to launch his life-long crusade against teachers.

If you’ve missed the latest scandal to rock the hallways of Education Reform, Inc, allow me to break it down for you. It turns out that Klein wasn’t adopted by African American sharecroppers, and that little flourish he throws in on the edu-stump about having dyslexia and being locked in the closet at school only to be freed by a sassy barkeep, midriff barely covered by her parent-trooper t-shirt? That’s fiction too. But the ending, where Klein is hired by Rupert Murdoch, to peddle edu-products to the public schools while playing the part of a high-minded innovator, that alas is all too true.

To be fair to Chancellor Klein, he is only the latest rephormer to be caught wandering deep into phantasy land. In fact, the #edreform world is so riddled with serial truth stretchers, edu-exaggeraters and outright fabricators that whole archetypes of misleading-ness have emerged. Reader, please join me as we meet some of these Rephormy Little Liars for ourselves. Note: Members of the EduShyster premium club will want to have their wine boxes at the ready.

The miracle teacher
This life-long educator spent two years in Teach for America accomplishing unbelievable pheats and performing untold edu-miracles along the way (see below), before moving on to a job at an approved Education Reform, Inc. organization. Special home town shout out to rephorm phave Jason Williams, chief of Massachusetts Stand for Children. Mr. Williams’ two years in TFA were so innovative, so outstanding that he was nominated for California Teacher of the Year, an accolade that is only open to LIFO lifers with at least 8 years of experience.

Pheats of strength
It is essential that the rephormer lay claim to almost unimaginable successes, particularly in regards to test scores and achievement gap closing. See Rhee, Michelle, who claimed that after the three years that she taught at Baltimore’s Harlem Park Elementary school, 90% of her student scored at the 90th percentile or higher. Now that is @#$% outstanding! And was also found by researchers to be demonstrably phalse.

The miracle school
The miracle school is just like a regular school only 100 times more innovative and with 1000 times more best practices. Best of all, the miracle school has students that are EXACTLY THE SAME as the students who attend sucky public schools—which proves once and for all that poverty absolutely does not matter. Journalists are particularly susceptible to the myth of schoolus miraculous, particularly when the head of said school is comely and blonde, presiding over an army of energetic young teachers and a full complement of toothy minority children. As a rule, the inevitable de-miracle-izing of the school will receive nowhere near the attention as the initial phanphare, meaning that continued claims regarding pheats of strength will live on…

The miracle student
The miracle student is a required ingredient for ANY of the above. The miracle student will have a name that indicates minority status (Jamal or Rosa) and, thanks to his or her miracle teacher or miracle school has overcome unbelievably low expectations and is now firmly in the 90th percentile and college bound. While Jamal and Rosa appear frequently in rephormer success narratives, there is one goal that these high achievers haven’t yet realized: obtaining a top job (and earning top dollar) at an education rephorm group. Next time kids!