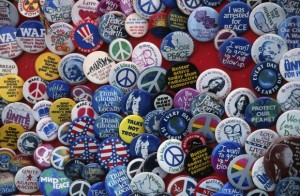 By Sarah Lahm,
EduShyster Academy
I don’t know about you, but when I was in college (#darkages), being part of a *student-led* group meant sitting around in someone’s dank dorm room, plotting how to get to the nearest town to buy beer. Oh, and one time, some of us wild and crazy know-it-alls actually wrote an editorial about a certain professor, who insisted on grading us according to a rigid numerical scale.

Now, of course, we would recognize him as a data-driven genius, but back then, assigning numbers to students was considered reductive and demeaning. But I digress. Today’s young go-getters would never stand for such meek and minimal *student-led* activities. No, no, no. Today’s social-justice infused future transformational leaders have recognized that no one gets anywhere without a whole lotta spin control, and I’m not talking about the laundry. Here’s how I got schooled…

Behold the People’s Forum
My schooling began with the announcement that a *People’s Forum* for school board candidates was being held in Minneapolis. Mysteriously, no one’s name—person, group, or corporation—was listed on the invitation, which promised that this would be a *Community Forum.* I will admit that the air of mystery intrigued me. Whose community? What people?

Whispers quickly flew, and it was revealed that Students for Education Reform, that beloved dynamo of civil rights action (*Shall I compare thee to the Freedom Summer?*), was the group, I mean the *people,* behind the forum. My curiosity was further piqued by a media advisory that somehow landed in my inbox. It was from none other than a Ms. Lillian Nottingham, not of forest fame, but of Group Gordon, a swanky New York PR firm. 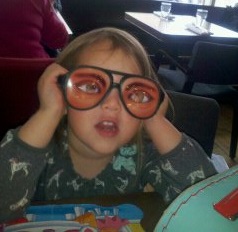 PR Goggles
I was appropriately distracted by the glamour and green-tinged elegance of Group Gordon, winner of the 2014 SABRE award for Best Boutique Agency employer. Suddenly, it didn’t matter who or what they were representing! But I snapped out of it. I had to know: what is Group Gordon, and why do they care about a little old school board forum in Minneapolis? A quick phone call to Ms. Nottingham yielded results. She picked up the phone immediately and told me that the *People’s Forum* was being hosted by the *People’s Committee.* Oh, my!

At which point things got a little sticky…
I cut right to the chase: *Who are these people and which one of them is paying you to promote their forum?* Things got a little sticky at this point. It seemed as though Ms. Nottingham was not expecting any kind of inquiry, as if it was totally normal for a prestigious New York PR firm to promote a school board event in Minneapolis.She told me that Group Gordon was working on behalf of the SFER Action Network. Oh really, I said.

I pushed further: So, a group of social justicey college students—as members of student-led SFER—are paying you to promote their events? I assumed they wouldn’t have that kind of money.

Well, I wouldn’t assume that, said Ms. Nottingham. I don’t know who is paying our retainer.

Retainers: not just for tweens
Eschewing transparency and accountability in favor of mystery and anonymity is totally hot these days in education reform circles, by the way. The good news is, when these SFER students graduate and enter the teaching profession (that is the goal, right?), they won’t have to give up their glorious public relations support network. No way! They can simply join the teacher-led haven of Educators 4 Excellence, whose sticky PR situations and fiercely urgent promotional needs are handled by an even swankier New York public relations outfit: SKDKnickerbocker. 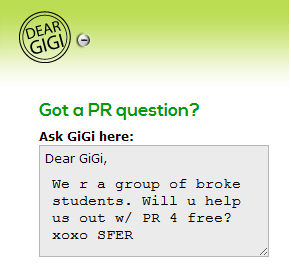 Back to School
Hey, college students, are you busy making that all important *back to school* checklist? I hope so! School is coming fast. Allow me, a seasoned veteran of going back to school (more times than I care to remember), to assist you with your list:
1) Scope out dorm room before roommate arrives. Be sure to put all of your stuff on the best side of the room first.
2) Find out where you can sell plasma, for those lean days of ramen, beer, and emergency room visits (trust me, it will happen).
3) Aggressively price shop for an exclusive, New York-based PR firm to show the world just how social justicey you are.