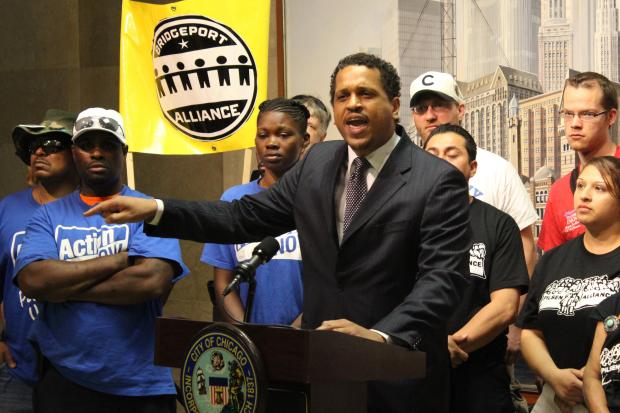 Jennifer Berkshire: I meet a lot of principals these days who express strong objections to policies and mandates that they think are harmful to kids—but few seem to feel comfortable expressing their opinions publicly. Why do you think that is?

Troy LaRaviere: I was at an event recently and someone asked *why are principals afraid to speak out?* One of my colleagues responded that *It’s not that we’re afraid; we’re just being strategic about how we move forward.* I’d never really thought about it this way before, and it hit me that the difference between being fearful and being *strategic* is meaningless because, if you’re scared, you avoid telling the truth because you’re afraid of the consequences. But if you’re being strategic, you fail to tell the truth because you’re trying to avoid the consequences. However you define it, fear or strategy, you’re not speaking your truth because you know there will be consequences from the governmental bureaucracy in charge of the public schools. There is no place for such a fear of government in a constitutional democracy.  That is part of why I tell my truth; the primary reason is to stand up for students, but a secondary reason is to test our democracy—to be an example of an ordinary citizen that believes that the First Amendment is both powerful and real.  It is a meaningful expression of my own patriotism.

Berkshire: You wrote a powerful op-ed in the Chicago Sun Times last summer in which you argued that principals in Chicago are both maligned and voiceless under Mayor Rahm Emanuel. How did your colleagues react? 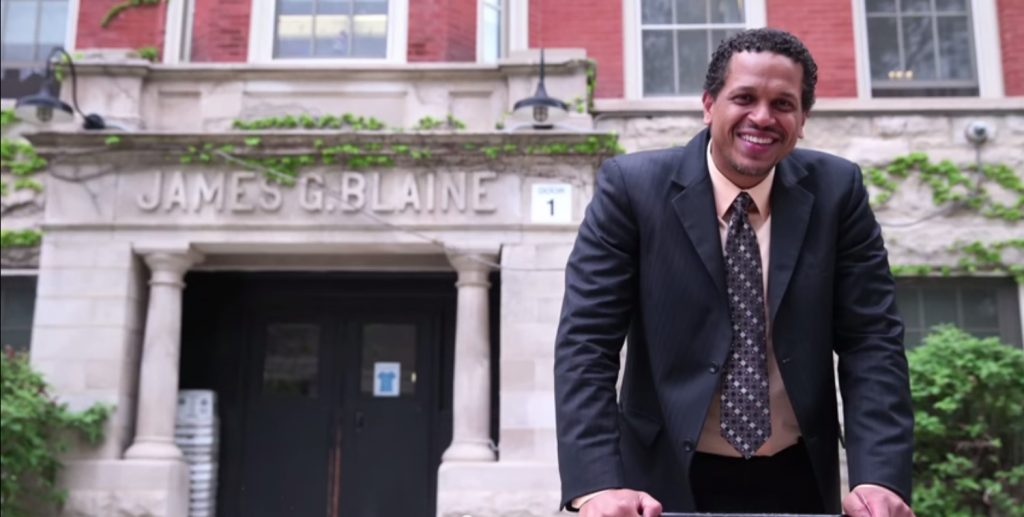 LaRaviere: I’d say that 95% of what I got was gratitude. In fact, the day after my op-ed appeared, a woman called my school and insisted on talking to me personally—she wouldn’t leave a message. She said she wanted me to hear the joy in her voice that someone had finally put into words what she and so many of her colleagues had been feeling for so long. Most of the parents here at my school respect what I’m doing. In fact, a few principals told me that after my speech at City Hall, they got pressure from their parent groups to be more vocal as well. Because the city had just cut the budget. There are so many people with hidden agendas in this world that I think a lot of people assume I must want something—that I want to be mayor or alderman, or I want to be the new CEO of the Chicago Public Schools. It’s difficult for people to believe that I really just want for my colleagues and I to be able to run our schools and do what’s best for kids, the way the evidence shows is best for kids, in a system that supports our efforts to do that. That’s it.

Berkshire: So it sounds like you’re not going to be announcing your race for mayor here today. But you have some seriously harsh words for Mayor Emanuel. In fact, you delivered some of them right outside of his window at City Hall last summer. What’s your main criticism of him?

LaRaviere: The MO of this administration—and the one before it—has been to take services that the public pays for and benefits from and hand them over to a private corporation that benefits from our loss. You know, I used to wonder why Emanuel left the White House to come to Chicago. I thought *he must really love it here to leave the White House to come and be mayor.* I didn’t get the trade off, but now I get it. If you want to rob a bank and rob it blind, what better way to do it than become the bank president?  As mayor, he has created contractual relationships that direct the flow of tax revenue from services that benefit Chicago residents, toward schemes that enrich private corporations.  And it’s not just the current tax dollars; his administration also used the school district’s bond issuing power to borrow additional dollars that we’re going to have to pay back to venture capitalists, vulture capitalists and corporate CEOs.  The Chicago Tribune just exposed the fact that our schools will lose $100 million to banks and investors who will profit from this administration’s financial schemes.  Again, that’s their MO—whether it’s charter schools or risky bond issues—the residents of Chicago lose, and private corporations and investors are put in position to profit from our loss.

Berkshire: I should warn you that I have a serious weakness for gentlemen who aren’t afraid to use the word *privatization.* And you’ve been using it a lot these days.

LaRaviere: Because that’s what’s been happening in Chicago and in the Chicago Public Schools. I’ll give you a perfect example. CPS just spent $20 million that should be going to the children of Chicago and put it towards principal training to be provided by an organization called SUPES Academy. Now I don’t know a principal who hasn’t said that it’s horrible. It’s poor quality and it’s a waste of our time. I believe in training when it’s effective but this is ineffective. Our students and the people who dedicate their lives to serving them lose and this private company benefits from our loss. I just attended a procurement workshop put on by CPS and they told us about all of these scenarios that are unethical and exactly what you have to do in order to purchase something that costs more than $10,000. I raised my hand and said *and where does the SUPES contract fall in this?*

Berkshire: They must love you at headquarters… Have you gotten any pushback from either the city or CPS?

Berkshire: I want to talk a little about your school, Blaine Elementary in Lakeview. It’s one of Chicago’s top-performing neighborhood schools so I want to give you an opportunity to talk about how you came in and crushed the achievement gap with your bare hands. 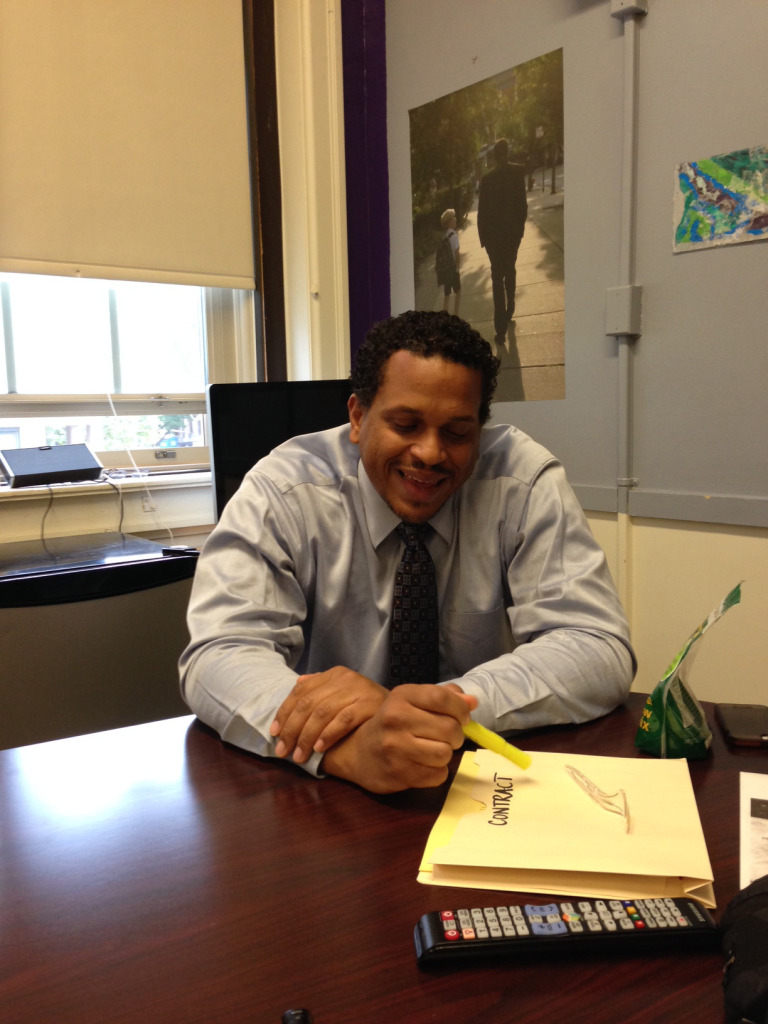 LaRaviere: I’d like to be able to tell you that we improved because I came in with these wonderfully innovative ideas but that would be a lie. We grew because we came in and looked at the research in terms of systems around the world that outperform ours and we did what the evidence says should be done. For example, tracking. When I got here we had a gifted program which meant that some kids got taught a year ahead and others were in a *regular* curriculum track. However, when you have a curriculum gap, you’ve guaranteed you’ll have an achievement gap. No high performing system in the world tracks their kids in elementary school. Slowly but surely we gave the formerly low-tracked students access to the advanced curriculum, and we put in supports so that those kids who needed extra help with the increased challenge got the support they needed. We made several other changes as well, and they were all based on the research literature on the characteristics of high performing school systems.  When I got here we were at 79% meets standards, last year we were at 89%. That’s 50 kids who used to not meet standards who now meet them.  We have a pretty solid population in terms of the academic foundation they get at home, but we also serve students from two homeless shelters and over 35% of our students come from groups that are typically at the lower end of the achievement gap.  At Blaine, we’re working to narrow that gap.

Berkshire: Well that sounds straightforward enough: look at the research and the evidence, throw in some best practices. Hey—have you told CPS about this?

LaRaviere: Unfortunately the *solutions* that principals at schools serving low-income students and black and Latino students are being forced to implement are in complete contradiction to what best practices and research says works for students. Here’s an example: putting students on computers. They’re in a school with teachers and basically you’re saying *take them away from the most important resource they have, their teacher, and put them on a computer.* This is the kind of solution you come up with when you don’t listen to education professionals or researchers who’ve studied this their entire adult lives but to hedge fund managers, venture capitalists and corporate leaders.

Berkshire: I feel like I’m reading my own blog! So if hedge fund managers et al are not driven by the fierce urgency of best practices, what is it they have on their minds?

LaRaviere: When you ask a venture capitalist about education reform the first thing on his mind is not a student. The first thing on his mind is the $5.8 billion that the Chicago Public Schools spends and how he can steer some of that towards his profit margin. And you can’t steer it towards your profit margin unless you take some of it away from students. The biggest expense in any school system is labor. You can’t have a professional teaching force and profit from it. You have to deprofessionalize teaching so that you can depress the wages. This is at the very heart of school reform: the depression of wages. And you can depress wages through many different schemes: charter schools that don’t require certification and pay lower wages, or this idea of virtual schools that don’t have education professionals who need to be paid.

Berkshire: Any last words of encouragement for your school leader peers elsewhere who have something to say but have been wary of speaking up?

LaRaviere: Tell your truth. If you don’t want to say what you know is right for fear that you’ll be fired by your government, which is who we work for, then go to your eighth grade social studies classrooms where they’re studying the Constitution and tell them that it’s all a lie. Tell your students that the First Amendment is an ideal, but we don’t have it. If you’re not willing to say that to your eighth grade students, than tell your truth. It’s as simple as that. Just tell your truth.

Troy LaRaviere is the principal of Chicago’s Blaine Elementary School and a leader of the Administrators Alliance for Proven Policy and Legislation in Education or AAPLE. Contact him at troylaraviere@gmail.com.

Send tips and comments to tips@haveyouheardblog.com. Note: this post is part of my look into Chicago’s grand education reform experiment. You can learn more about my project and support my work here.