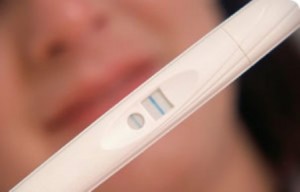 Girls at a Louisiana charter school got pregnant after their boyfriends released the parent trigger.

When EduShyster heard that a Louisana charter school is requiring girls suspected of being pregnant to take a pregnancy test–and kicking out anyone who tests positive–my first thought was: now that’s a high stakes test. Followed by: what a great idea! After all it is a well known fact that pregnant teens do not score well on standardized tests due to hormone induced wooziness. Also, their posture tends to suffer, especially in the third trimester, and there can be “no excuses” for that.

Now the school’s policy, laid out very clearly in its policy manual, makes perfect sense–or it would if this were the Hester Prynne Charter Academy and the year was 1642.

The Delhi Charter School curriculum will maintain an environment in which all students will learn and exhibit acceptable character traits that govern language, gestures, physical actions, and written words…

If an administrator or teacher suspects a student is pregnant, a parent conference will be held. The school reserves the right to require any female student to take a pregnancy test to confirm whether or not the suspected student is in fact pregnant. The school further reserves the right to refer the suspected student to a physician of its choice. If the test indicates that the student is pregnant, the student will not be allowed to attend classes on the campus of the Delhi Charter School.

So everything was going just great until the ACLU got wind of the policy and got all civil rights buzz kill about it. Something about how it “violated Title IX of the Education Amendments of 1972, and the Equal Protection Clause and the Due Process Clauses of the U.S. constitution.” Doesn’t the ACLU get that the only civil rights issue that matters any more is the achievement gap??? Delhi Charter School is just setting high expectations for its students including “acceptable character traits that govern language, gestures, physical actions, and written words… ”

Now I don’t actually have any idea what that means but I’m pretty sure that it does not include female oocyte merging with the male spermatozoon. (Note: there will be a question about fertilization on the standardized test unless you are attending a private Christian school under the expanded Louisiana voucher program, in which case you may not answer that question until you are married).

Sadly, Delhi Charter has already bowed to public pressure and has promised to end its policy. The question for us is, if this incident were an after school special, what lesson should we learn from it? Fortunately the answer is clear.Pregnant girls must be made to pay for their sins Charter schools are not public schools. At least they’re not “go all the way” nine months of the year public schools. When it comes to picking and choosing which laws they want to follow (labor???) charter schools might best be described as a little bit public.

As for the young men on the other side of this pregnancy tango (about whom no mention is made in the policy manual), one could argue that they’ve just exercised another version of the corporate education reformer’s fave new policy tool: the parent trigger.