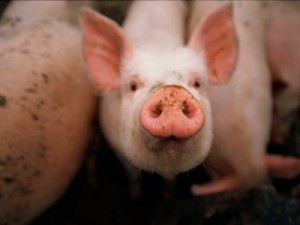 When Teach for America scored a last-minute language change in the recent debt deal—and a huge windfall—not everyone was surprised. TFA alum Kristoffer Kohl has been keeping a close eye on the organization’s extensive lobbying effort and its seemingly insatiable appetite for government pork. Now Kohl is urging other alumni to join him in speaking out against such wheeling and dealing, arguing that TFA is more concerned with championing itself than the students it claims to serve.

EduShyster: Break it down for us—how exactly does TFA benefit from the provision that was inserted into the debt deal at the eleventh hour?

Kristoffer Kohl: Basically in 2010 the definition of highly qualified was expanded to include teachers in training programs, including Teach for America. It was set to expire at the end of the 2013-14 school year but TFA’s legislative wheeling and dealing landed it another two-year extension. If that provision expires it becomes a lot more difficult for TFA to operate in schools.

ES: You wrote a terrific post about what went down, and you point out that there is actually lots of opposition to the provision TFA fought so hard to get, including among civil rights groups.

KK: About 100 groups are now part of the Coalition for Teaching Quality, including civil rights organizations, disability advocates, parent groups, and they’re specifically opposed to TFA’s definition of highly qualified. Now TFA would probably say that these organizations are standing in the way of progress, but when 100 groups line up to oppose what they see as a damaging definition of highly qualified, they’re not trying to maintain the status quo—they’re trying to ensure that we have highly qualified teachers in classrooms everywhere. The irony is that these groups are doing a better job of achieving TFA’s mission than TFA itself. 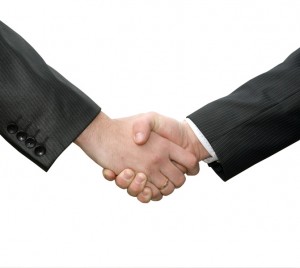 KK:  We reject that kind of wheeling and dealing when oil companies or banks are doing it, so why is it OK when it’s an organization that’s supposed to be about helping students from underserved communities? This particular example also seems counterproductive to the organization and its mission of ensuring that all students have an excellent education. TFA is taking a stand against a more accurate definition of highly qualified because it makes their work more difficult. But I’m just not convinced that teachers with 5 weeks of summer training in a very insulated teaching environment are prepared, let alone highly qualified. If we’re going to have a conversation about what it means to be highly qualified, let’s have it out in the open. I’m not OK with the politicking of all of it.

ES: You’re calling on other TFA alumni to join you in speaking out against this kind of politicking by TFA. Do you think they will?

KK: I hope so. I think alumni who are concerned about the organization and its direction have a real role to play. The lobbying aspect isn’t a piece of TFA that I think many of the alumni are familiar with—or even know exists, But I’m seeing more and more of this kind of activity. I know there are journalists working on stories that will expose the TFA’s political activity at the state level, something that hasn’t gotten as much attention. What I think all this activity shows is that while TFA is marketed as this next step civil rights issue, it’s not championing students as much as it is championing the organization. And as an alum I’d like to be proud of an organization that I’ve been affiliated with.

ES: Talk a little about that affiliation. When and where did you teach and do you consider yourself highly qualified?

KK: I joined TFA in 2006 to teach in the Las Vegas Valley. At the time Las Vegas was expanding at an incredibly fast rate and they couldn’t build schools and hire teachers quickly enough. TFA was marketed as a way to fill that gap, but as the economy has contracted, TFA teachers with no classroom experience have been displacing teachers with many years in the classroom. Seeing that really changed my perspective on the organization. I spent 4 years in the classroom and have been on a long and winding road back there. I find policy work and engagement with teachers to be very rewarding but not as rewarding as teaching students on a regular basis.

ES: If you could convince TFA to put its extensive lobbying operation behind a particular cause what would it be?

KK: I’d love to see TFA become champions of the kind of school funding bill that we have here in California that will allocate more dollars to students from underserved communities. TFA wants us to believe that if all teachers simply had higher expectations and worked harder during their years in the classroom, we could eradicate the achievement gap through force of will. But there are much deeper issues that have to do with the have and have nots of education. A lot of my work looks at what foreign countries do and the statistic that sticks out to me is that we’re one of just four countries that spends more on students from better neighborhood than we do on students from poorer neighborhoods when it comes to education. That puts students from lower-income backgrounds at a disadvantage when they’re already very disadvantaged as a group.

Kristoffer Kohl works on global partnerships and engagement for the Center for Teaching Quality. Send comments to tips@haveyouheardblog.com.