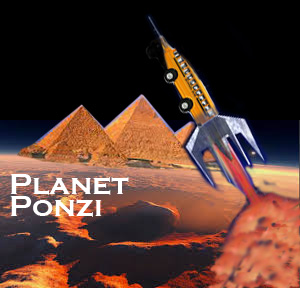 Editor’s note: Rocketship Education responded on Twitter that my post was *great fun to read* and contained *rocket word play to the max,* but that my *facts are a bit off.* For your reading pleasure, I’ve noted some of Rocketship’s specific issues with my claims and included some of the company’s responses at the end of the post—JCB

Once upon a time there was a boldly disruptive innovator who had a boldly disruptive idea. Why not turn old school schools into rocketships by fitting them with thrusters and boosters, then send them soaring into outer space where, thanks to zero gravity that keeps expectations buoyant, there is no achievement gap? Strap yourself in reader. We’re headed up, up and away to see for ourselves how this space-age disruption is faring.

Stratosphere or bust
The audacious exercise in audaciousness was off to an audacious start. Fueled by an explosive combo of Silicon Valley funding and free advertising from *journalists* who found the use of rocket-related terminology irresistible, the super cool new rocketships blasted off towards the stratosphere. Before long, ground control envisioned a whole fleet—no wait—a whole galaxy of rocketships, each populated by rocketeers excelling like never before. Why not eight schools serving up to 4,000 children in Milwaukee. Why not schools in Tennessee, Louisiana, Indiana and Washington D.C.?  Why not 2,000 schools in 50 cities, serving 1 million rocketeers? 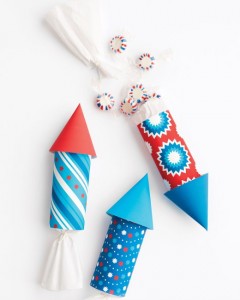 Testing, testing
But space colonization turned out to be rather more challenging than expected. For one thing, sending all of those rocketships into orbit was an expensive business, meaning that new rocketships had to be launched continuously in order to pay for the ones that were already soaring. The mothership was a hungry beast too, and required each school to fork over a 20% facility fee AND a 15% management fee. [Note: see Rocketship response below] In an old school school, that $$ would have gone to pay for outmoded freight like teachers and their salaries. But once again the mothership had thought of everything. The space-age solution: boost student to teacher ratios from 40:1 to 50:1 and *supplement* their numbers with plenty of minimum-wage-ish computer lab aids to oversee the *individualized* instruction.[Note: see Rocketship response below]

Other people’s rocketeers
The high cost of rocket fuel wasn’t the only obstacle to achieving intergalactic domination. The bold innovator’s concept—we’ll call it *minimum viable instructional products* because that’s actually what the bold innovator called it—wasn’t particularly attractive when viewed up close, especially to viewers of PBS who wouldn’t dream of sending their own kids to school in a rocket. But who needed extras like art or music or Spanish language instruction or certified teachers when test scores were blasting towards the heavens??? As for that randomized study showing that Dreambox, the minimum viable learning product that Rocketship uses to teach math to its rocketeers, has no discernible effect upon rocketeer achievement, pay no attention to the man in the government-issued spacesuit. 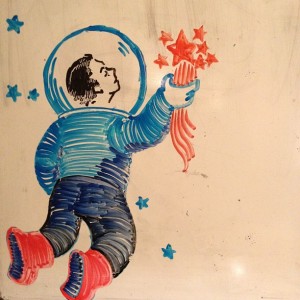 Ground control to Major John
Meanwhile the bold innovator was already striking out for new terrain upon which he could be even more bold and innovative. Next up: a start-up called Zeal that, with the aid of two Bulgarian programmers, seeks to teach 2 billion students with their phones because—well, I’d better let Major John explain it: *As learning becomes a consumer market, we think providing great tools to the 2 billion students with phones will disrupt the $4 trillion education space.* Sounds good to me, but how will the Zealots gauge the disruptive effectiveness of their new product(s)??? As Major John explained to the galactic sounding Mercury News, Zeal has already begun testing one of its first prototypes on the young rocketeers who attend a Rocketship school.

Rocket summer
And now for something completely different. When EduShyster was a young rocketeer growing up in the Heartland (note: EduShyster was not literally a rocketeer as that choice had not yet become available), one of her very favorite books was Ray Bradbury’s The Martian Chronicles. Far and away her favorite story in that collection was called *Rocket Summer* and described how summer would suddenly disrupt the depths of winter in an Ohio town with each launching of a Mars-bound rocket.

One minute it was Ohio winter, with doors closed, windows locked, the panes blind with frost, icicles fringing every roof, children skiing on slopes, housewives lumbering like great black bears in their furs along the icy streets.And then a long wave of warmth crossed the small town. A flooding sea of hot air.

It’s rocket summer, reader, and we’re in the midst of a flooding sea of hot air…

Note: A spokesperson for Rocketship contacted me regarding several of the claims I make in the post. 1) Student teacher ratios. My figure of 40:1 came from California Department of Education data regarding Rocketship Los Suenos, which has 626 students and 15 teachers, or 40 students to 1 teacher. Rocketship says their student/teacher ratio is actually 26.8:1. Here’s how they get that figure:

The confusion around student / teacher ratio is a common misunderstanding for those not familiar with our rotational instructional model.  In order to accurately capture the structure of our instructional model you have to consider the time students spend in our Learning Lab —tutoring and extra practice time—which is staffed by highly trained but not necessarily credentialed instructional staff. A simple way to look at it is, say there are 4 1st grade classes at a school. At any given time, one of those 4 classes is in enrichment, the learning lab, or lunch and recess, while the other three are in a “traditional” classroom with a credentialed teacher. The average student teacher ratio when students are engaged in traditional classroom instruction (approx.. 6 hours per day) at Rocketship is 26.8:1.

2) With regard to my claim that Rocketship schools are required to fork over a 20% facility fee and a 15% management fee, my figures are correct, but Rocketship says that it’s important to consider where that money goes.

The percentages cited are correct, but the characterization and understanding of the uses for the funds are important as well.   Rocketship does charge its schools Education Management Fees of 15% that are used to support central office services such as Accounting, Finance, HR, Professional Development, Operation Support, and Compliance / Reporting.   These services are not dissimilar to services provided by school district central offices, with similar charges that are typically referred to as Overhead Allocation of Services for financial accounting and reporting.   Additionally, Rocketship’s landlord(s) for its facilities charges an 8% Property Management Fee in order to also provide critical services relating in large part to the care of the school facilities.  This fee is within an industry standard range and would be charged as part of the overall rent structure by any commercial landlord or fee for services property manager.   The due diligence and early work related to Rocketship’s expansion necessitates funding far beyond what any portion of this fee could generate.  Rocketship raises private capital specifically for this purpose.

3) On the question of *hot air,* or whether Rocketship schools are being oversold to the communities in which the company plans to expand, here’s what the Rocketship spokesperson had to say:

Because our mission is to eliminate the achievement gap in our lifetime, we have an obligation to serve kids in communities that don’t have access to excellent schools, whether it’s in CA or other parts of the country. Having said that, Rocketship will never open a school before we’re ready. That means that, we believe we can maintain quality of outcomes, have enough exceptional teachers and leaders and we know that parents in those communities are confident Rocketship can serve their kids well. We will only grow if all of these conditions are met, and all of these conditions have been met in all of the schools we’ve opened in CA and MKE. To ensure we’re delivering quality outcomes for kids, we will not open an additional school until we hit the academic performance benchmarks outlined in our charters. No matter where we open, elected officials have to approve our charters.