How not to respond to an opt-out request…

Dear education official: when a parent informs you that their child(s) will not be participating in a standardized-test-related activity, is the appropriate response to A: inform the parent that such is his or her right under Massachusetts’ ever *evolving* position on said right (or lack thereof); B: treat the opportunity as a *teachable moment* and *drill down* into the amount of testing currently mandated by the district in question; C: mock said parents in assorted correspondence with other education officials; or D: hope that said parents don’t file a public records request and pass said mocking correspondence onto a blogger…

Teachable moment
Our story begins last year, when Massachusetts’ education officials issued a series of confusingly conflicted directives regarding whether parents here have the right to *opt-out* of the statewide tests, including a fresh new test meant to test college and career readiness. Breaking: they don’t. No wait—the official state position is that while no such right exists, school leaders may see to it that the *lil refuseniks* are afforded an alternate educational activity as long as they don’t distract the other test takers from their test taking. No wait, wait: left unresolved by this un-resolution was the question of whether parents may also refuse the practice tests that students in a growing number of districts take to practice practicing for the real test.

Malcolm in the Middle
The main characters in today’s tale reside in one of the Bay State’s most *data-driven* districts. In fact we recently encountered them as they said *thanks, but no thanks* to what they say is an obsessive fixation on assessments in the Salem, MA public schools. The parents, citing the state’s *you can’t, but then again you can* position on parent opt-out rights, argued that their kids should be able to refuse, not just the main event test, but the practice tests that eat up an increasing amount of time in data-driven districts. In other words, who do they think they are??? 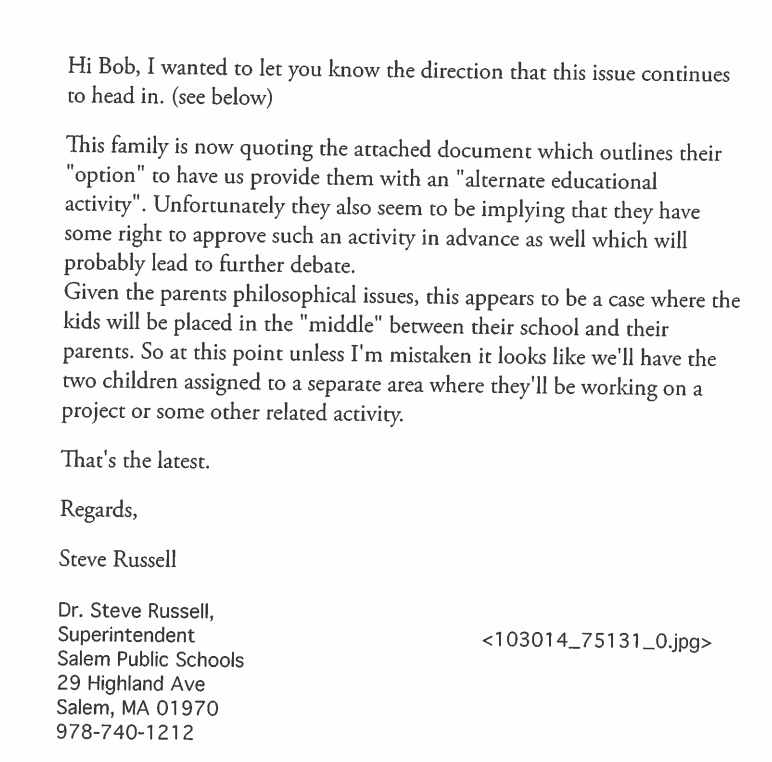 Slippery slope
In other words, we have a full-blown case of *philosophical issues* on our hands, which as anyone who is anyone knows, can only end one place: at the bottom of a slippery slope—or in a brawl in the Whole Foods parking lot. Lawyer for the state, canst thou advise on this matter?

And an escalating situation
In other, other words, this slope is even more slipperier than it first appeared. What’s next for these children who are trapped in the middle, armed only with their hemp lunch sacks? And what right have these parents to try extend their *non-existent* right? Parents: you need to wake up and smell the mandatory-ness. What’s that? You say you don’t believe in mandatory bedtimes or alarm clocks either? I’m afraid I’m going to need some additional clarification on this matter. PS: apologies in advance. No, not to you, tiresome parents. Apologies to yet another dude whose time you are a’ wasting. 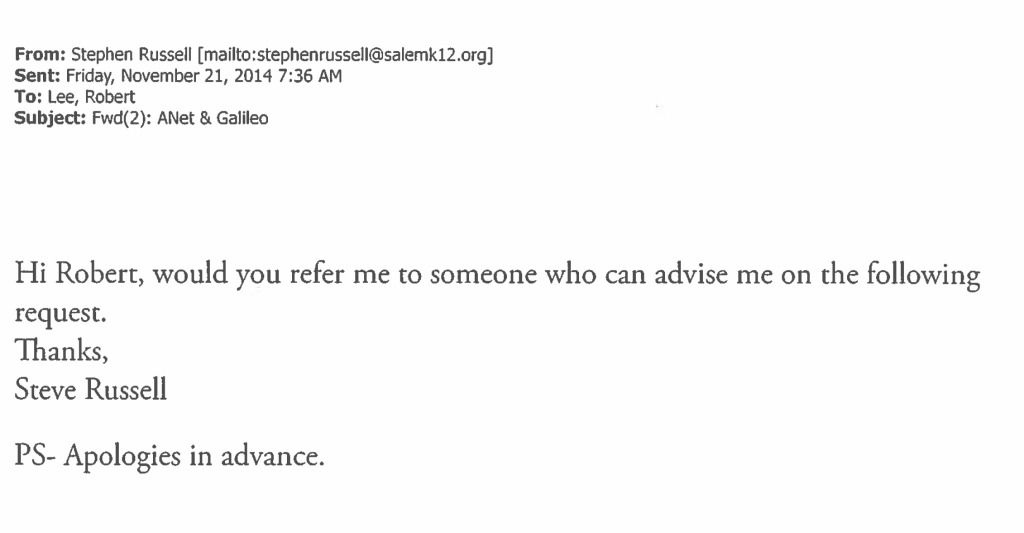 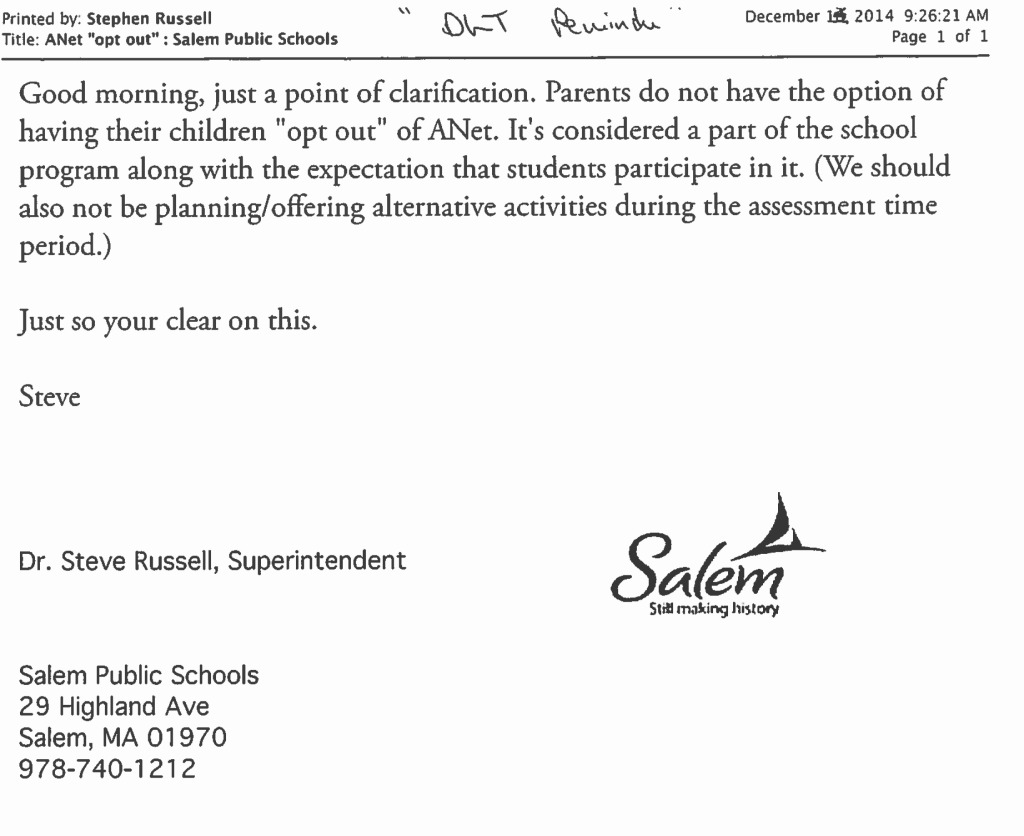 An evolving position
One other big problem with parents with philosophical issues: they tend to be hard to shake. And these parents proved to be no exception. When their district-level requests went nowhere, they followed the path laid out in the state’s elaboration of parents’ *non-existent* opt-out rights and went to the school principal, who, under the terms of the state’s evolving position, may respond to the *lil refuseniks’* refusals by giving them something else to do, like read a book. 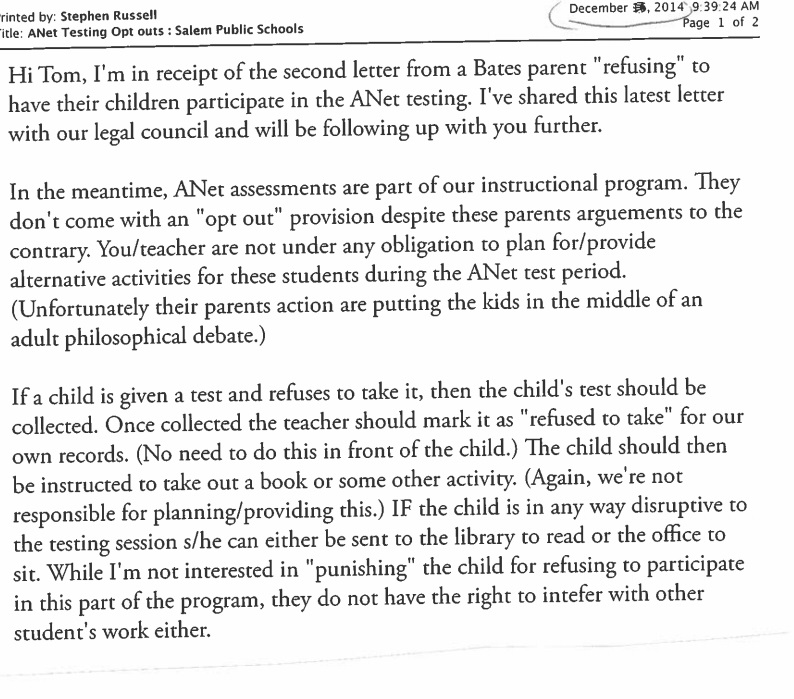 And now for an important update
The parents prevailed in the battle of *philosophical issues* vs. *evolving position*; the kids will be sitting out state tests this spring, as well as a long winter’s worth of practice tests. As father Stephen Croft told the school committee last year, other parents *need to know that they have the right to refuse these tests.*  In the meantime, as testing time hurtles ever nearer, diagnostic testing continues with a frenzy in districts across the state. By the way: students attending Boston schools that have shelled out $30K a piece for ANet testing still have to take the district’s own predictive tests. Here’s how one teacher described what these diagnostic days look like for her elementary students: *next week my students are required to take 3 standardized tests (1 ELA ANET, 1 ELA BPS predictive, and 1 Math BPS predictive. Crazy, huh?* Indeed.