A cozy, clubby place where everyone is, well, connected and conflicts of interest don’t apply… 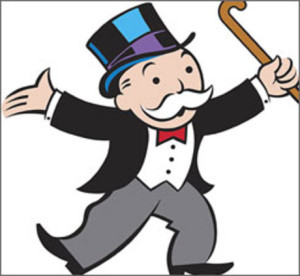 Welcome to PARCC Place, reader! It’s a cozy, clubby place where everyone is, well, connected, united in a shared urgency over the fiercely urgent cause of our time: college and career readiness. In fact, so urgent is the cause of our time that the old rules about, say conflicts of interest, no longer apply. So relax, pour yourself a scotch (three fingers since no one’s watching) and prepare to stick around. For it turns out that PARCC Place is a whole lot easier to get into than it is to exit. 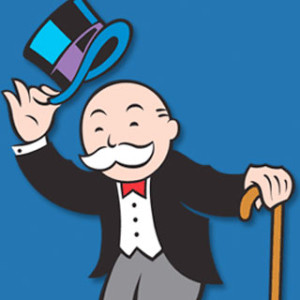 The man with many hats
I’m referring, of course, to the kerfuffle that has arisen recently in Massachusetts regarding our chief career and college readiness officer Mitchell D. Chester and his rather, ahem, unusual dual roles when it comes to the new PARCC assessments—the 21st century testing instruments intended to measure college and career readiness.

You see, Commissioner Chester wears more than one hat, as they say. Sporting his fedora of excellence, he has just presided over the start of an ambitious two-year effort to test drive the PARCC tests in more than 1,000 Massachusetts schools so that the state Board of Education, which Chester also advises, can vote in 2015 on whether to replace the old, outdated and outmoded MCAS tests with the cool new computerized PARCC edition. Still with me? But in his second hat—let’s call it his readiness beret—Chester serves as chairman of the governing board for the Partnership for Assessment of Readiness for College and Careers otherwise known as PARCC: the *multi-state consortium* tasked both with developing the new tests and relentlessly flogging them until all *multi-states* adopt them. Did I say two hats? Make that three. Chester is also a director as well as the president of PARCC, Inc., a nonprofit that’s been created to make the development and implementation of the new PARCC assessments *more effective and efficient.* (See exhibit A). Got it? Good. Because it’s test time. 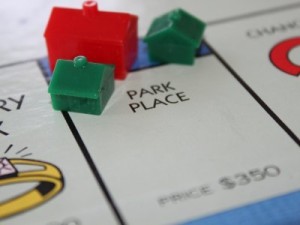 And the correct answer is
Now, exercising the career-and-college-readiness skills of observation, deduction, and proper use and evaluation of evidence would you say that Commissioner Chester’s dueling headgear as described above constitutes a. a conflict of interest b. a breach of trust c. just good common cents or d. time for more scotch? If you are a member of the Peabody School Committee [note to out-of-towners, correct pronunciation is Pea-buh-dee], the answer to this high-stakes question couldn’t be clearer. *It’s an outrageous conflict of interest and a breach of public trust,* says School Committee member Dave McGeney. The Committee recently voted unanimously to ask state officials to investigate the matter. McGeney says that Chester needs to pick a hat, any hat, but he can’t wear them all. *How can he be chairman of PARCC and also entering into agreements with PARCC on behalf of Massachusetts? It defies logic,* says McGeney. 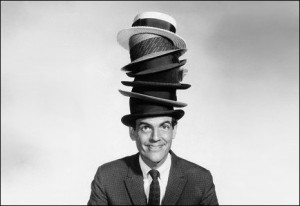 PARCC Place Rules
Except that we’re in PARCC Place, where the old fusty logic about things like breaches of public trust and conflicts of the interest variety no longer apply. Someone has to get these kids college and career ready and apparently it’s not going to be you (hater.) Besides, Commissioner Chester took it upon himself to seek advice from the State Ethics Commission about a possible conflict of interest. In 2013. Three years after Chester signed the Memorandum of Understanding (MOU) to join PARCC and became chair of its governing board. And just to be extra, extra sure, Chester also checked his hats with Secretary of Education Matt Malone and the Chairwoman of the Board of Education, Maura Banta, who was also signatory to the MOU and who will eventually vote on whether the state should adopt the new PARCC assessments. 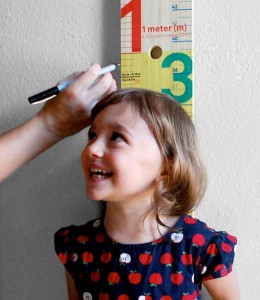 More good news
Meanwhile, some 80,000 Massachusetts students in grades 3-11 recently wrapped up the first round of PARCC piloting; they’ll resume test driving in May. Which brings us to the only question that really matters: how great are the PARCC assessments at measuring readiness, college and career style? Really great, reader. You see, drop the pesky *A,* which stands for Achieve, and the *CC*, which stands for Common Core, and you’re left with *PR,* as displayed in this handy informational assemblage of quotes, purporting to be from educators, parents and students, like Massachusetts Commissioner of Education Mitchell Chester, *responding positively to their early experiences with the assessments.*

Testingtalk.org
To find out what actual educators, parents and students really think of the PARCC assessments, you’re better off checking out the new Testing Talk website. The site includes comments and testimony from Massachusetts and beyond, including plenty of anonymous tips from teachers who are prohibited under the terms of PARCC’s strict security agreement from revealing anything about the test. You’ll laugh. You’ll cry. You will use state-of-the art drag-and-drop technology to attain a state of college and career readiness unlike any you dreamed was possible. Or you can always follow the official PARCC Twitter feed at—and I am not making this up—@PARCCplace.